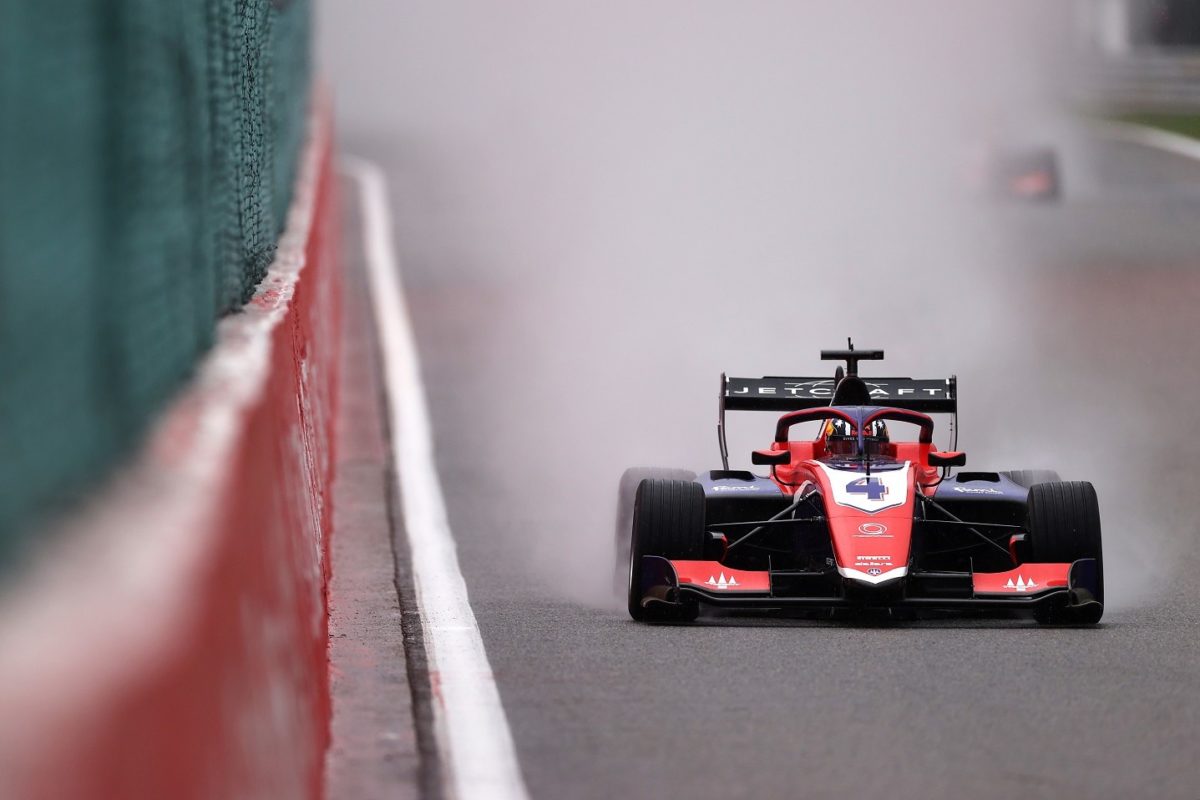 Jack Doohan has won a wet Race 2 in the FIA Formula 3 Championship’s Spa-Francorchamps round.

Doohan had qualified fastest but was put back to 12th on the grid for Race 1 per F3’s event format.

Ironically, having finished the opener in that same position, the second reversal meant he did indeed start from first position for the second encounter, alongside Trident team-mate David Schumacher.

While the rain which had been falling regularly over the Belgian circuit had ceased for the start, Doohan kicked up a plume of water as he led the field away.

He was around five seconds up when a Virtual Safety Car was called in response to Matteo Nannini’s (HWA Racelab) spin at the Bus Stop on Lap 11, and that was soon elevated to a full Safety Car due to rain.

Both were able to walk away but the race finished under yellows, with Doohan’s official margin of victory over Schumacher 0.488s. 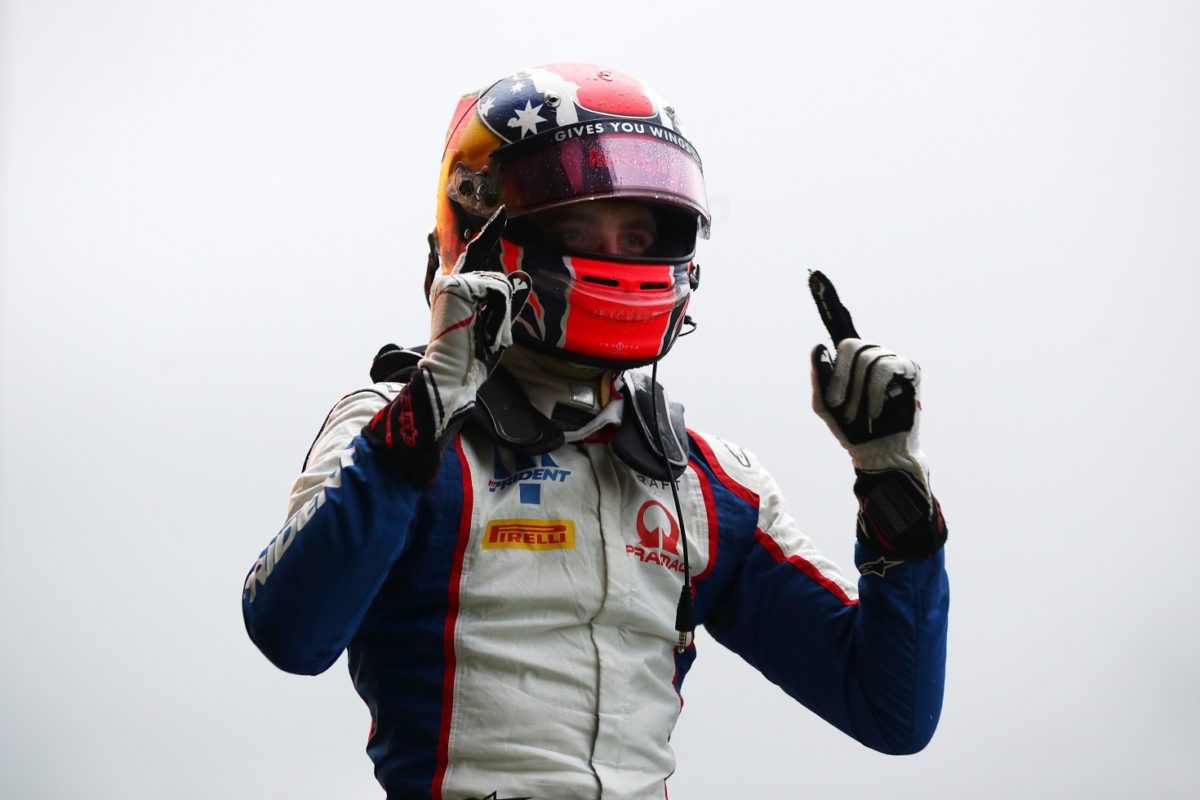 “Drier conditions than this morning, and I have to say that visibility was a lot better from pole,” said Doohan.

“I got a decent start, I wasn’t expecting it to be as good as it was, but I was happy with the getaway. From there, I was managing the rears because that is where I was quite quick early on.

“I didn’t want to be too high on the pressure and then the other guys come at me at the end, so decided to be quite conservative. But when the Safety Car came out, our tyre pressures could all lower again.

“Overall, I’m very happy. I would have preferred to win a full race and not finish behind the Safety Car, but I will take the points – game on for tomorrow.”

Earlier, Lorenzo Colombo (Campos Racing) took out Race 1, while Hauger, like Doohan, failed to score points on that occasion given he started and finished 14th.

Hauger takes a 46-point championship lead over Doohan into the third and final race of Round 5, tonight (AEST), but it is the latter who starts from pole.