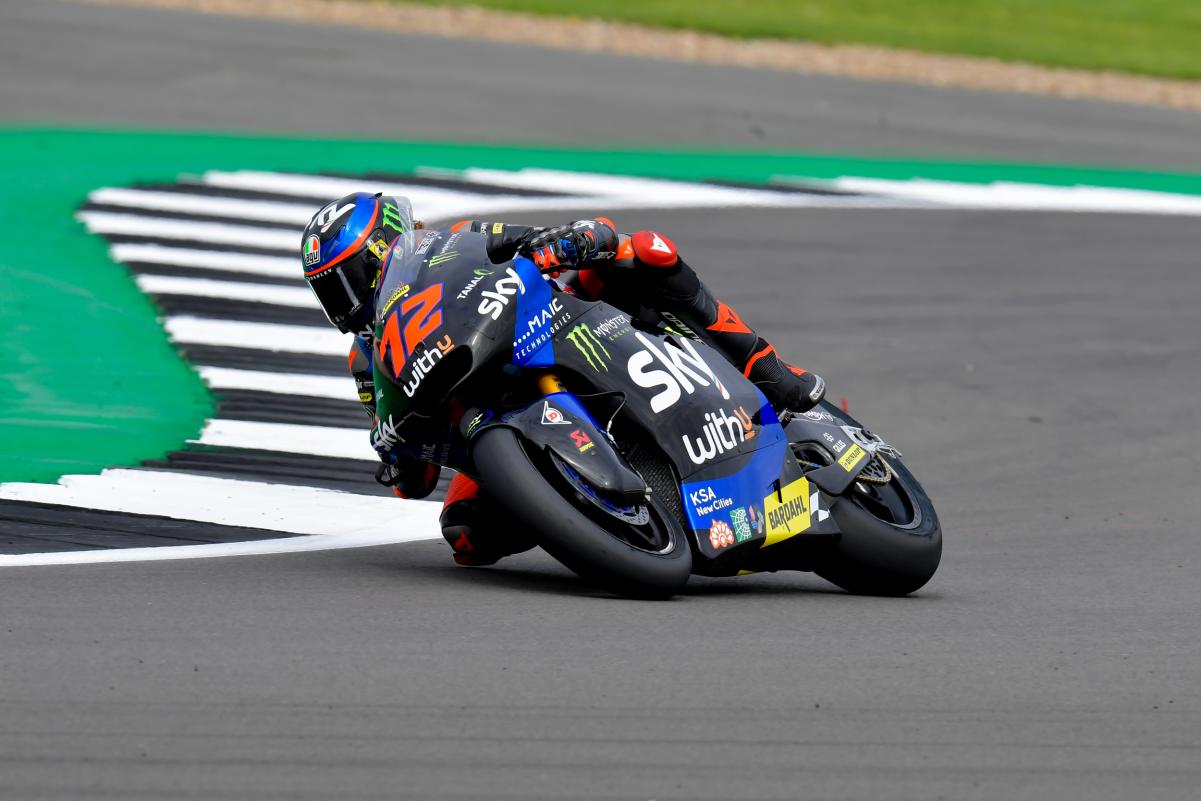 Marco Bezzecchi has taken pole for the British Moto2 Grand Prix with a late scorcher as Remy Gardner ended up fourth in qualifying.

Bezzecchi leapt from eighth to first with the chequered flag out in Qualifying 2 at Silverstone, and will be joined on the front row on Sunday by Jorge Navarro and Sam Lowes.

Lowes (Elf Marc VDS) set a 2:04.069s on his next lap, bettering the all time lap record which Aron Canet (Kipin Energy Aspar) had only just established in Free Practice 3, while Fabio Di Giannantonio (Federal Oil Gresini) rose to second on a 2:04.372s.

Gardner moved back up to second on his third timed lap with a 2:04.195s, before Navarro (Lightech Speed Up) took up third with a 2:04.204s on the first lap that he completed, despite encountering traffic.

Lowes was still on provisional pole when the chequered flag flew, but Bezzecchi was on the march to a 2:03.988s which put the #72 Sky Racing Team VR46 entry on top.

Navarro was soon across the line to snatch second with a 2:04.061s, consigning Lowes to third and Gardner to fourth.

Joining the latter on Row 2 will be his Red Bull KTM Ajo team-mate Raul Fernandez, who clocked a final-lap 2:04.209s, and Di Giannantonio.

The Moto2 race starts after that of the premier class, on Sunday at 23:30 AEST. 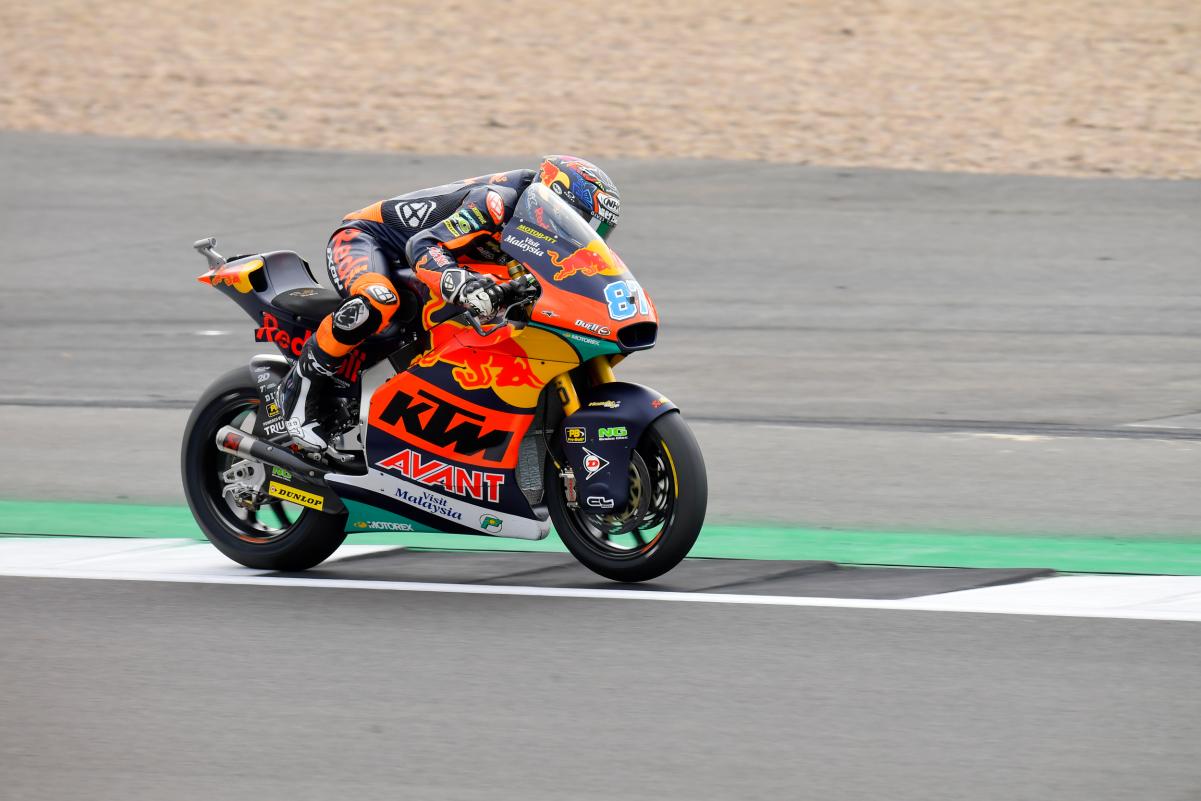