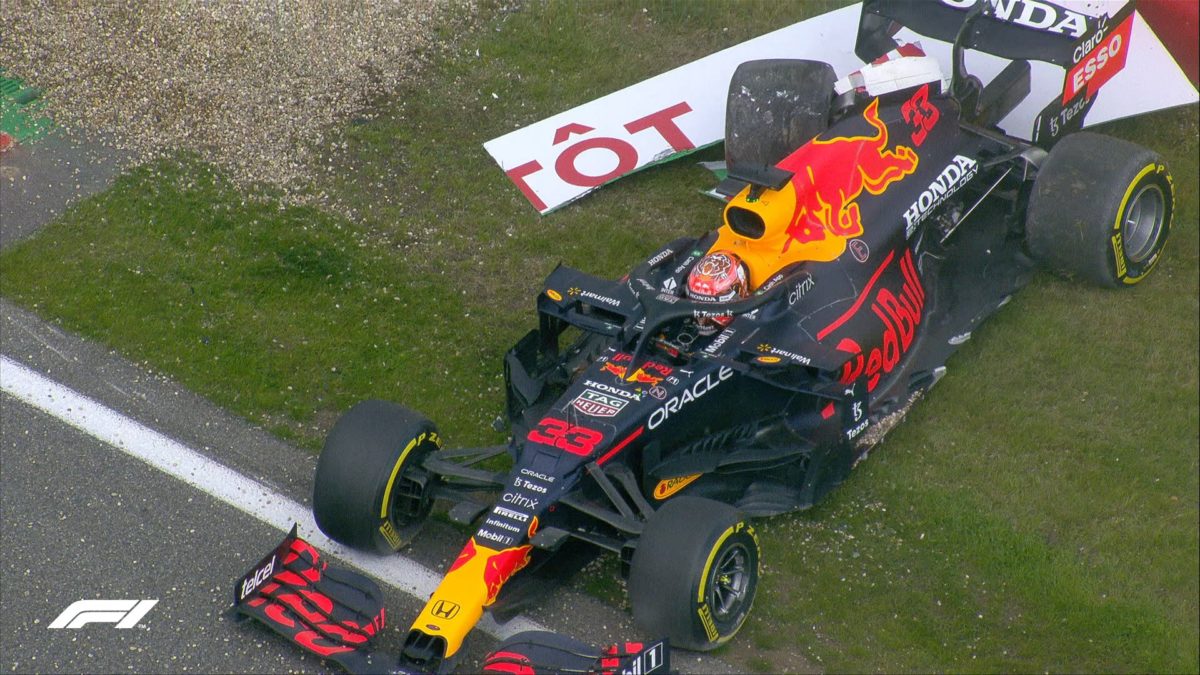 Max Verstappen was left unperturbed by the crash which saw him draw the red flag in Free Practice 2 for the Formula 1 Belgian Grand Prix.

The Red Bull driver topped the session, but ended it in the tyre barrier on the exit of Malmedy with four minutes to go.

His RB16B sustained damage to the right-rear corner after losing the car under acceleration from the right-hander.

“Just lost the rear,” he said of the crash.

“Bit too much oversteer to correct and unfortunately hit the wall.”

Despite the setback, Verstappen was happy with the way his day had gone up until that point.

The Dutchman set the fastest time during the qualifying simulation phase midway through the 60-minute session.

However, he held only a slender margin over both Valtteri Bottas and Lewis Hamilton, the pair less than 0.1s in arrears.

Even that deficit was a result of the Mercedes duo appearing to either dial back the power unit mode, or carrying more fuel in comparison to runs completed on the hard compound tyre earlier in proceedings.

Nonetheless, Verstappen was satisfied with how his Friday unfolded.

“I think the whole day we were quite happy,” he said.

“Of course, a few things to fine tune from from FP1 to FP2, and then over all very happy, so I think definitely a very positive start.”

Verstappen’s Red Bull appeared to carry more wing than either Mercedes, with Bottas in particular opting for a low downforce configuration.

While it’s an approach that will net a lap time in clear air, and look after the tyres, running more downforce would leave the Red Bull driver vulnerable down Spa’s Kemmel Straight.

However, with heavy rain predicted come Sunday, it could be a gamble that pays off.

“I didn’t change anything on my car with the wings,” Verstappen said.

“I felt happy with what I had [after FP1], but of course a few things to take into consideration with the weather as well.

“Difficult to say in the wet, because so far we haven’t really driven in it,” he added when asked how his car would perform should conditions pan out as forecast.

“But I think every day will be a bit like it was today, so definitely will be quite interesting.”

Weather at Spa-Francorchamps was mixed throughout Friday’s running, with showers interspersed with sunshine.

Both F1 sessions took place in the dry, despite threatening clouds, however conditions are expected to deteriorate, especially on Sunday.