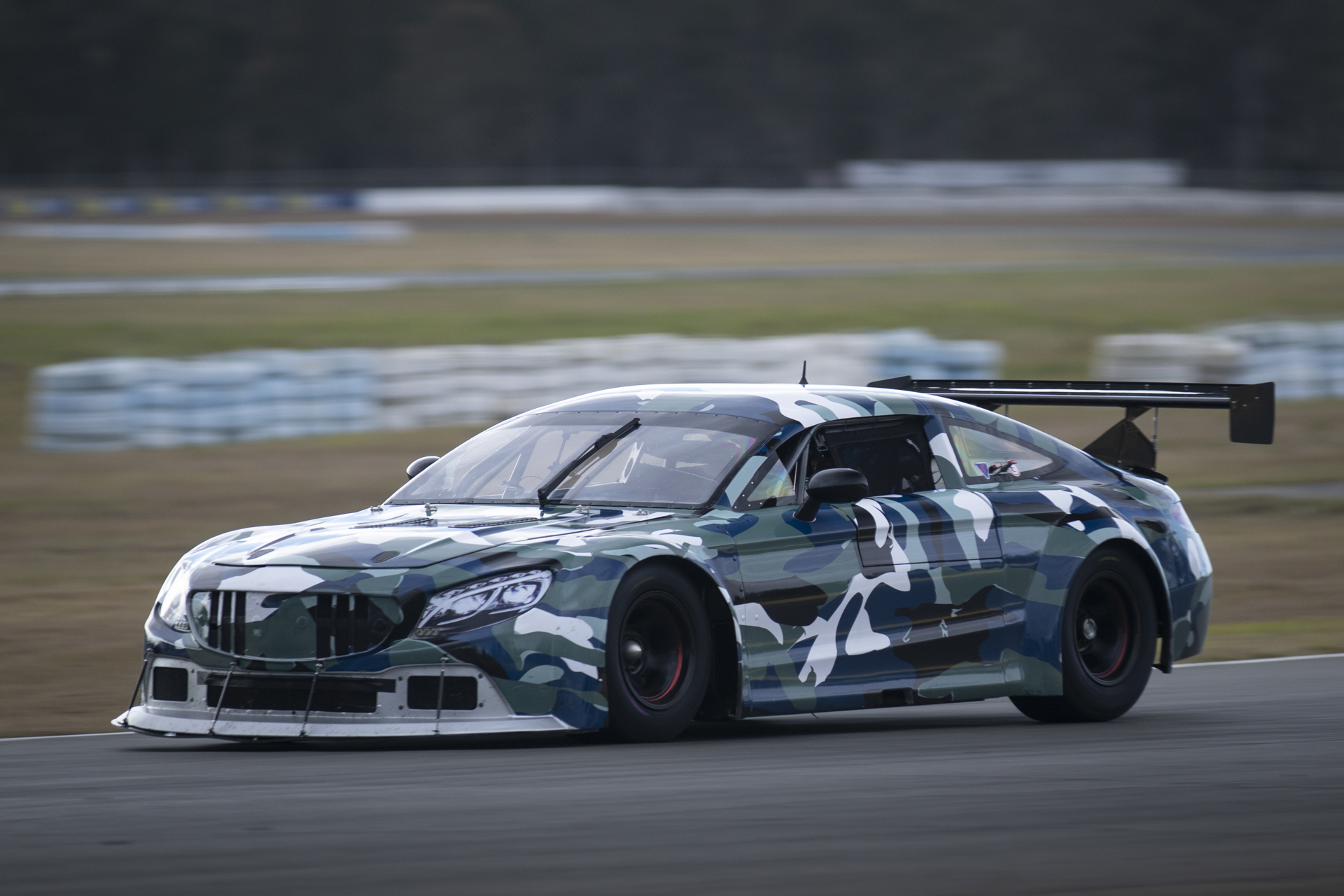 The TA2 test mule which ran with a prototype Gen3 engine isn’t representative of what the next-generation Supercars will sound like.

Triple Eight is known to have conducted at least two tests at Queensland Raceway with Shane van Gisbergen, Jamie Whincup, and Craig Lowndes all cutting laps in the car.

Speedcafe.com was at the most recent test and captured the car at full noise as Lowndes conducted the lion’s share of the running.

Owing to the absence of a muffler; the V8 was particularly loud, especially on startup and while idling in the pit lane.

On track, the lack of a shift cut meant gear changes weren’t as smooth as the current Gen2 cars.

Nevertheless, the sound was distinctly V8, although a departure from what fans will be used to.

The crate-derived engines have a single throttle body as opposed to individual throttle bodies, resulting in less induction noise.

Speaking with select media including Speedcafe.com, Supercars head of motorsport Adrian Burgess elaborated on the test.

“It will sound different from the TA2 installation,” he explained.

“We’re comfortable with the exhaust system we’re designing at the moment we’ve got the ability to shorten or lengthen the muffler or even run without it at certain places.

“We’ve got a few tuning tools for us to make sure that when we’ve got those engines in the correct installation that we can make sure we can tune them if we’re not happy with it.

“At the moment there’s nothing indicating we won’t be happy with the noise of it.”

To date, Triple Eight’s drivers have been off limits to go on the record about their experience with the TA2 test mule.

However, Repco Supercars Championship leader van Gisbergen recently spoke with television presenter Chad Neylon in which he gave his first impressions of the new motor.

“It’s very much like a [V8] SuperTourer in NZ,” said the Kiwi, in a video posted on the official Supercars website.

“Simple things like the electronic throttle; you have a lot of delay, one throttle body. We’re trying to get that better for everything. Just new processes.

“The first day we were quite conservative and the next day turned it to 7,500 [rpm] and the thing started up and I was like, ‘What the hell is that?’ It sounds awesome.

“It’s got no mufflers on it, so hopefully they keep that. On track, it sounds great and you want to keep that.”

Burgess has been working with Triple Eight boss Roland Dane as well as KRE Race Engines owner Ken McNamara who has been behind the build of the 5.7-litre V8.

“We’re talking with Roland and Kenny McNamara daily and I think they’re comfortable and happy where the engine is at the moment,” said Burgess.

“I haven’t had it [the GM engine] alongside the other [Ford] engine in terms of trying to paritise it, but we’ve got the tools available to do that.

“We don’t foresee any problems there. I think at the moment, I’d like to think everyone is reasonably under control.”