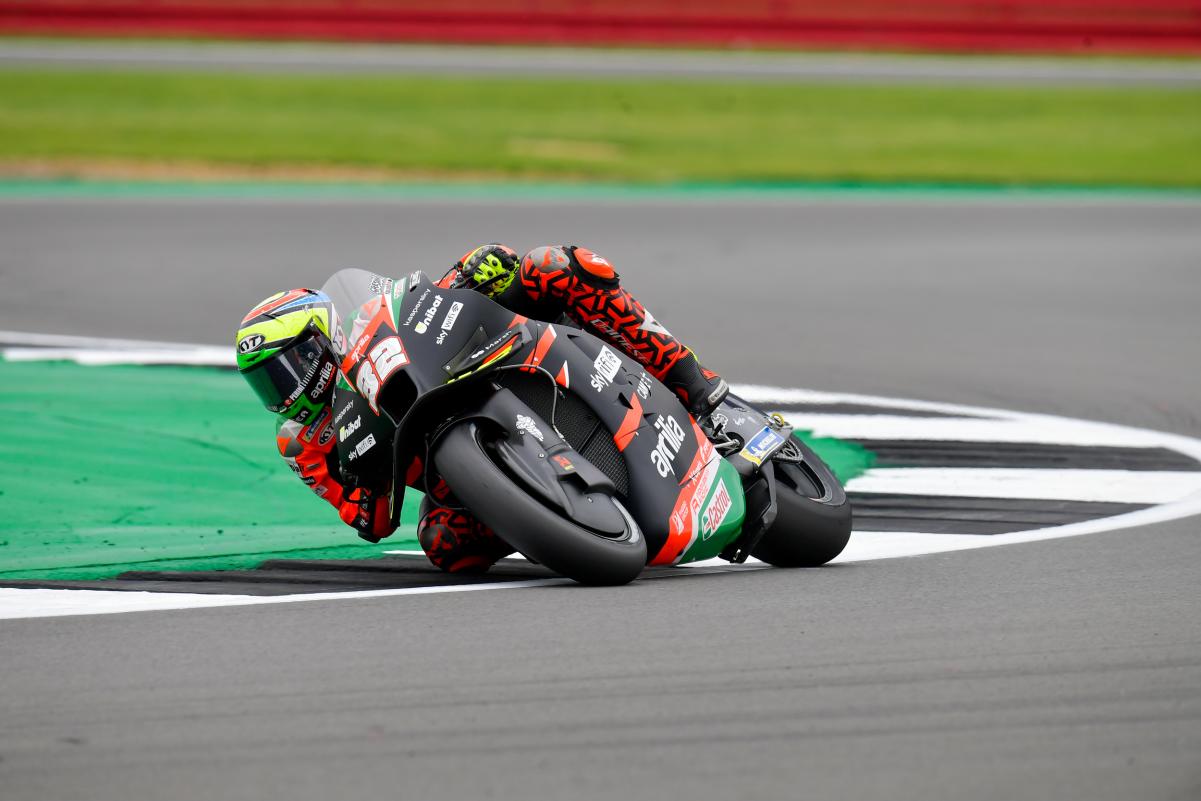 Aprilia’s Lorenzo Savadori, who missed the last MotoGP race due to injury, has now been withdrawn from the British Grand Prix.

Savadori broke an ankle bone in a crash three weeks ago in the Michelin Grand Prix of Styria, when he ran into Dani Pedrosa’s stricken KTM, and underwent surgery.

He sat out the Austrian Grand Prix a week later, but rode in the opening two practice sessions this weekend at Silverstone.

However, the Italian will take no further part in Round 12 of the season due to an ankle injury, presumably that which he sustained at the Red Bull Ring.

“For sure, the track doesn’t help; there are some high-speed changes of direction where you push on the ankles and I feel pain,” said Savadori after Free Practice 2 at Silverstone.

“I expected to be more in shape, but some things you can only realise in the saddle and to ride a MotoGP bike at 100 percent, you have to be well.

“In FP2, I did not lap much so as not to worse the situation; for sure, my ankle is limiting me.”