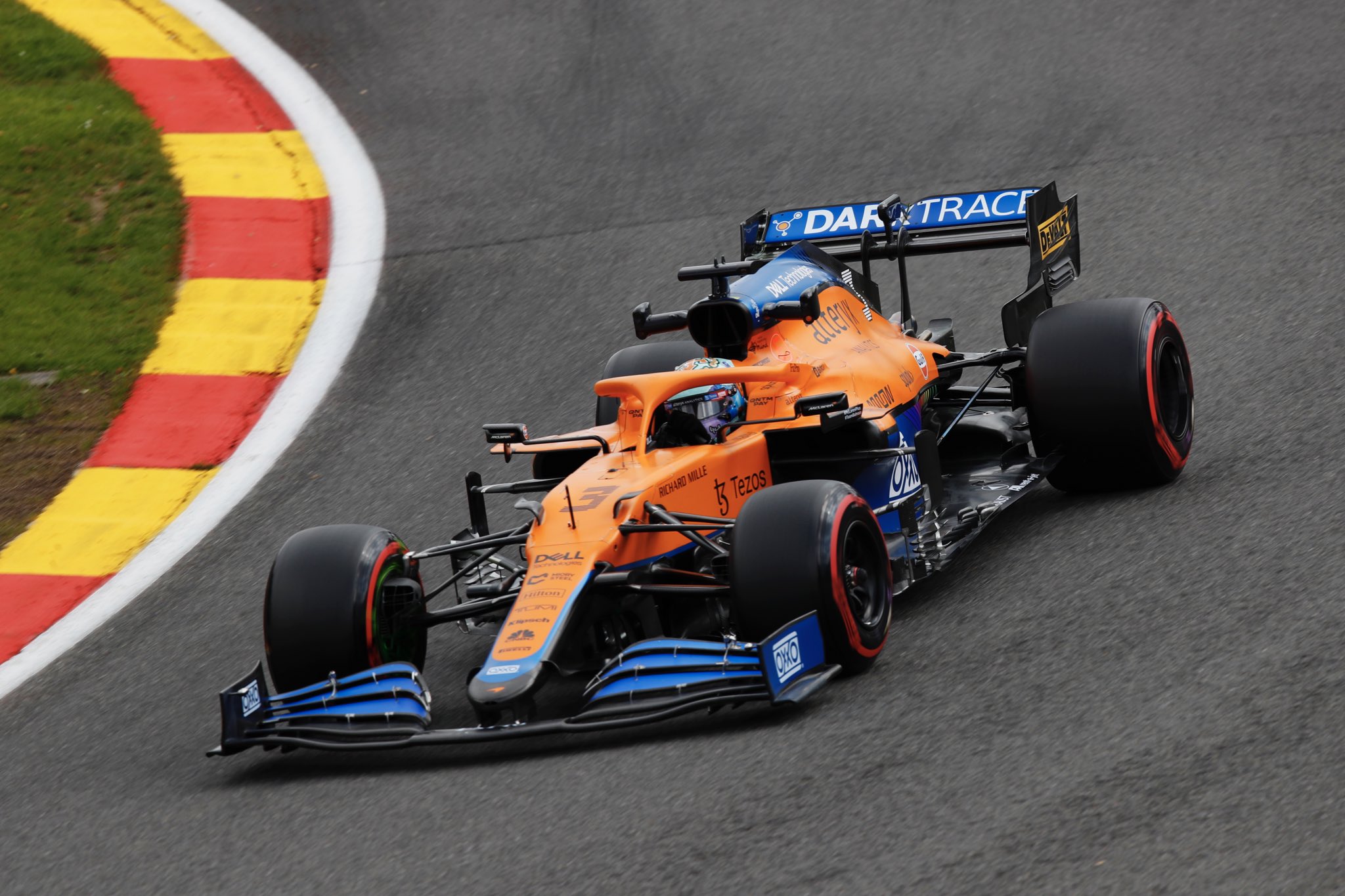 A lack of Friday pace on the soft compound tyres does not concern Daniel Ricciardo as he prepares for Sunday’s Formula 1 Belgian Grand Prix.

The Australian ended Free Practice 2 with just the 15th best time, 1.6s away from Max Verstappen’s benchmark lap of the session.

That followed on from having been 12th fastest in the opening practice session, 1.5s away from the outright pace.

Varied conditions complicated running on the opening day in Spa-Francorchamps, with rain dousing the circuit ahead of both 60-minute outings.

However, dry running dominated proceedings which were otherwise only interrupted by two red flags in FP2.

“Our performance on the soft tyre wasn’t great but I think we have a good understanding why, so I wouldn’t say I’m concerned about today’s times,” Ricciardo said of his Friday.

“It was pretty decent on the hard.

“We made some steps with set-up, so we’ll try to make a bit more of a step tonight and learn a bit more,” he added.

“It was a steady day. We avoided the rain for the most part, so we’ll see what happens tomorrow.”

Across the garage, team-mate Lando Norris was left in a similar boat; happy, but looking to move forward on Saturday.

“We made some good improvements with the car, we tried some things between sessions and I think we have a good direction to explore overnight so we can go into FP3 and qualifying with a slightly better car,” he said.

“It’s been tricky, especially with the weather, but I’m confident that we have a good enough car to bring the challenge to the competition tomorrow and get a good result in qualifying.”

Rain is expected to remain a feature for the balance of the weekend, with upwards of an 80 percent chance throughout Saturday’s running.

It’s a similar case on Sunday, with heavy rain predicted as temperatures barely climb out of single-digits.

Cars are back on track for the final 60-minute practice session from 20:00 AEST tonight, with Qualifying to follow at 23:00 AEST.