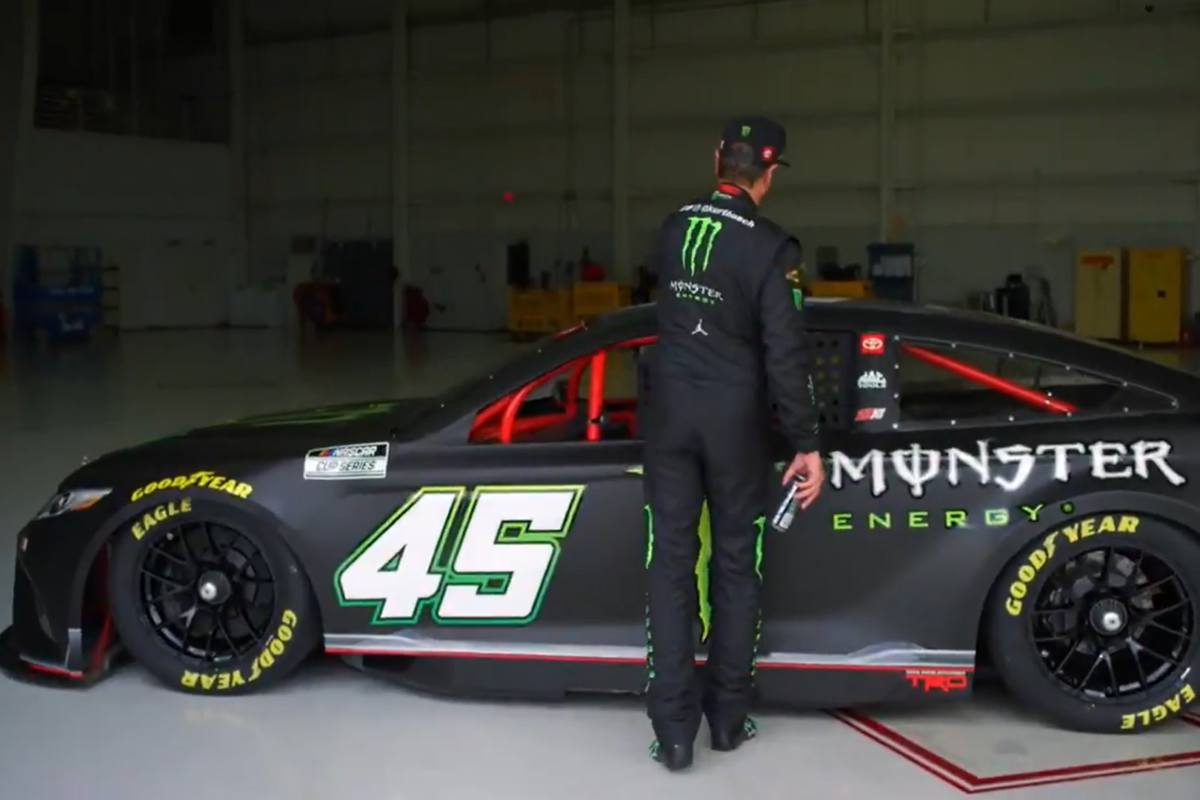 NASCAR competition numbers will be shifted forward when the Next Gen car debuts in racing next year.

From 2022, the numbers will be placed just behind the front wheels, instead of taking up most of the ‘door’ space.

The look broke cover in a 23XI Racing video released to announce the signing of Kurt Busch for next year’s Cup Series, and was subsequently confirmed by NASCAR itself.

“The Next Gen car features a smaller quarter panel, therefore impacting space available for sponsors,” explained NASCAR in an announcement on its official website.

“Moving the number forward will allow more space for logos.”

We got our guy.

The change follows the experiment with placement of competition numbers just in front of the rear wheels for the 2020 All-Star Race.

In Supercars, competition numbers have been displayed as a high-vis yellow sticker (or orange, for the championship leader, since 2017) on the rear windows since 2008.

The Next Gen NASCAR vehicles make their official on-track debut on February 20 with the Daytona 500, which will mark the expansion of 23XI to a two-car squad with Busch’s arrival.

The team is owned by Michael Jordan and Denny Hamlin and, with Busch driving #45 and incumbent Bubba Wallace the #23, its cars’ numbers match those which the basketball legend is known for wearing.