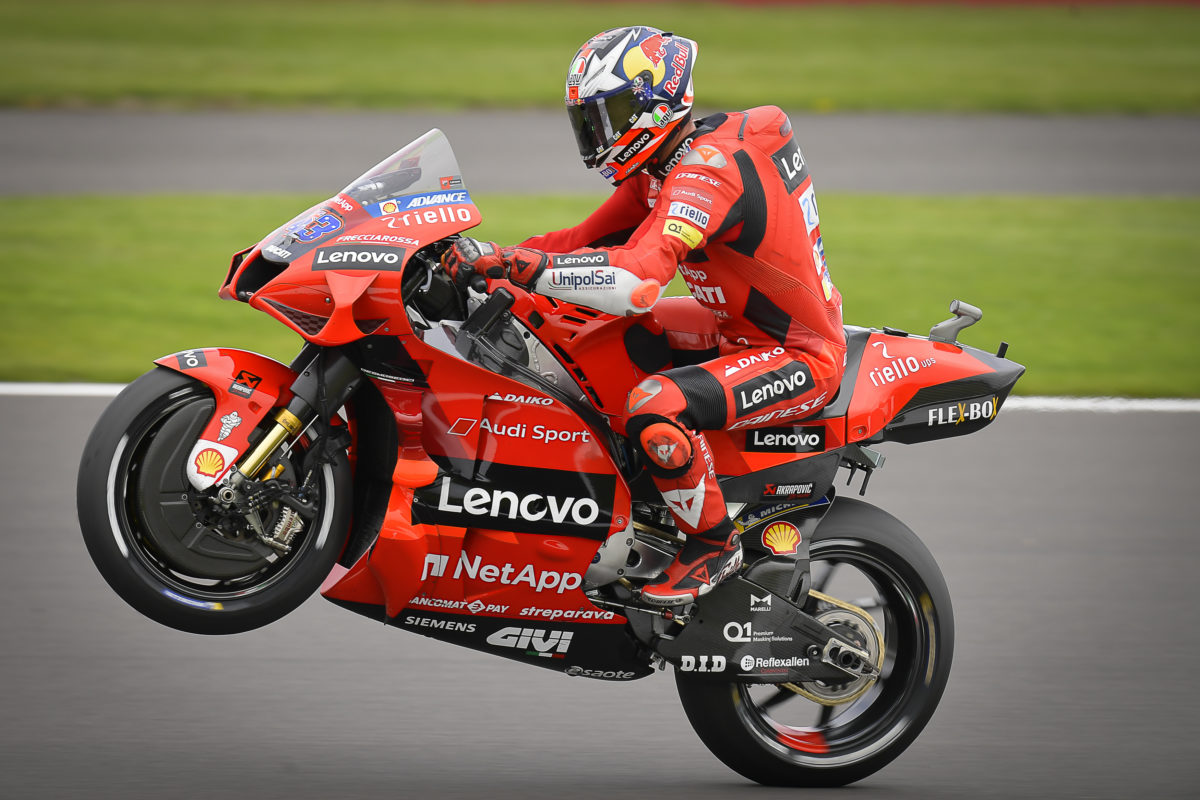 Jack Miller has set the pace in MotoGP practice at the British Grand Prix.

The Ducati Lenovo Team rider secured direct passage to Qualifying 2 with a 1:59.288s with just over 10 minutes remaining in Free Practice 3, while tailing Suzuki Ecstar’s Alex Rins around the Silverstone Circuit.

Fabio Quartararo found no improvement on combined times but ended up second-quickest after final practice with the 1:59.317s which he had set aboard his Monster Energy Yamaha on the afternoon prior.

Quartararo had looked a threat to reclaim top spot after the chequered flag in FP3 but lost three seconds in Sector 2 alone, the reason for which was not apparent on broadcast.

Pol Espargaro (Repsol Honda) wound up sixth, but looked like improving further on his 1:59.515s before a late crash at Stowe.

Valentino Rossi finished seventh-quickest but could well have snatched top spot until he rolled out of his hot lap after the chequered flag.

The Petronas SRT Yamaha rider had undercut Miller to Sector 1 and was only 0.025s away at Sector 2 but then slowed, possibly due to the presence of a yellow flag which would have seen his time cancelled anyway.

Johann Zarco (Pramac Ducati) was fastest of those who have to go into Qualifying 1, a group which includes Rins.

The Spaniard was 14th when he crashed his GSX-RR with less than four minutes to go, leaving no time to return to pit lane and hop aboard his second bike.

Aprilia Gresini’s Lorenzo Savadori had already been withdrawn due to ongoing trouble from the ankle which he broke in the Michelin Grand Prix of Styria.