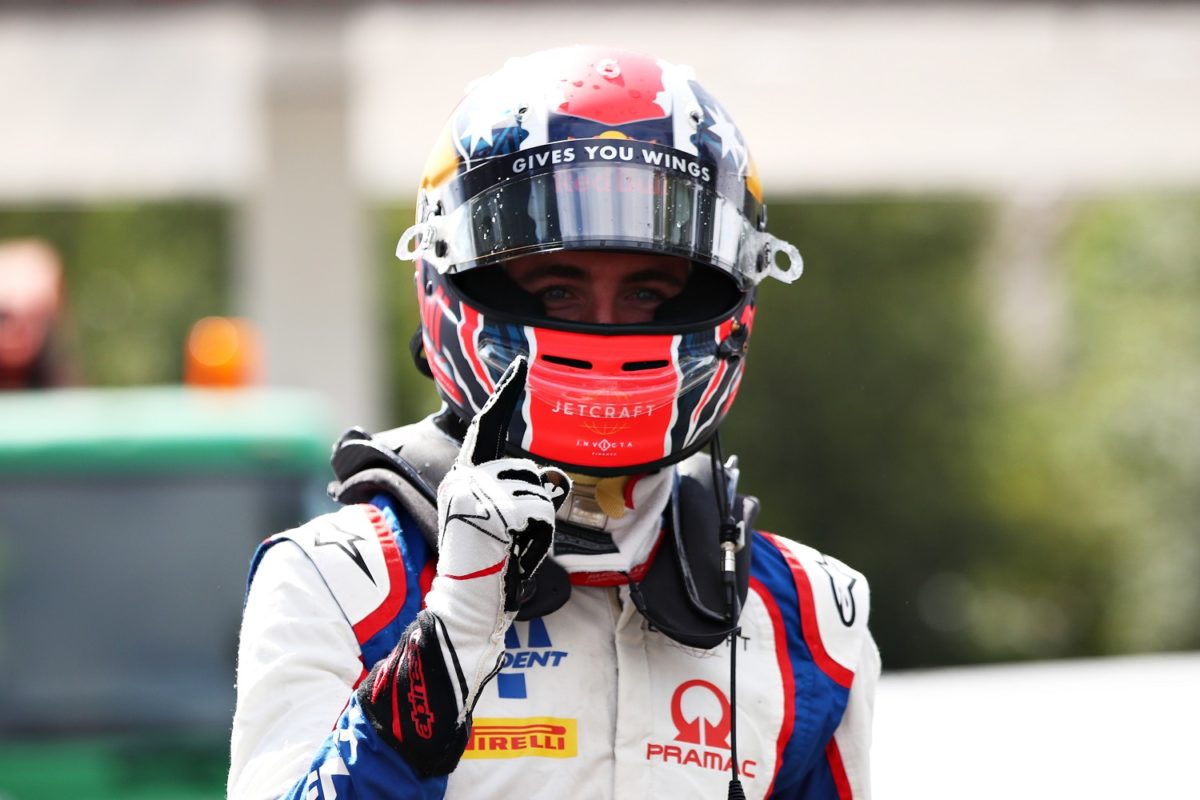 The Australian topped proceedings for Trident over Victor Martins and Alex Smolyar on a difficult wet circuit.

Doohan’s time came inside the opening five minutes of the session in which runaway championship leader Dennis Hauger could manage no better than 14th.

The Red Bull-backed pilot’s best lap then stood the test of time, despite parts of the seven-kilometre circuit drying as the session wore on.

However, the middle third of the lap remained wet, helping safeguard Doohan’s time.

With the session not restarting, it confirmed Doohan on pole from Martins, Smolyer and Caio Collet.

Logan Sargeant will start fifth while Calan Williams was 19th fastest for Jenzer Motorsport in the 29-car field.