Third-gen Johnson: ‘I’m here to make my own name’

Third-gen Johnson: ‘I’m here to make my own name’ 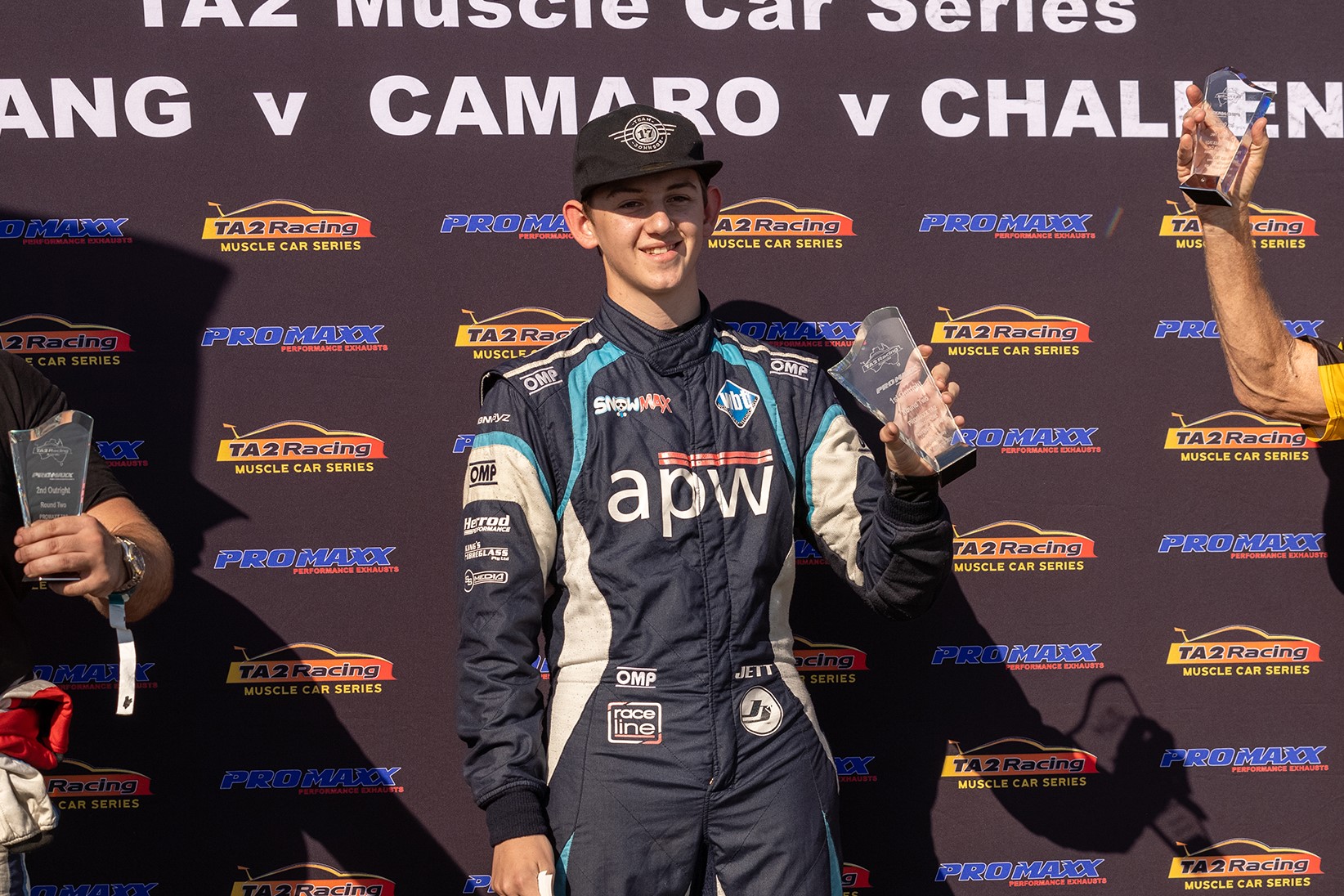 Jett Johnson on the TA2 podium

Forget his surname – Jett Johnson is hellbent on carving out a reputation of his own.

He would go on to sweep all four races in Round 2 of the Promaxx Performance Exhausts TA2 Muscle Car Northern Series as father Steven and grandfather Dick watched on.

While Steven enjoyed a long Supercars Championship career and is still a front-runner in Touring Car Masters, Dick is one of Australia’s greatest motorsport icons as a five-time ATCC champion and three-time Bathurst 1000 winner.

As far as Jett is concerned, that brings no added pressure for his own hopes and dreams.

“No, not at all. I’m just here to make my own name, I’m here to do my own thing, and if people don’t think I’m doing a good enough job, then that’s fine,” Jett told Speedcafe.com.

“If people think I am doing great, then that’s great as well.

“As long as I am doing what I want to do – at the end of the day, dad and granddad said I can do golf for all they care, as long as I am enjoying what I’m doing.”

Jett was “stoked” with his QR dominance in just his third event aboard the #117 Mustang (including Townsville Tin Tops last month). 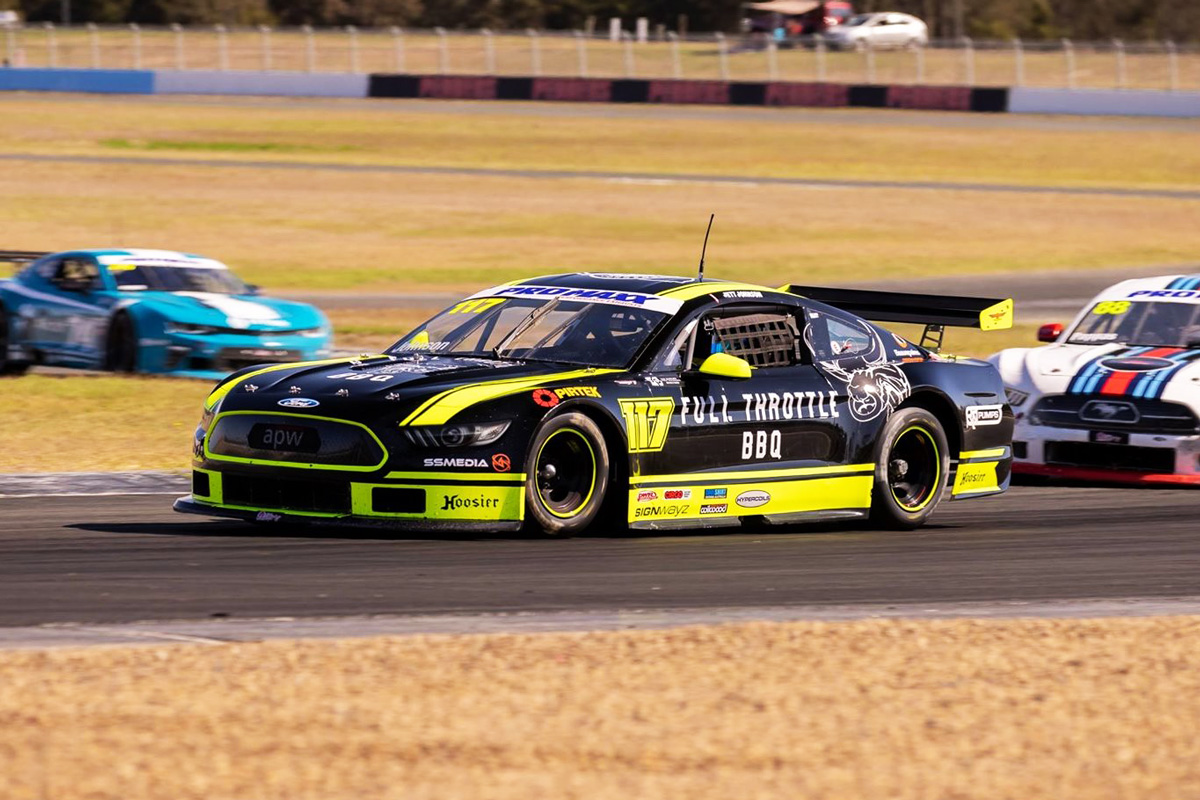 He’s in good hands, with Paul Forgie – the engineer who guided Marcos Ambrose to two Supercars titles – in his corner.

“I’m real lucky to have him helping me out,” said Jett.

“He’s been great with me, just every lap constantly reminding me of the small things I have got to keep focusing on that I probably forget about. It’s just great having him.”

That presence has allowed Dick to take a back seat at the race track when Jett is in action: “I think after everything Forgie has been doing with me, he has sort of left the job of giving me advice to Forgie.

“He’ll still help me out obviously, being granddad, but it’s great having him come to the events and he just loves it.

“He loves coming out, just loves being around helping, it’s just great.”

Jett says he’ll take what opportunities come his way in a COVID-affected 2021 season, but does have his sights set on a plan for next year.

“I think the ARG [Australian Racing Group] side of things would be something that we look at for next year, doing the full TA2 championship, and then going from there.”