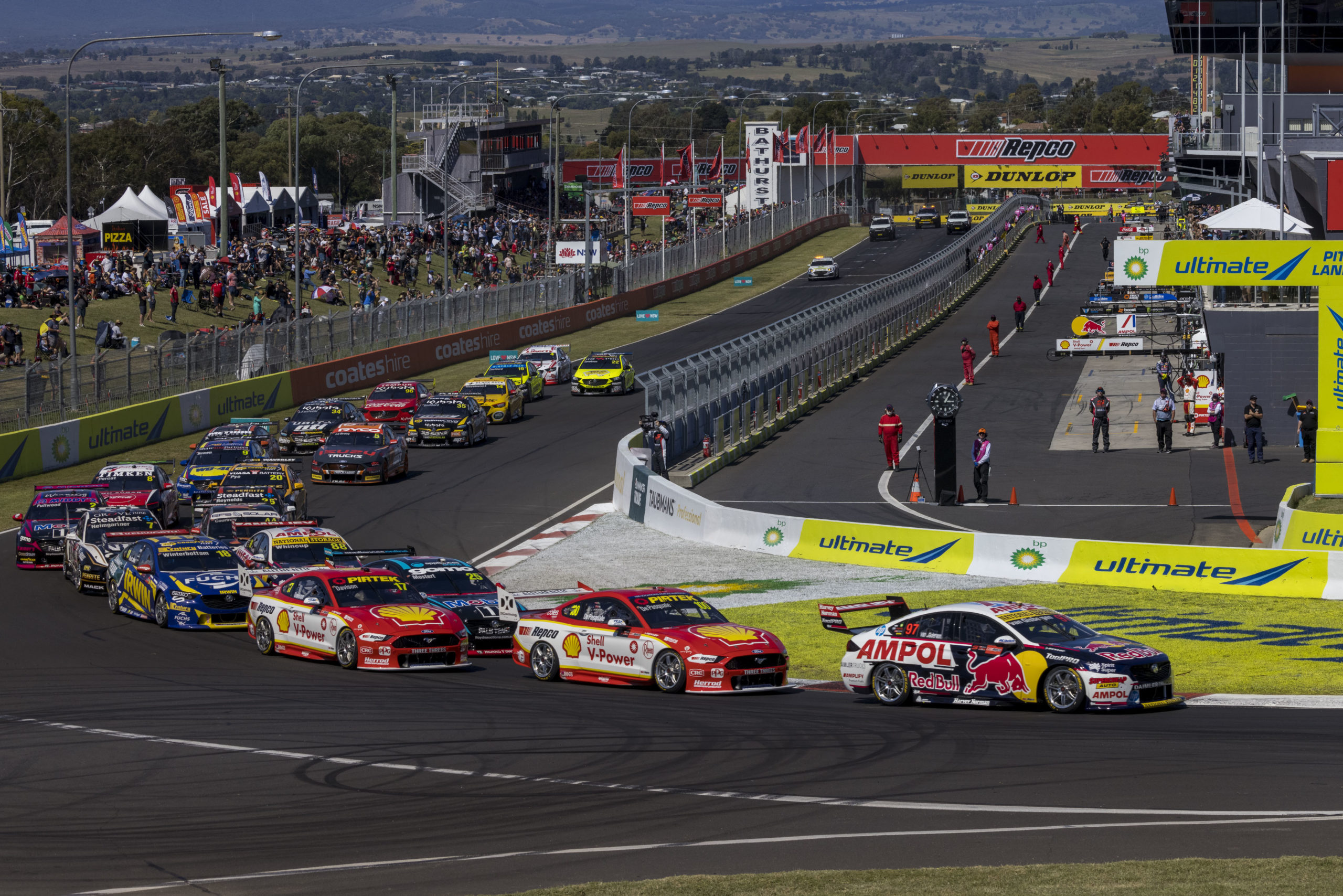 This year’s Bathurst 1000 is among the events facing a date change. Picture: Mark Horsburgh

Speaking with select media including Speedcafe.com, the category boss affirmed Supercars’ plan to fulfil its minimum 12-round product by the close of this year.

Supercars is currently set to resume its season at Winton Motor Raceway on October 2-3. However, Seamer conceded that date is “challenged” at the moment by the ongoing COVID-19 situation in Victoria.

The Phillip Island Grand Prix Circuit is then due to host Supercars on October 23-24, though that event has some stigma attached to it too.

The Bathurst 1000 is shaping for a December date shift, prompting questions as to if and where Sydney Motorsport Park and the Surfers Paradise Street Circuit will fit into the mix.

“We are committed to delivering another five rounds this year in addition to the seven we already have,” said Seamer.

“Ideally, we’d deliver the currently scheduled events, or rescheduled events from just a few weeks ago, but like everybody we’re having to remain flexible in the face of COVID with what’s going particularly in New South Wales and Victoria.

“What we’ve always said is that Bathurst 1000 is non-negotiable and we’ll ensure that event gets put in the right window to provide maximum attendance and exposure, particularly for our fans.

“We all went through a diluted Bathurst experience last year and nobody wants to be in that position again.

“We’re absolutely encouraged by what we’re hearing from the New South Wales Premier, particularly in terms of the transition from case numbers to vaccination numbers and the freedoms that will start to afford people based in New South Wales.

“But we need to keep in mind that’s all part of a bigger eastern seaboard platform, particularly when you look at something like Bathurst and the 1000.

“At least half of the people that attend that event are interstate. We’re cognisant of that. We want to make sure that we’re looking at the right mix, but we are investigating all options.”

While Western Australia, South Australia, and the Northern Territory remain largely coronavirus free, Seamer said there is no push to go to those regions.

They do, however, remain a last resort option if push comes to shove.

Primarily, Seamer said his focus is to feature at Winton given the stay of execution.

Winton was omitted from the 2020 calendar owing to the pandemic and has been rescheduled several times already this season.

The Australian Grand Prix Corporation-backed event at Phillip Island is another important item for Supercars.

Getting the Sydney SuperNight and Bathurst 1000 away will fulfil Supercars’ obligation to the New South Wales Government to host three annual events in the state.

“We don’t see anything happening in any other state to give us any level of confidence to venture further afield than that.

“We’re focused on bio protocols, on the eastern seaboard, to deliver the remaining rounds of this year.

“We continue to speak to New South Wales, Queensland, and the Victorian Government at all levels as I think every sport is at the moment, along with broadcasters and key sponsors.

“They’re all supportive, they’re all working with us, but these things take time, and particularly when you’re trying to maximise fan attendance at these events, rather than just looking at TV only, FIFO (fly-in, fly-out) options, a bit like what we did last year at Sydney Motorsport Park.

“When you’re trying to maximise the experience for the fans and partners it takes a little bit to pull these things together. We think that we should have some clarity around what we are going to do in Q4.

“It’ll be subject to change, right, but some further clarity around what Q4 looks like on I’d say the 1st September, certainly a month before the current scheduled Winton event, which, in its current date, is obviously challenged.”