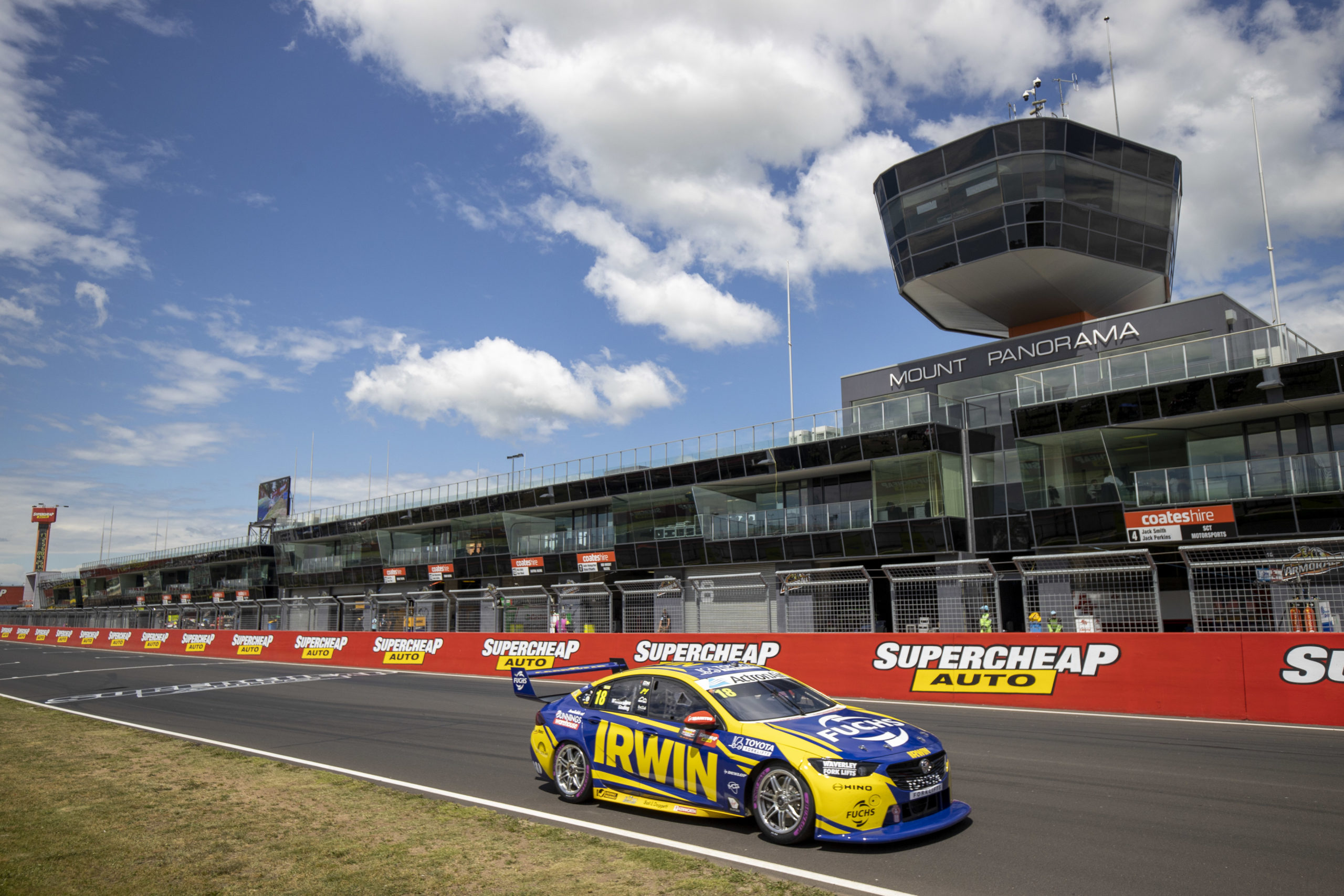 Supercars has already postponed the Bathurst 1000 once this season. Picture: Mark Horsburgh

Supercars is in discussions with key stakeholders about moving this year’s Repco Bathurst 1000 to the first or second weekend of December.

The move is being entertained in the hope that New South Wales will have had 70 percent of the population vaccinated against COVID-19 by then to provide scope for fan attendance.

Supercars CEO Sean Seamer is adamant he does not want to see a repeat of last year’s Bathurst 1000, which saw a spectator cap of just 4000 per day.

If the move comes to fruition, the crown jewel event looks likely to become the season finale as it was last year.

The timing of this year’s Ashes cricket series – which is broadcast by the Seven Network – could confine the Bathurst 1000 to the first weekend of December (2-5) to avoid a clash with the first Test match on December 8-12.

“It’s certainly something that we’re looking at,” said Seamer of the date change.

“The exact date, TBC, but we are certainly considering a schedule of the [Bathurst] 1000, as I say, to make sure it’s as late as possible, that gets maximum attendance and exposure.

“The latest it could go right now, talking to Channel 7, is the first or second weekend of December,” he added.

“Otherwise we’re going to start clashing with the Ashes. Right now, the latest it can run is early December.”

Should the date change occur, it would be the second such shift in recent weeks after the event was moved from its original October 7-10 place to November 4-7.

Talks of another date change coincided with news that New South Wales had reached a daily record high 1029 cases of COVID-19.

Despite that, Seamer remains optimistic that the vaccination rate is such that the Bathurst 1000 will be able to go ahead with fans in attendance.

“The way we look at it right now is the worst-case scenario is having to execute the COVID plan that we did last year for Bathurst,” Seamer explained.

“The direction to date has been that it’s more likely to be a people per square metre restriction, as opposed to an overall cap on attendees.

“Now, that might change, but I think that should be encouraging for fans and our partners because Bathurst is a pretty big place, so we can get quite a few people in there on a one by four square metre basis.”

Assuming the Bathurst 1000 does move to the beginning of December, that draws the Gold Coast 500 into question.

It’s understood that event needs at least six weeks worth of lead-in time to build the temporary street circuit.

Ironically, while Queensland has largely kept COVID-19 under control, Seamer said he cannot predict what might happen in the Sunshine State.

“We’re currently in discussions with the Queensland Government and Queensland Health and the Gold Coast Council as it relates to that event,” said Seamer.

“It’s harder to establish a glide path, ironically, to forecast where Queensland is going to be at that point in time because they haven’t gone through the same dramas that New South Wales has gone through.

“It is an ironic position to be in, given the challenges we currently have in New South Wales.

“However, the work the government has been doing in New South Wales and the trajectory that they’re painting out of the current restrictions based on vaccinations allows us to plan with more certainty.”