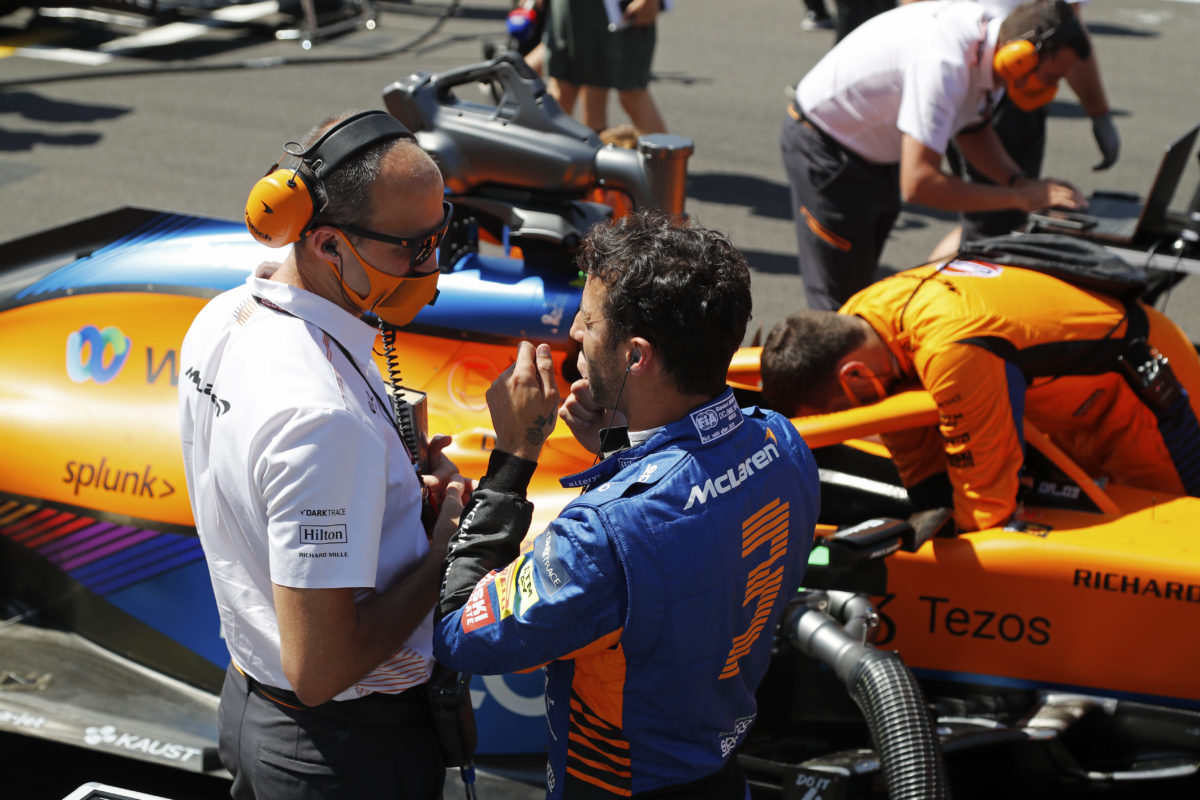 McLaren boss Andreas Seidl has rejected suggestions Daniel Ricciardo could be dumped from the team at the end of the season.

The Australian has had a troubled maiden season with the British squad with Lando Norris comprehensively outperforming the 32-year-old.

With Formula 1 in the midst of the silly season, some of the more lurid rumours have claimed Ricciardo would be outset from McLaren.

“No, not at all,” Seidl shot back when asked if Ricciardo’s place in the team next season was in doubt.

“First of all, we have a long-term commitment with Daniel.

“The speed Daniel is having and the experience here with us, we are working hard in order to, let’s say, make the next steps on his integration process.

“We’re looking forward to see these next steps together and then go into the next year as well.”

Rumours had linked George Russell with a move to the team, owing to comments made by the Williams driver that he would be powered by a Mercedes power unit in 2022.

The Englishman is part of Mercedes junior driver programme and is vying for the seat alongside Lewis Hamilton at the factory team next year.

With Aston Martin, also powered by Mercedes, apparently a closed shop, some had leapt to the conclusion that Russell must therefore be McLaren-bound.

Aside from the unresolved seat at Mercedes there are expected to be comparatively few changes in the leading seats next season.

Yesterday it was confirmed that Fernando Alonso and Alpine had exercised a clause in the Spaniard’s contract that will see him remain with the French manufacturer next season.

Ferrari has a settled line up heading into 2022 and Red Bull looks set to renew Sergio Perez for a second season.

There is less certainty surrounding the likes of Alfa Romeo, Williams, and Haas, though both Mick Schumacher and Nikita Mazepin are expected to remain with the United States-registered team.

A decision on Kimi Raikkonen’s future could feasibly open the door for the likes of Callum Ilott, though Alpine is also looking to place its junior drivers.

Antonio Giovinazzi’s future is also uncertain as the relationship with Ferrari changes under a new branding rights agreement through Alfa Romeo next year.

Williams could see Bottas return alongside Nicholas Latifi, though the Canadian is not yet assured of a seat in 2022 either with Formula E world champion Nyck de Vries having been touted as a candidate for a drive.