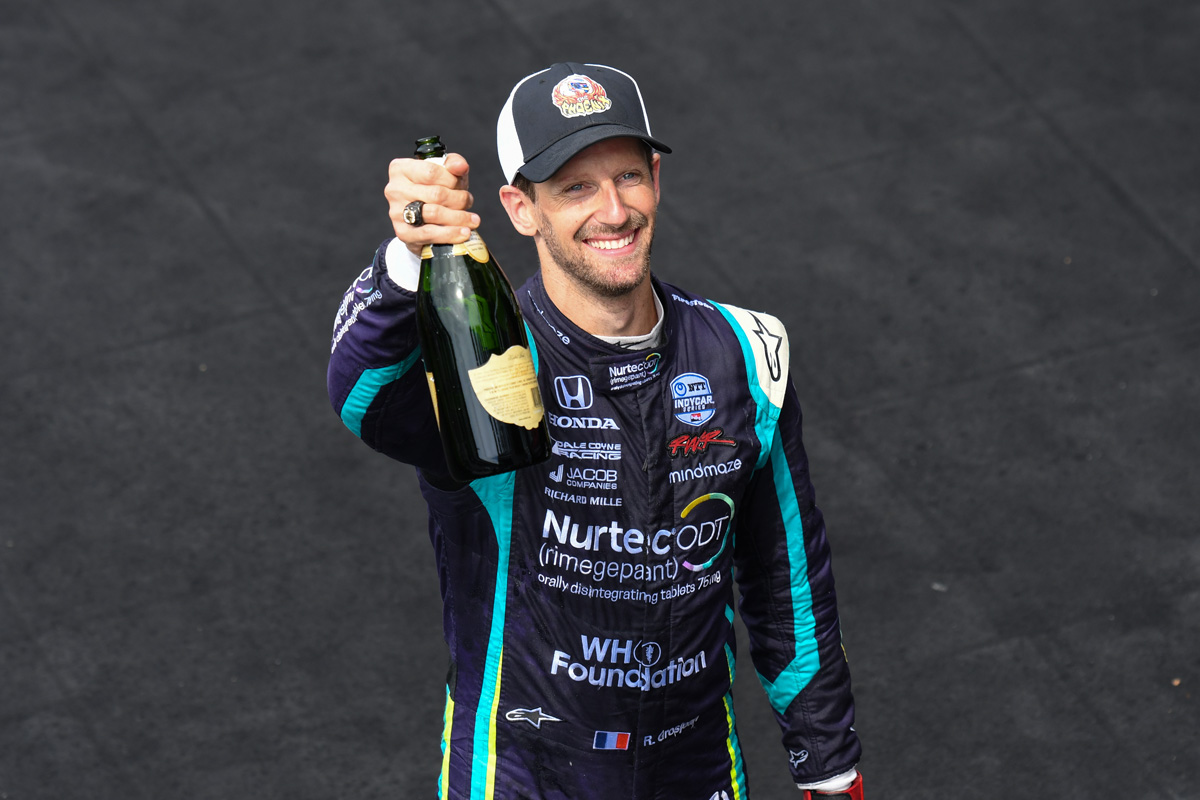 Romain Grosjean is enjoying his newfound status as a key figure in the IndyCar silly season on the back of a stunning rookie campaign.

Having spent the previous nine years in Formula 1 across tenures at Lotus and Haas, Grosjean switched to IndyCar for 2021, linking up with Dale Coyne Racing with Rick Ware Racing.

A pole position and two podiums have followed, sparking excitement around what the Swiss-French driver will be able to achieve in seasons to come.

Grosjean has been linked with a potential 2022 move to Andretti Autosport, which has been open about its eagerness to refresh its line-up.

Colton Herta and Alexander Rossi will remain in the Andretti fold next year, but Ryan Hunter-Reay and James Hinchcliffe appear certainties to depart.

Such an opportunity would place Grosjean at one of IndyCar’s biggest teams and give him increased resources to fight at the front week in, week out.

Speaking with Speedcafe.com for a special feature story to be published this weekend, the 35-year-old welcomed the interest shown in his services.

“Yes, I mean, I’m sitting in a nice chair right now, one that I haven’t been sitting on for quite some time,” he said.

“And obviously having done pretty well in my first season in IndyCar, there’s a few options on the table for the future and that’s really, really nice.

“Because you want to compete for winning races and obviously if the big guys are coming towards you, ‘would you like to drive our car?’, then you know you may have a chance of doing that.”

Grosjean is 15th in the standings despite having missed three oval races this year.

There is expected to be significant driver movement for the 2022 IndyCar Series, as explored here.

Three races remain this season, with Portland International Raceway next up on September 12.