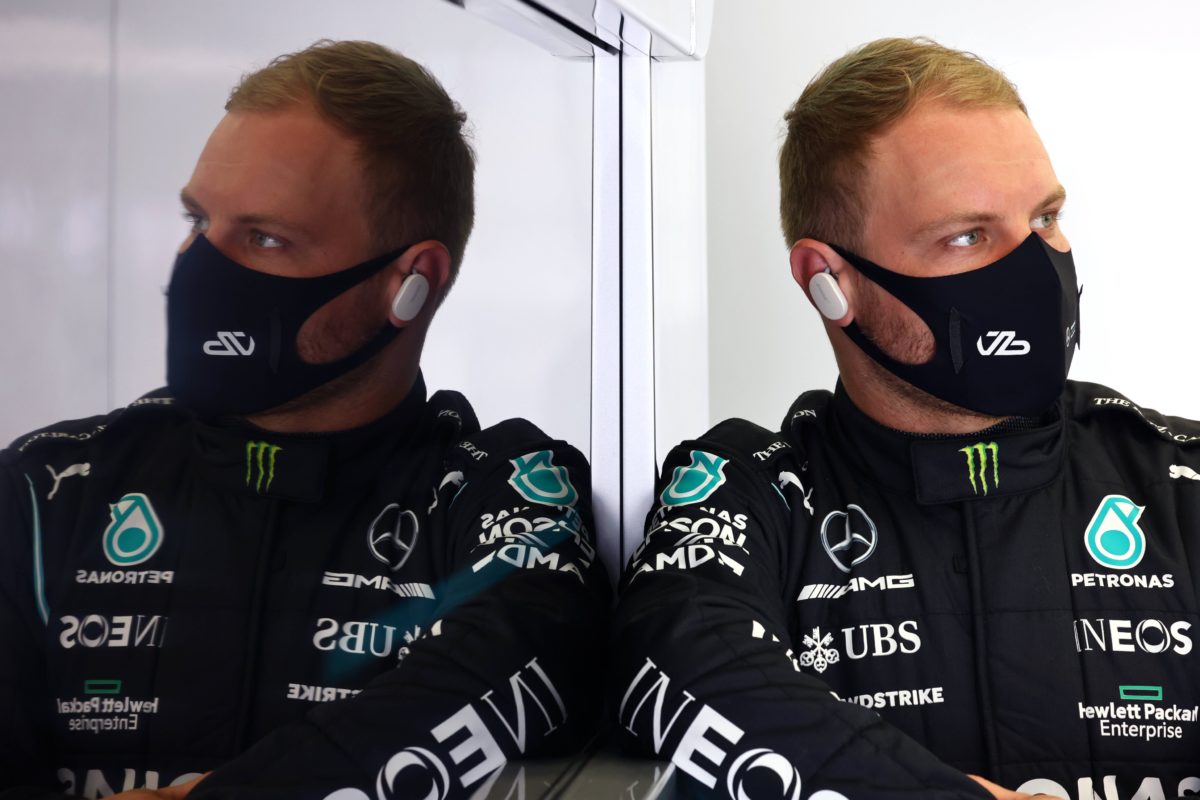 The Finn opted for a different spec rear wing to his Mercedes team-mate, a decision which paid dividends in the opening 60-minutes.

Rain immediately before the session saw many elect to delay venturing out.

With parts of the circuit dry, and others even basked in sunshine, the FIA opted not to declare the circuit wet.

A limited wet tyre bank, and with inclement weather tipped to linger all weekend, there was little incentive to head out.

Those who did opted for the intermediate tyres for the most part, Sergio Perez the first to bolt on a set of slicks.

It was a full 15 minutes before Lando Norris recorded the first time of the session, a 1:50.191s for the McLaren driver.

The Brit used a set of the medium compound tyres, sunshine having broken through the clouds which had shrouded the circuit in clouds.

Both Kimi Raikkonen and Yuki Tsunoda had spins at La Source to trigger brief yellow flags but rejoined without incident.

As more drivers banked laps, the times predictably tumbled, Daniel Ricciardo, Gasly, and Sebastian Vettel all enjoying brief spells at the top of the timing screens.

The bulk were using the hard compound tyres, suggesting it is the least favoured of the three dry options heading into Sunday’s race.

Midway through the session, Max Verstappen shot to the top of the timing sheets with a 1:46.879s on a set of hard compound tyres.

The Dutchman improved to a 1:46.423s despite observing double-waved yellows at the final corner, leaving him 0.7s clear.

The yellow flag was because Raikkonen tagged the barrier entering the pit lane, damaging the left-hand side of the Alfa Romeo.

Fitting a set of soft compound tyres, Bottas rose to the top of the timings screens with a 1:45.199s.

That improved over Verstappen, who’d lowered the running to a 1:45.905s earlier in proceedings.

The Red Bull driver improved to a 1:45.496s when he had a set of soft tyres fitted, dropping time in the final sector as clouds again covered the circuit.

That occurred shortly after a moment between Lewis Hamilton and Nicholas Latifi, the Williams driver not seeing the approaching Mercedes as they braked for the Bus Stop Chicane.

It forced the world championship leader to brake hard, doing well to hold on to the W12 as it squirmed under the input.

Charles Leclerc also had a narrow escape when he ran wide exiting Malmedy, dipping his wheels into the gravel but powering through to rejoin.

The session otherwise ended without incident, Bottas fastest from Verstappen, Gasly, and Leclerc.

Lewis Hamilton, who sported a higher downforce rear wing, was only 18th quickest while Ricciardo was 12th best.