Viñales to test with Aprilia next week

Viñales to test with Aprilia next week 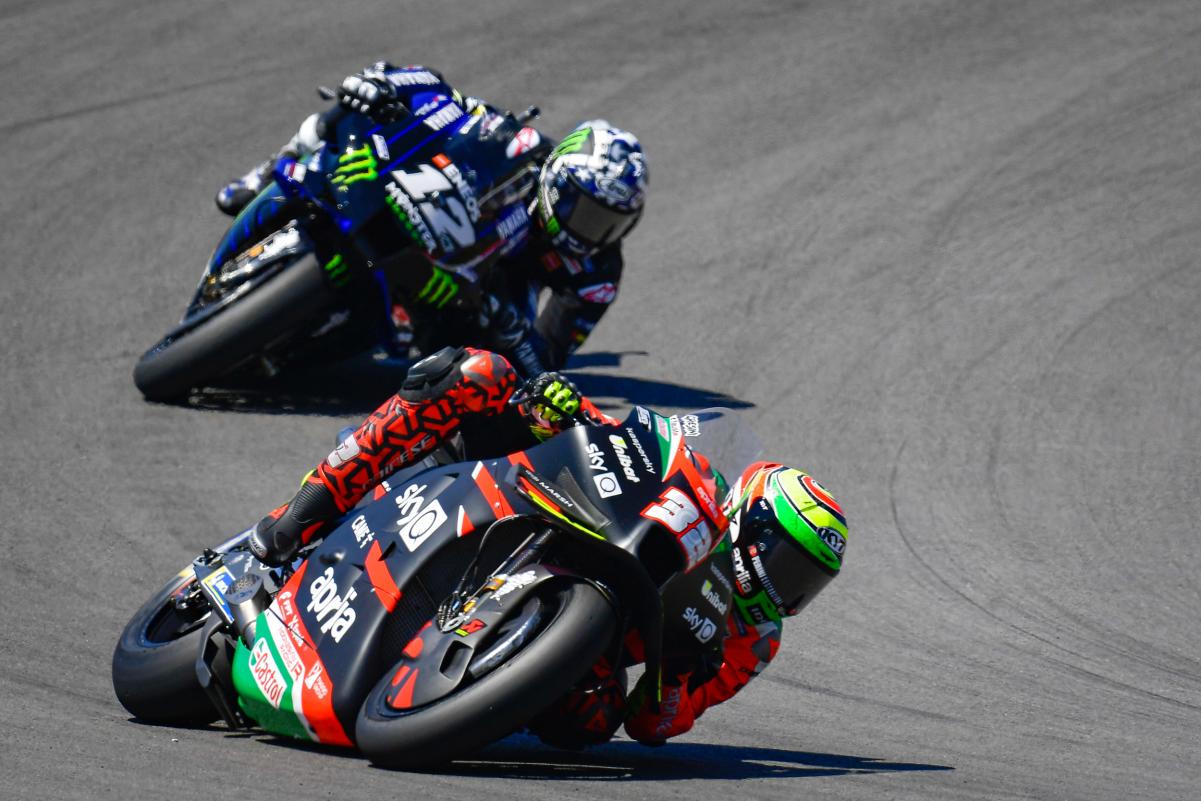 Maverick Viñales will make an early start to his relationship with Aprilia in the form of a two-day test at the Misano World Circuit Marco Simoncelli.

Viñales became a free agent after Yamaha terminated his contract, a decision said to be mutual, following the Spaniard’s apparent attempt to damage his engine in the Michelin Grand Prix of Styria.

By then, Aprilia had already announced the signing of the nine-time MotoGP race winner for 2022, but his official duties will now commence on August 31 at the San Marino Grand Prix venue.

“From a technical point of view, it is always fascinating to listen to the impressions of a rider who is testing your bike for the first time, especially with a champion like Maverick, who we are pleased to welcome into the Aprilia Racing family,” said Albesiano.

“After the great work carried out on the track by the racing department over the last two years, we are adding yet another piece to the path of growth that we are undertaking with encouraging results.

“Clearly the first approach involves a very practical adaptation phase, in terms of ergonomics and set-up, which we know vary for each rider.

“But I’m sure that Maverick’s talent and speed will come to the fore right away and I can’t wait to start working together.”

Viñales had already been granted a release from his Yamaha contract, effective the end of the current season, before the relationship deteriorated further with what transpired in the first race at the Red Bull Ring.

He was suspended for the second, before the Aprilia deal and then immediate Yamaha termination were announced.

The turmoil has led to a shuffle in the ranks of the Iwata marque’s works team and satellite team SRT which is set to continue beyond this weekend’s British Grand Prix.

Cal Crutchlow had been riding in place of the injured Franco Morbidelli at SRT, but takes Viñales’ place for now, while Jake Dixon moves into Morbidelli’s seat.

However, Andrea Dovizioso has been linked to a return to racing as soon as next month, which would see Morbidelli freed to make an early step up to Monster Energy Yamaha.

Dovizioso could then stay on next year at SRT, or whatever it morphs into following a mooted ownership change, at which time he too would enjoy a latest-spec YZR-M1.