Robin Miller: One of a kind

Robin Miller: One of a kind 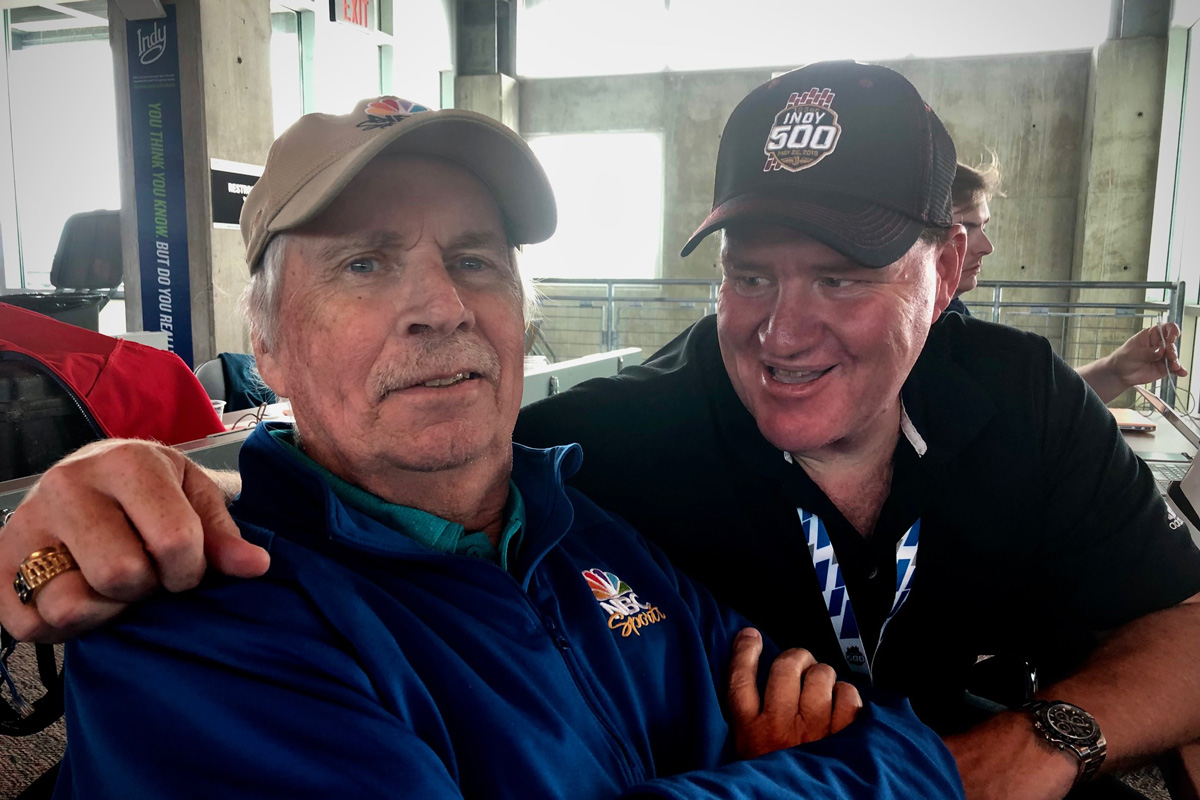 Robin Miller was one of a kind.

He called it as it was through five decades as one of North America’s leading motorsport voices, especially when it came to old-school dirt track or open-wheel racing or the Indianapolis Motor Speedway.

Sadly Miller, my friend, lost a four-year battle with multiple myeloma and leukemia overnight at the age of 71 – too young!

Miller went to his first Indy 500 in 1959 when he apparently snuck into the venue with his father without a ticket.

He ended up working for his racing hero Jim Hurtubise as a gopher at the 500 in 1968, during what many regard as one of the golden eras of open wheel racing in the US.

The same year he started work with the Indianapolis Star newspaper.

In the ‘70s he also tried his hand at driving a Formula Ford and a midget car on local tracks and basically lived and breathed the sport – which he did until early this morning.

His career developed as both a motorsports and basketball writer for The Star and his passion for both never waned.

When the split in open-wheel racing came in 1996 between CART and the Indy Racing League, Miller sided with CART, which did little for his relationship with the Speedway or its boss Tony George, who had established the IRL.

Eventually it would cost him his job at the Star after more than three decades, but he was soon snapped up by ESPN.

He then joined the Fox-owned Speed Channel and wrote for their website as well as being a regular on Dave Despain’s Wind Tunnel show.

With Speed Channel disappearing, Miller then joined Paul Pfanner’s Racer magazine with Marshall Pruett and had an on-air presence with NBCSN and then NBC Sports.

He continued to contribute to Racer on many fronts, including his popular mailbag column, until recently.

Miller developed relationships with people at all levels of the sport and his contact book was simply the best in the business.

I was once told that you can judge your journalist or business success by the level of person that will take your call – there were very few people that would not take a call from Miller. There were certainly times when a few people would not take his call because he had pissed them off, but ironically he seemed to have few enemies when his career and life came to a close.

Personally, Miller was a mentor and friend of mine after meeting him through the Gold Coast IndyCar event in the early 1990s.

He was an encyclopedia on the sport and if you were smart enough you could improve your personal data bank every time you were in his presence.

Many times over the years, whether in Honda’s paddock hospitality unit, or at Dawson’s or Charlie Brown’s in Main Street across the road from IMS, I would enjoy a one-on-one catch-up.

Inevitably, the party of two would grow quickly as Miller attracted an audience from every level of the sport.

The smart thing to do was to just shut up and listen.

Many times a conversation would develop with some old guy with a “speedway limp” and evolve over 15 or 20 as our fried chicken (no vegetables or salad here) went cold.

I would not embarrass myself by asking the person’s name, but I would make a mental note and do my research later only to discover we had been chatting with a multiple Indy 500-winning mechanic or local short track legend.

A stop by AJ Foyt, Mario Andretti or Roger Penske were a little easier to identify.

Like myself, Miller was a punter, and inevitably our conversations would revert to what odds a certain sporting event was offering or who was offering the best market.

One of my favourite days of the year was race day at the Indy 500 where I would enjoy the pre-race activities on the grid before tucking myself in beside Miller in the media centre.

I loved his analysis and his reading of the play. Something COVID robbed us of the last couple of years.

Miller’s desk at the Indy 500 looked like the local 7-Eleven with enough snacks and Pepsi for everyone within reaching distance.

And then there was the delivery of fried chicken which Colonel Sanders himself could not have carried – “Hey Crush, I was just making sure there was enough for you”, when quizzed about the amount. 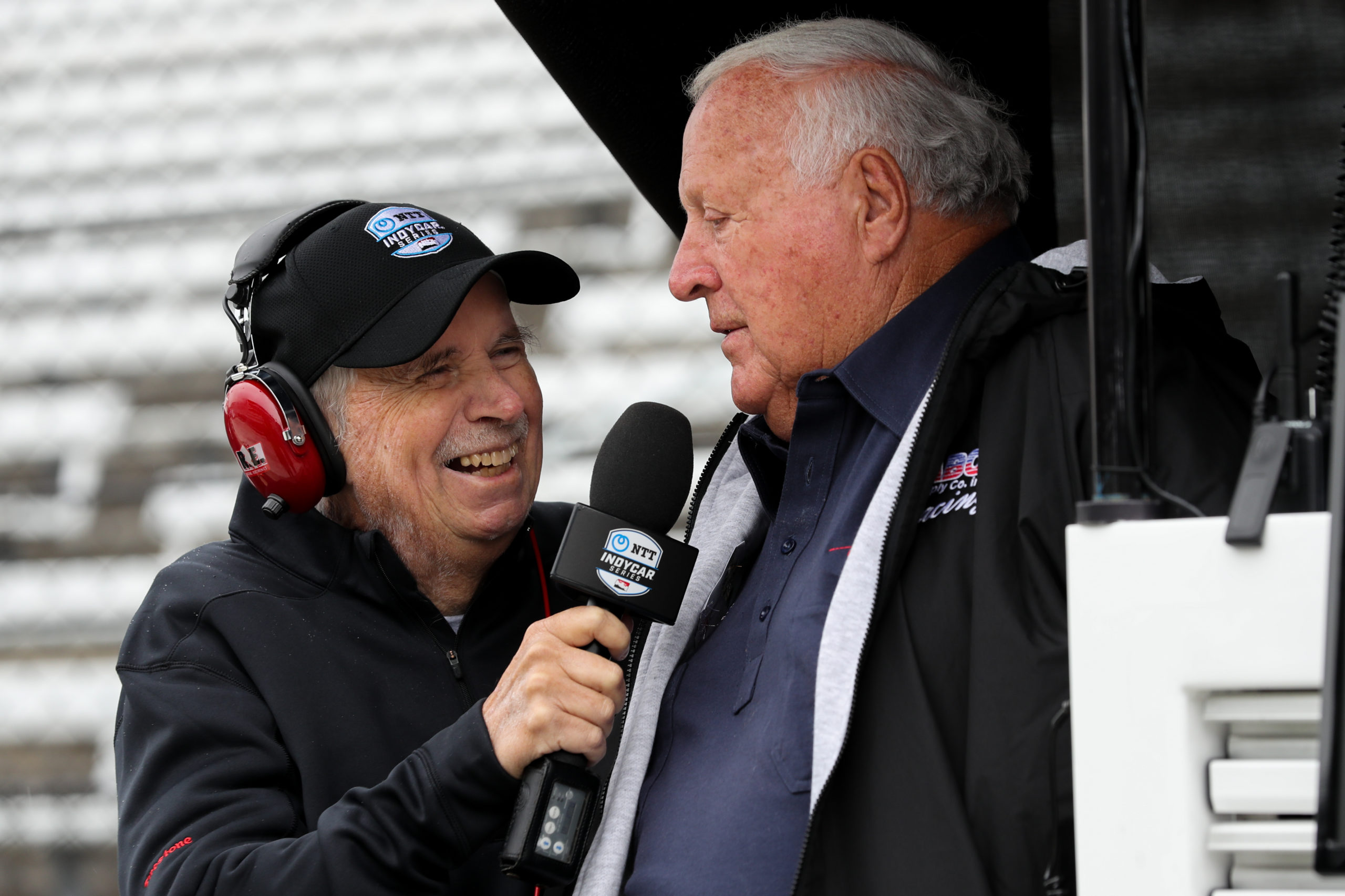 In 2016, when we campaigned Pirtek Team Murray at the 100th Indy 500 with Matt Brabham, Miller was an incredible personal supporter.

He understood the enormity of what we were trying to achieve, my personal passion for the Speedway and the 500 and acknowledged that by the amount of time he took to chat to me about it.

On the Sunday night after the race he came and found me at our team hospitality unit to have a chat – “You were here five minutes and looked like you had been here 20 years – you smashed ’em kid”.

Sure we had not won the race, but we had done all the hard work to be a part of the world’s biggest ever one-day sporting event and the visit was a tick of respect.

That conversation was no doubt one of the highlights of an emotional campaign that had engulfed our lives for a couple of years – it meant a lot.

In more recent times, our conversations were shorter and written through private social media channels as his health deteriorated.

Our last chat talked about seeing each other at next year’s 500, but we both knew that was probably more than wishful thinking.

Miller was diagnosed with multiple myeloma and leukemia in 2017, but he maintained a work routine until early this year.

His decades of commitment were formally recognised when he was inducted into the Motorsports Hall of Fame of America’s class of 2021.

Ironically, one of Miller’s last public appearances came at the recent IndyCar/NASCAR double-header at the Indianapolis Motor Speedway where he was presented with his award in advance of the official ceremony next month.

Miller’s racing “family” gathered around him during the weekend and he was greeted and chatted with all the current and past greats of the sport.

The social media coverage from the weekend read like a “who’s who” of the sport, all posting images of themselves with Robin and telling endless stories.

He told Racer magazine it was the best day of his life – a nice reward for everyone that made that day so special for him in a life that was filled with plenty of memorable moments.

Miller has left a large hole to be filled as a voice and as a friend.

Speedcafe.com sends its condolences to Miller’s sister Dianne and nieces Ashley and Emily and his wider motorsport family.