Jeremy Burgess: Brains make the difference for the likes of Rossi

Jeremy Burgess: Brains make the difference for the likes of Rossi Valentino Rossi and his ilk are so good at what they do because of how quickly their brain can process information, suspects his former crew chief, Jeremy Burgess.

Those two shared all seven of Rossi’s MotoGP/500cc world championships, after Burgess had also been crew chief for Mick Doohan in his five title-winning seasons, and for Wayne Gardner’s triumph in 1987.

‘The Doctor’ also has 89 race wins out of a total of 199 podiums to his name in the premier class, although time is running out for him to crack the double-century given his impending retirement.

Burgess was there for 147 of those podiums and admits it is “hard to know” exactly why Rossi was such a success, but said brainpower was critical.

“I mean, I was never the coach; I was just the bloke responding to what he’d want.

“These top sports people in motorsports, they are intelligent,” he added.

“You look at what they do afterwards – they go on, and they do other things – and the very best of them, they’ve got a processor between their ears that you and I don’t have.

“One that sticks in my mind is that I used to always think about Michael Schumacher, when he could be running at the back [end] of the race, wondering if Eddie Irvine or Rubens Barrichello was getting enough points out of the race.

“They have a processor that could allow them to process things and get on with their job.

“People like Valentino, their processor works so much quicker than ours, that they can process more information, and you and I would be skating down the track on our bums and they’ve got all the time in the world to work with what they’ve got.”

Burgess is not the first to make such a comment, with Triple Eight Race Engineering’s Roland Dane often saying similar things about his own Shane van Gisbergen, including after the New Zealander won last year’s Bathurst 1000.

However, the legendary crew also gave an insight into how Rossi went about his work during race weekends, and a calm demeanour which belied what he did on a bike and how.

“He never raised his voice in the 14 years that I worked with him.

“He always adapted… when things weren’t going well, he would always throw it back to himself, saying things like, ‘It’s me, I’m not getting the message across to you guys.’

“He worked very, very well with a team environment, and on many occasions when we were struggling – and he, of course, was so busy with media commitments and everything else, and he wasn’t spending the time in the garage – we would have the long meeting on the Saturday night, and we’d come out on Sunday, and we’d blitz them. 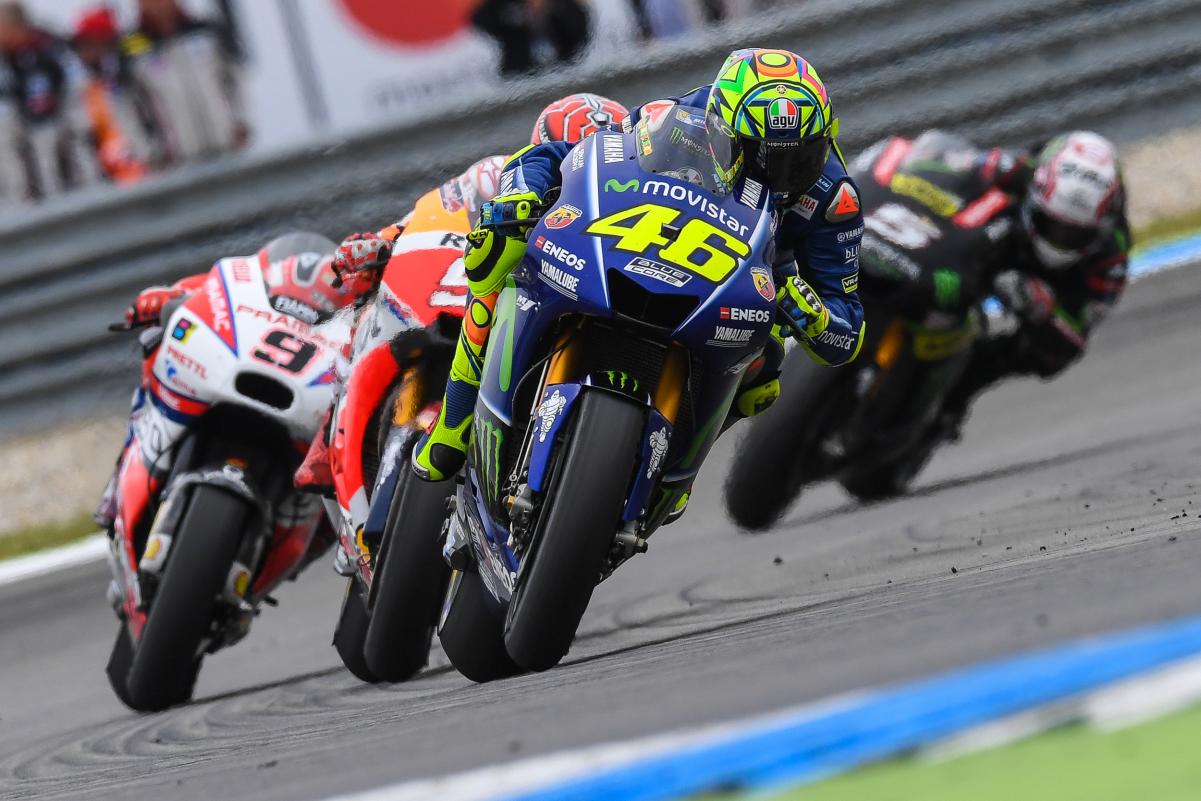 “People would say, ‘Oh, it’s miraculous,’ but he had so much else on his plate that he wasn’t getting the message across to us.

“When we finally found ourselves in trouble, we’d have that long meeting, and I’d say to myself, ‘Well, why didn’t you tell me that in the first place?’ and we’d fix it.

“And we’d go out in the morning in the warm up with a full tank of fuel and a heavy bike and go quicker than we’d gone all weekend.

Rossi is often spoken of as the greatest of all time, but his haul of seven premier class titles is not a record.

That honour belongs to fellow Italian Giacomo Agostini with eight, accumulated in a period spanning 1966 to 1975.

Burgess would not go as far as saying Rossi is definitely the absolute ‘GOAT’, but did declare him the greatest of an era.

“If you look at the grands prix [titles] won, he’s not [the greatest],” Burgess noted.

“I mean, Ago’s still up there, and knowing Ago, I know Ago was getting quite nervous that he might lose that; that the record for the number of grands prix.

“There was a period five years ago where you thought Valentino would have comfortably eclipsed it, but it’s amazing how things don’t go that way.

“To me, being an Australian, I like to think that Mick Doohan’s the guy I’d want riding for my life, but Valentino, having done it in multiple classes on multiple different bikes, clearly I’d say he’s the greatest of an era, for sure.”

Rossi owns Team VR46, which will become a MotoGP entrant in its own right next year, and might not quite be done with racing himself, revealing he is open to the prospect of wildcard appearances in 2022.

But for that possibility, his seventh-last MotoGP round as a rider (based on the current calendar) takes place this weekend at Silverstone.