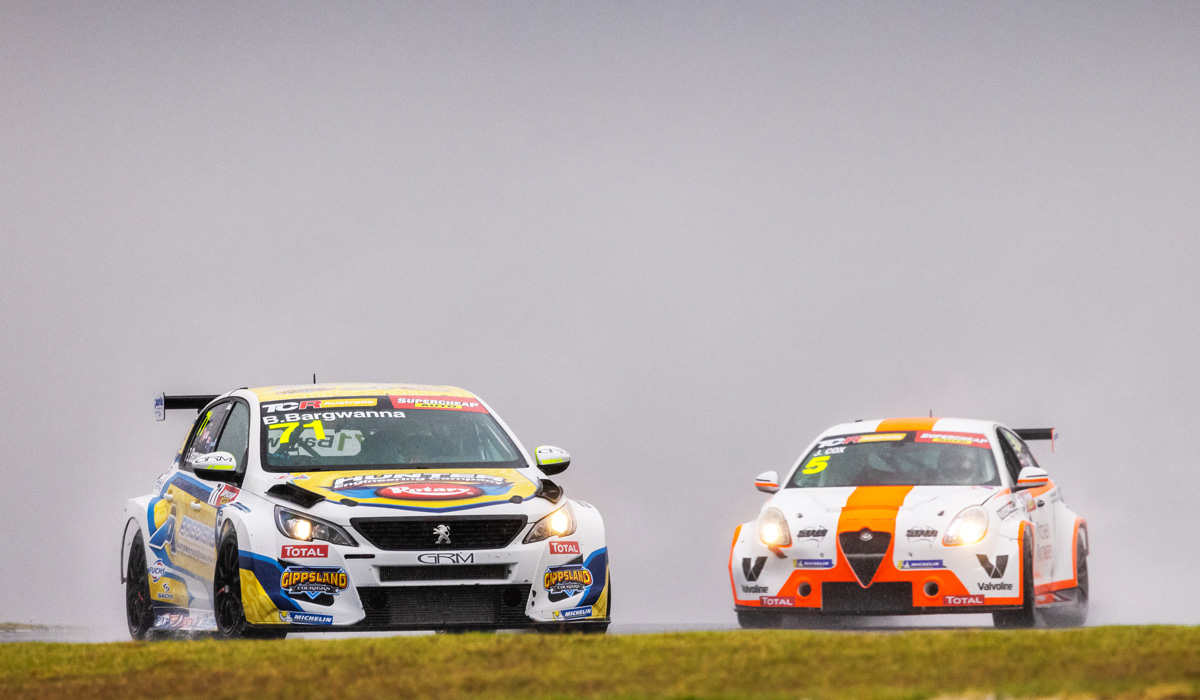 The TCR cars of Ben Bargwanna and Jordan Cox

With the TCR season hoped to relaunch in October with a double round at Tailem Bend, GRM is advertising its willingness to support new entries, including by making cars available for lease.

Available are two Peugeots and an Alfa Romeo – all of which are brand new.

“The next step for GRM is to expand our customer lease programme,” said GRM director Barry Rogers, whose team runs seven cars in TCR.

“We have no intention of running more cars ourselves, but we have the capability of assisting private entries.

“Anyone who wants to race in TCR under their own banner, we can aid in the process.

“We’ve got all the spares for all the cars, there’s not a big investment for anybody to go and gear up with components or technical resources.

“This is one of the easiest ways to get into TCR. If you’re out there and want to get yourself in a competitive TCR car, pick up the phone and ring us.

A key point of difference TCR boasts is a wide range of brands on its grid. Alfa Romeo, Audi, Honda, Hyundai, Peugeot, Renault and Volkswagen are all involved in the 2021 Australian series.

Rogers is eyeing even more diversity: “We’d certainly look at people looking to get involved and lease a car, but we’re also keen on some new marques coming in”.

Audi has had the most success thus far, representing first and second in the 2021 drivers’ standings via Melbourne Performance Centre duo Chaz Mostert and Luke King.