Why S5000’s summer series has been parked

Why S5000’s summer series has been parked 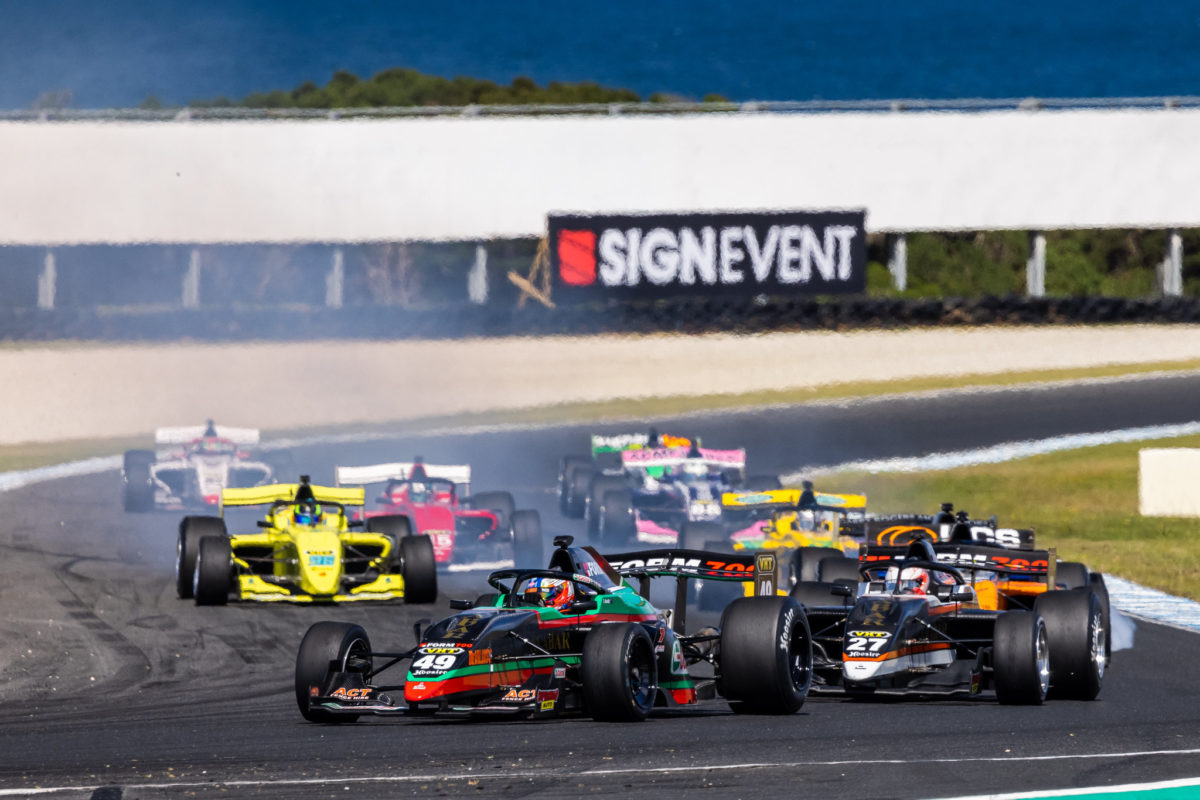 Australian Racing Group CEO Matt Braid has explained why S5000’s summer series concept has been parked for the time being.

The first S5000 Australian Drivers’ Championship to have been held so far was a rapid-fire, four-round affair which ended in early-May, with the intent that the following season would be a 2021/22 ‘summer series’.

Instead, the two-round Tasman Series which is set to be held in the back end of 2021 will be a standalone affair, before a second championship season that is likely to be run within the 2022 calendar year.

What would have been the 2021/22 season was to have begun at Sandown in September, although S5000 was withdrawn from the programme before that Shannons Motorsport Australia Championships round had to be cancelled altogether due to COVID-19 restrictions.

That means the category’s final two events of 2021 will be high-profile affairs at the Supercheap Auto Bathurst International and Boost Mobile Gold Coast 500.

ARG is also putting up a $50,000 prize pool as an additional lure for the pair of events, which it hopes to parlay into a series which does indeed span the Tasman Sea once travel is no longer a hindrance.

“We originally had Sandown as being the opening round of a 2021/22 series,” Braid told Speedcafe.com.

“Then [we will] restart it again and in 2022, rather than necessarily have that crossover into 2021/22 as a summer series format.

“The ability, too, to have the Tasman Series, two events back-to-back, means there’s actually more scope to talk to international drivers.

“We did look at including Sandown, but it’s too far away to sort of really logistically make it feasible for people to – if they are able to – come in, quarantine and race.

“Compacting the series over two events makes a lot of sense and the International and the Gold Coast race are both high-profile events, and they’re both different.

“Unfortunately, this year we won’t be going to Sandown [again] but the natural home of S5000 and the original Formula 5000 cars is Sandown, so, of course, we’d like to be back there as soon as we can in 2022.”

The Motorsport Australia Gold Star, won this year by Joey Mawson, will be on the line again in 2022, while the summer series is something which will be revisited in the future.

“At this stage, we’re probably going to run the series fully in 2022,” explained Braid.

“We are looking at various options but I’d say we’ll probably start earlier in the year and run through the full year and probably align it closer to the other categories in the [ARG] portfolio.

“Given the uncertainty at the moment from the point of view of COVID and the economy and so forth, we think it’s better just to keep it contained within the given racing year at this point in time and maybe look at other options down the track.”

The Supercheap Auto Bathurst International will be held on November 26-28 and the Gold Coast 500 a week later.

ARG’s other competitions, including the Supercheap Auto TCR Australia Series, are set to resume at The Bend on October 15-17.