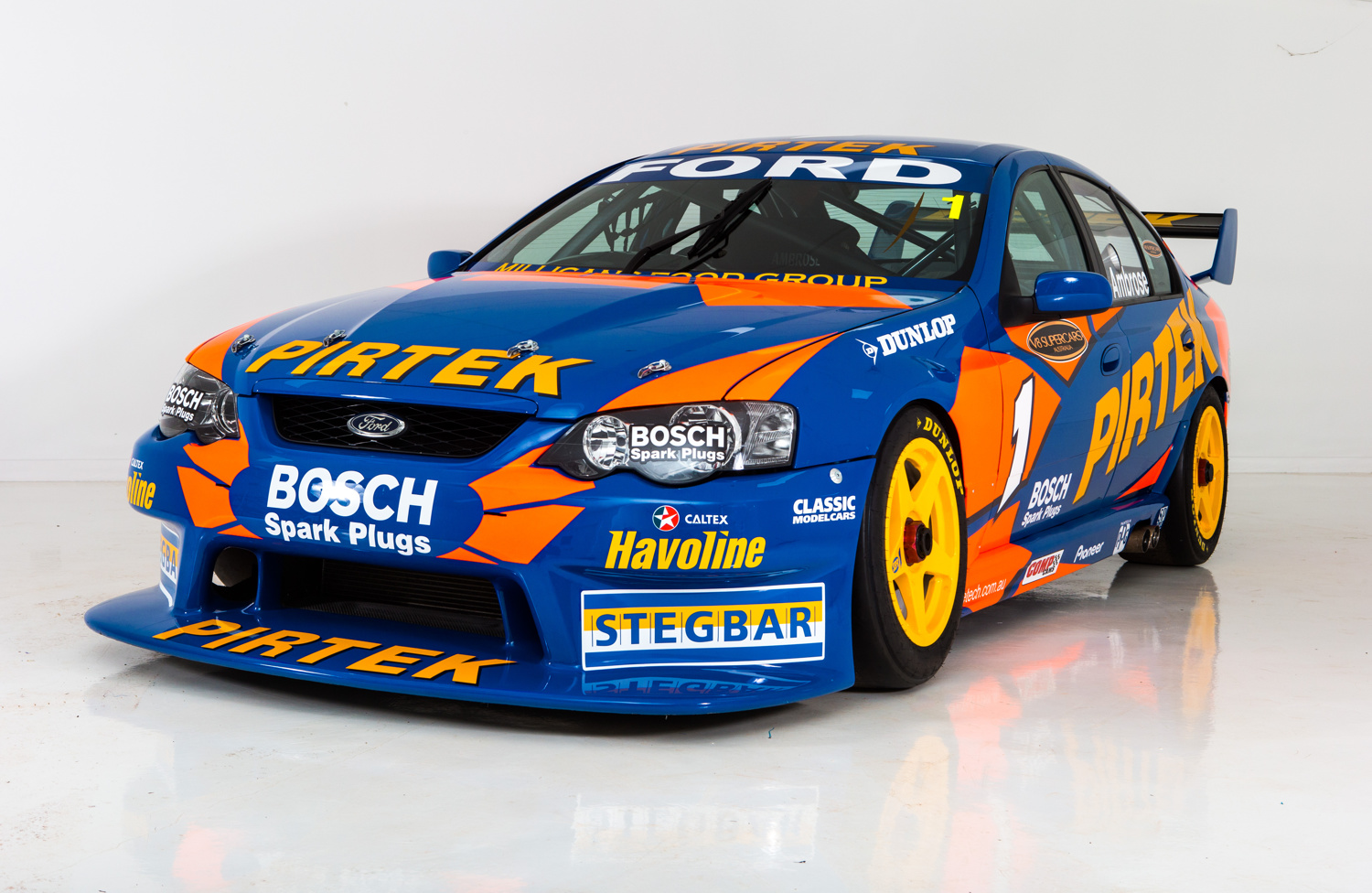 Supercars Hall of Famer Ross Stone admitted it was hard to select one “standout” moment created by the iconic Pirtek Falcon in the hands of two-time Supercars champion Marcos Ambrose as it left his workshop for the last time yesterday.

Ross and his brother Jimmy said goodbye to the most successful car of their long careers after it was sold to a Sydney buyer for an undisclosed amount.

Muscle Car Warehouse co-owner, Perry Bitsikas, took delivery of the car for one of his clients yesterday and the BA Falcon will soon be on display at a new museum being constructed around his current business in Sydney.

Many people put this car in their top five Australian touring cars of all time and that makes it one of the most valuable.

While the selling price has remained confidential, other less successful cars from the Supercars era of the sport have reportedly sold for more than $A1 million.

The car was launched at a media day at Queensland Raceway in early 2003 and then won the first championship race of the year at the Adelaide 500.

It was the first of nine wins and 13 podiums for the season, to go with seven poles.

The following year Ambrose continued his impressive campaign with 20 podium finishes from 26 races, including 11 race wins.

Stone admitted it was difficult to pinpoint one single “highlight” for the car.

“There were just so many great moments with this car,” said Stone, tapping on the front guard.

“Just seeing it on track at that media day in early 2003 after all the work the boys had put in was pretty special. They had slept in the workshop for days to get it ready in time.

“Marcos then came out and won the first race at the Adelaide 500 and that really laid the foundation for three pretty special and memorable years.”

Ambrose went on to collect the 2003 championship at Eastern Creek, but the victory was overshadowed by a controversial on-track clash between Mark Skaife and Ingall.

“We had always had the dream of winning a Supercars championship, but we could not celebrate it how we wanted because of everything else that went on that day,” said Stone.

“It was ‘mission accomplished’ in some respects, but I guess we never expected to have all the other stuff going on the day we finally got it done.” 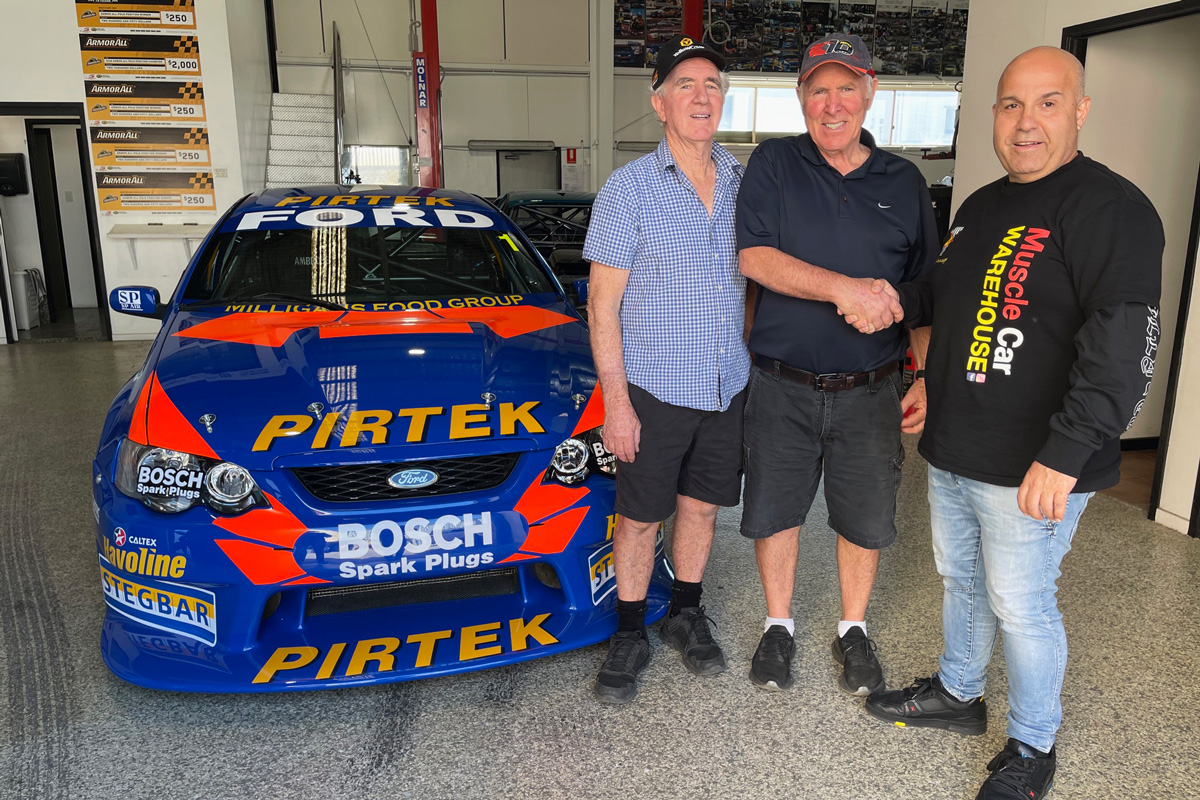 It was a little easier to celebrate back-to-back titles the next season when Ambrose won all three final-round races at Eastern Creek. Ingall finished second in the championship to give SBR a famous one-two.

The car was also involved in a few controversial incidents over the years including “wiregate” at Queensland Raceway, where a “jump plug” left in place by a contracted auto electrician was spotted by scrutineers and investigated.

There was also “balaclava-gate” at the Bathurst 1000 in 2005 when Ambrose was “dobbed in” by a mystery team for not wearing a balaclava under his helmet and was forced to make an unscheduled pit stop.

Later in the race Ambrose was involved in a famous crash with Greg Murphy as the two battled for track position heading up the Mountain.

“Yeah, there were certainly a few interesting years with Marcos and this car,” said Ross Stone.

“We have spoken plenty before about wiregate and the balaclava drama and they were both unfortunate incidents.

“‘Murph’ and I discussed the crash in private and let’s just say we still agree to disagree.”

The SBR BA Pirtek Falcon competed in 78 races in the hands of Ambrose and recorded 45 podium finishes including 25 victories.

The car will be moved to Sydney when COVID restrictions allow.