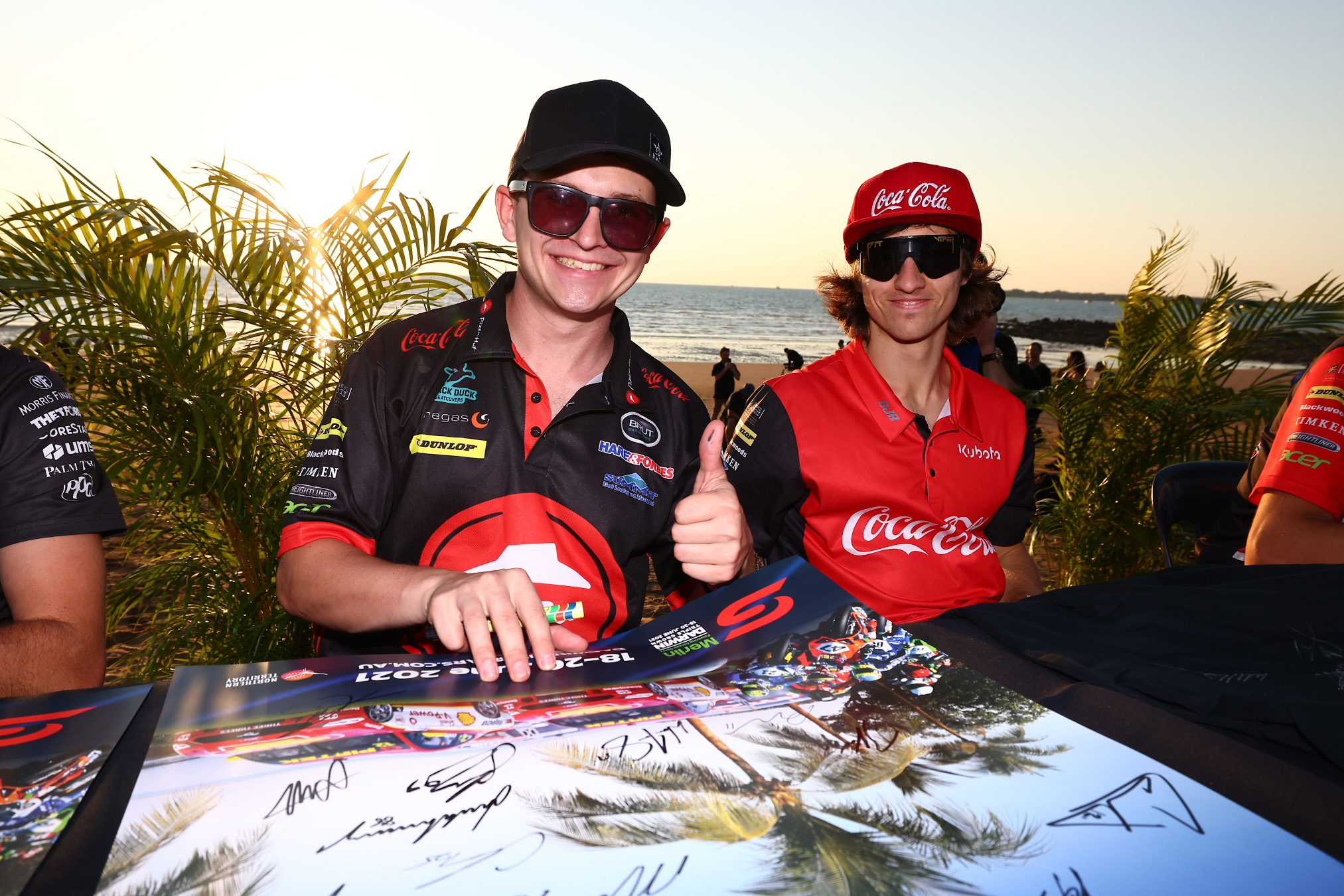 Todd Hazelwood says the coronavirus-induced break in the Supercars season means his 2022 contract talks with Brad Jones Racing have come about sooner than expected.

The 25-year-old is currently off-contract and is yet to secure his place on next year’s Repco Supercars Championship grid.

Without absolute certainty as to when the season will resume, Hazelwood said discussions regarding his future have already got underway.

“With this forced break, it probably moved our conversation forward from probably where we expected to be.”

Hazelwood has made no secret of the fact that he would like to continue competing under the Brad Jones Racing umbrella.

It was with them that Hazelwood scored his first podium at Sydney Motorsport Park in 2020 and then his maiden pole position at Townsville later that year.

“As everyone knows, I’d love to stay at BJR and keep moving forward,” he explained.

“That’s my plan. We just need a bit more time before we can all get to a decision.

“Everything is positive. That’s probably as much as I can say.”

Asked whether he thought he would be on the grid next year, Hazelwood replied, “I can’t see why not, but you never want to count your chickens before your eggs hatch.

“I’ll keep working hard at this time, hopefully before we go racing again towards the end of this year we’ll have something that’s firmly in concrete and we’ll be announcing that in the future.”

Prior to the double-header in Townsville, Hazelwood had just two top 10 finishes to his credit this season.

The 2017 Super2 Series winner then went through a timely surge in performance, claiming four straight top 10 finishes which included a season-best fourth.

That’s since seen him move up to 14th in the standings, albeit still some way adrift of team-mate Nick Percat who occupies eighth.

Hazelwood admitted the spike in COVID-19 cases across New South Wales and Victoria and the resulting halt in racing had put a dampener on his momentum.

Nevertheless, the South Australian said the results came at the right time.

“You’re only as good as your last race meeting, although I certainly know what I’m capable of,” said Hazelwood.

“Results speak louder than words. Ideally, it would have been great to actually use those results we got at Townsville as a bit of momentum going into another race meeting.

“I was really looking forward to going to Ipswich, I thought that would have been a track that suited me well.

“Now I’ve just got to try and maximise this break. As I’ve said, there are lots of things to be achieved between now and the end of this year.

“Some people are probably itching and waiting to go racing whereas I’m trying to plan ahead and get above the curve.

“When it comes to 2022, hopefully utilising this break I’ll have everything in place ready to go. That’s my plan. I’m trying to use this time to my advantage.

“I think [Townsville] certainly solidified in people’s minds what you can do when you’ve got everything going your way and the equipment is right, the set-up is right, and the driver is maximising their job. It certainly helps.”

The 2021 season is currently slated to resume at Winton Motor Raceway on October 2-3.