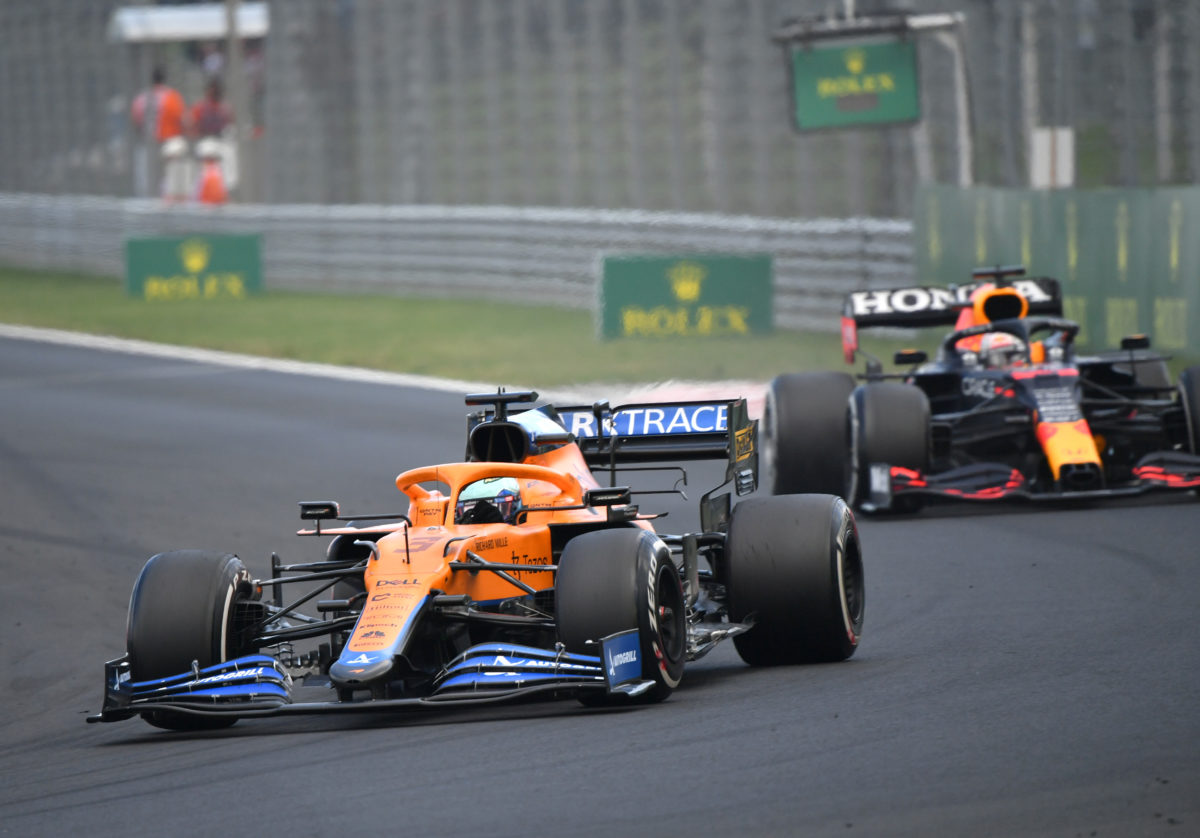 Andrea Stella has admitted his surprise at McLaren’s ability to compete at the front of the Formula 1 field with Mercedes and Red Bull at times.

Though the two title protagonists remain the class of the field, McLaren and Ferrari have both demonstrated potential to mix up the order at the head of proceedings.

Charles Leclerc has twice taken pole this season, while Lando Norris has snagged three podiums and qualified on the front row at the Red Bull Ring.

A year ago, McLaren was flat out in its battle for third in the constructors’ championship, suggesting it’s made further progress this year – even if that’s not reflected in the points standings.

“Being P3 [in the constructors’ championship] is a great achievement,” Stella, McLaren’s racing director, admitted.

“In a way it was slightly surprising last year fighting with the Racing Point, and it is as well this year because we are fighting with Ferrari, that is obviously a great team for whom we have a lot of respect.”

McLaren and Ferrari are tied on points after the opening 11 races, with the Scuderia third on a countback of results of the first half of the season.

Heading into the back half of the 2021 season, the battle between the two is set to have an unusual hue, with the typical development cycle heavily influenced by regulations set to come into play next year.

That’s underscored by financial regulations which limit what teams can spend, rules that came into force in Formula 1 for the first time this season.

At McLaren, there are plans in place to continue developing the car where the opportunity presents itself, though the focus has shifted to the 2022 design.

Over at Ferrari, the same is also true save for the pending arrival of a new-spec engine predicted to give the Prancing Horse a notable boost.

“P3, we’ll see realistically, if we will be able to confirm it, because the rate of points per race required to be P3 this year is very high,” Stella said of the battle ahead with Ferrari.

“We are scoring, I think, 16 points on average per race which is, realistically, quite ambitious.”

Realistically, worse than fourth at year-end for McLaren would be a significant fall from grace.

Fourth with 163 points, the same as Ferrari in third, Alpine is next best with just 77 points.

It highlights that the battle for third is something of a closed fight, with the Woking and Maranello operations taking the lion’s share of whatever points are left by Mercedes and Red Bull.

There’s also the possibility of stealing a few points off the big runners, as has happened a handful of times already this season.

“We were a bit surprised, I have to say, at some races to be able to compete so closely with Mercedes and Red Bull,” Stella observed.

“For example, the second race in Austria, we were genuinely very close to pole position, and genuinely quick in the race, even if in the race, normally Red Bull and Mercedes they tend to open up the gap compared to the midfield.

“That’s a trend we have seen throughout the year.”

Stella also reasoned that McLaren’s power unit change over the off-season, which saw it swap supply from Renault to Mercedes, has highlighted the comparative strengths of last year’s chassis – carried over and rebranded to the MCL35M for 2021 – in closing the gap to the front runners.

“This has been important but we are not the only car running an [Mercedes] HPP power unit,” he said.

“Aston Martin, they are running an HPP power unit as well.

“So I think this is credit to the development of the chassis that McLaren has been able to achieve, in a way some operational aspects, and I would like to mention as well the drivers.

“Some of these characteristics make it a very, very competitive car when the track has some special requirements.

“So if we can see that Austria, there are seven corners in Austria, four of them are well above 200kph – we know that our car is happy in this kind of demand.

“So yes, surprising, but I think there are some reasonable technical explanations as to why we can be so close at some of the venues.”

Formula 1 is back in action at the Belgian Grand Prix this weekend, a venue with a number of high-speed corners.

Opening practice for the event gets underway at 19:30 AEST on Friday.