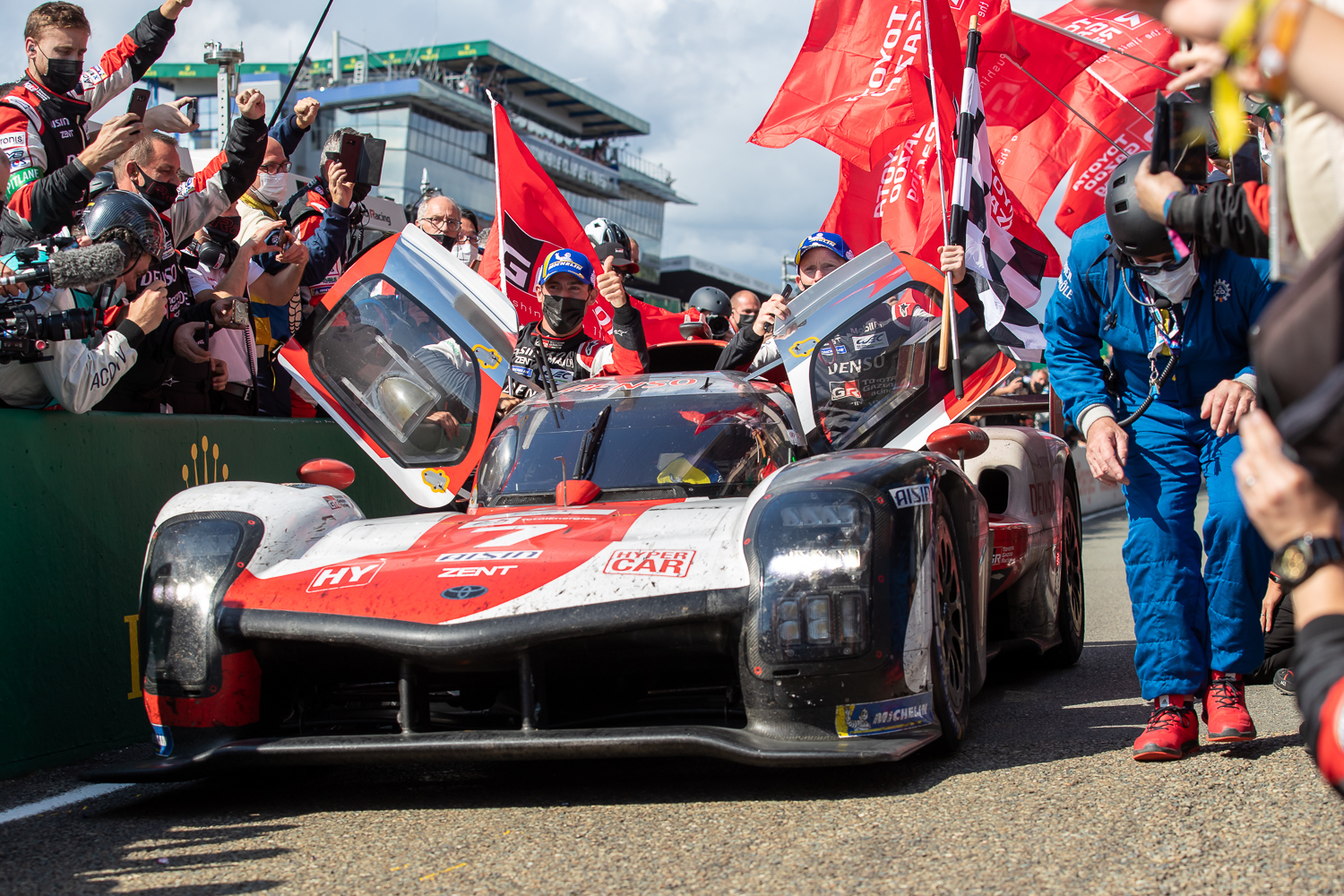 Toyota has dominated the 24 Hours of Le Mans while Australian James Allen stole third place in LMP2 class almost in sight of the flag.

Save for a few minor scares during the course of the encounter, the #7 entry of Kamui Kobayashi, Mike Conway, and Jose Maria Lopez controlled the race throughout.

They headed home the sister entry of Kazuki Nakajimi, Brendon Hartley, and Sebastien Buemi by two laps with the Alpine of Nicolas Lapierre, Andre Negrao, and Matthieu Vaxiviere rounding out the outright podium.

Victory for the #7 put to rest the ghosts that have haunted that entry in recent seasons, surviving fuel pickup problems to enjoy an otherwise straight forward win.

The #8 Toyota also suffered pickup problems, along with an eventful opening few laps for Buemi that left it on the backfoot almost from the outset.

Clouted at the first corner by the #708 Glickenhaus and turned around, the car then ground to a halt on the Mulsanne.

Refired, Buemi then ran long at Mulsanne Corner before working his way back through the field to rise to second.

Ryan Briscoe was fifth for Glickenhaus, the last of the five Hypercars to the flag, one spot back from the sister car.

Leading at the time, by failing to reach the flag the #41 WRT is officially classified as a retirement, promoting the #28 JOTA entry to second and the #65 Panis Racing car of Australian ace James Allen to third in class and eighth outright.

Yifei Ye lead the class as he began the final lap of the race in the #41, however, the Chinese driver seemingly ran out of fuel as his car rolled to a halt.

WRT had commanded the class throughout the night, the #31 in charge before being overhauled by the sister-car on Sunday afternoon.

The squad looked set for a one-two finish before Ye struck drama.

It meant that, even though the Panis Racing entry of Allen, Will Stevens, and Julian Canal had completed less laps than the #41, the trio made the podium since the WRT car failed to see the chequered flag.

Ferrari was victorious in the LMGTE Pro class courtesy of the #51 AF Corse entry, followed home by the #63 Corvette Racing effort and #92 Porsche 911 RSR.

Earl Bamber, the only Antipodean in the class, failed to reach the flag, the #79 entry stopping around mid-distance when co-driver Cooper MacNeil crashed heavily during the night.

AF Corse was also victorious in LMGTE Am, with the #83 Ferrari 488 GTE Evo heading the Aston Martin Vantage AMR of TF Sport, and the #80 Iron Lynx Ferrari in third.

Matt Campbell and Jaxon Evans, aided by Christian Ried, were fifth in class, five laps down on the race winners.

Scott Andrews, who piloted the #57 Kessel Racing Ferrari 488 GTE Evo, failed to see the flag, completing 128 laps to be one of nine LMGTE Am retirements.