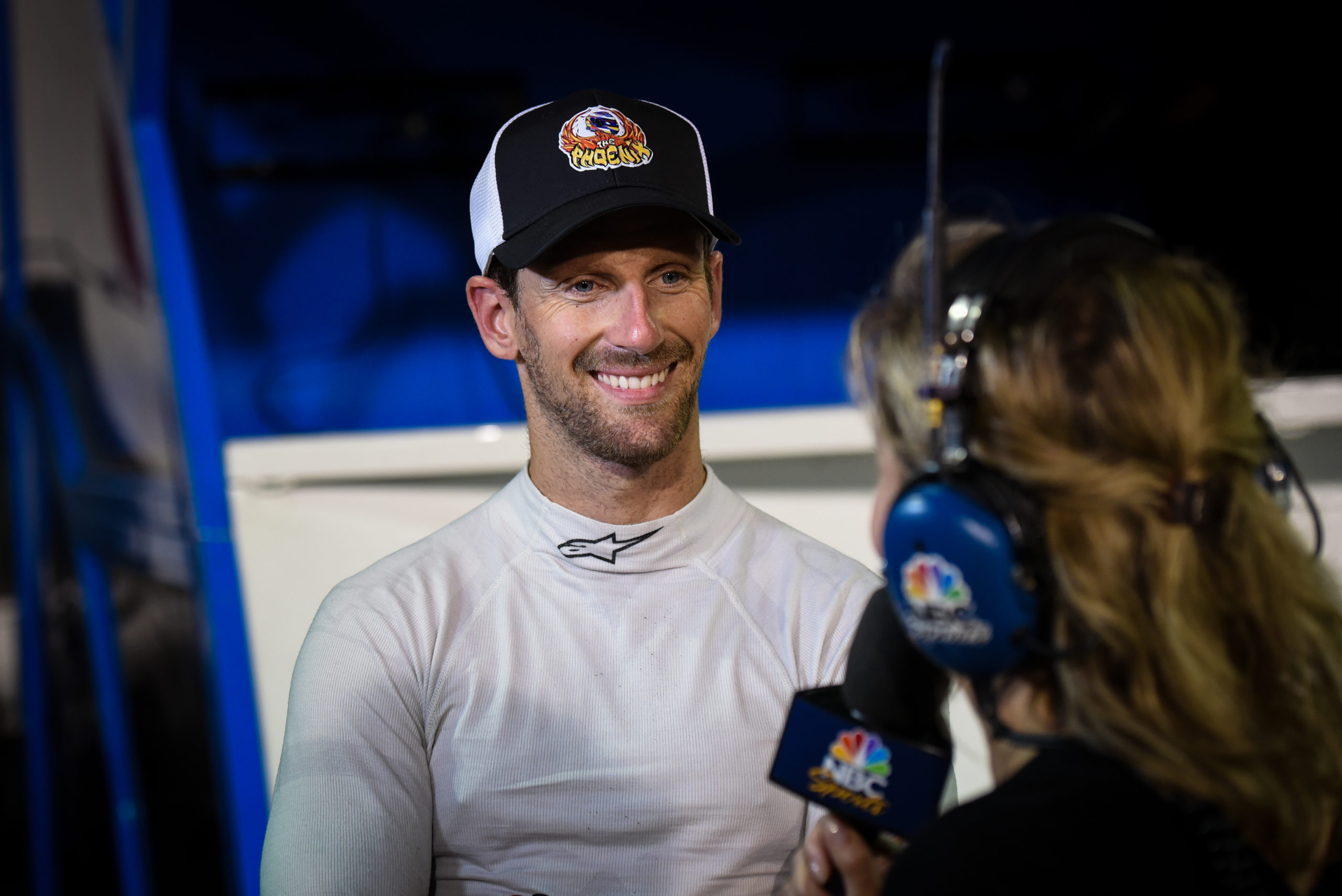 The Frenchman looked likely for a top 10 finish only to draw a bad hand late in the 260-lap affair.

The Formula 1-turned-IndyCar driver made passing look easy on the 1.25-mile oval, a mid-race purple patch seeing Grosjean overtake a handful of cars to break into the top 10.

However, a late-race yellow flag period soon after his final pit stop under green flag conditions meant he lost a lap.

The race wasn’t without its moments, though. On cold tyres, Grosjean got loose and up into the rubber ‘marbles’, costing him valuable time and positions.

“It was good, some parts of the race went amazing, some other parts were a bit more complicated,” Grosjean explained.

“I made a couple of mistakes on cold tyres. I went a bit in the marbles. That cost some time, but I think we got unlucky with the strategy today.

“It just didn’t work out and we couldn’t get our lap back.”

Grosjean went on to finish 14th, a result he thought wasn’t entirely representative of his pace.

“It’s a bit hard finishing 14th when you’ve had such a good showing out there,” he said.

“It was for a while absolutely incredible.”

“He put on some moves. He showed great race craft creativity with the high line on the entrance to the corners in both ends to find clean air.

“I give him an A+ on tonight. Just absolutely fantastic.”

Tracy, who won the 2003 Champ Car World Series, weighed in too.

“So many guys had epic drives tonight, but I think I’ve got to give him the drive of the night,” he said.

“He didn’t get the result, simply by bad luck of a yellow, but he had the speed to finish in the top five for sure.”

The series goes on a western swing beginning at Portland followed by the penultimate round at Laguna Seca and the season finale on the streets of Long Beach.