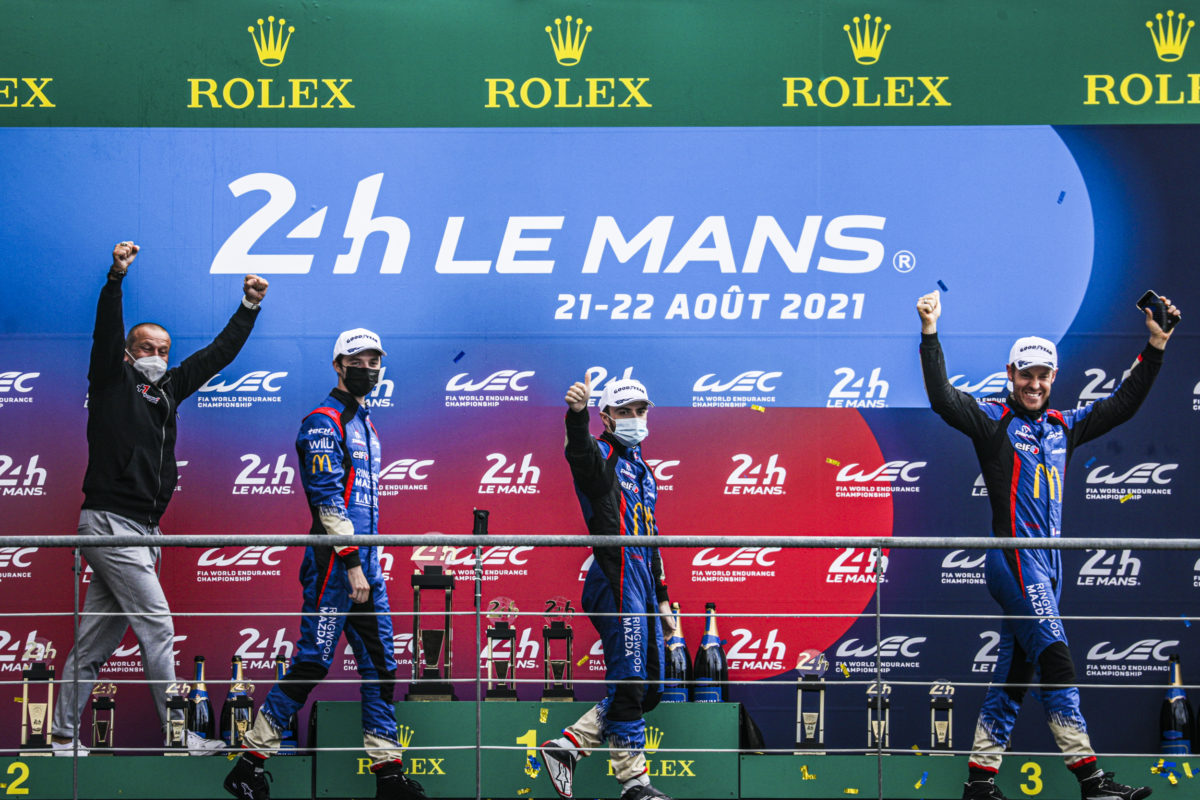 Late drama in this year’s race saw the LMP2 class leading WRT entry grind to a halt on the final lap. With Allen’s #65 entry running fourth in class, that became third as the team rose back into the podium places after a seemingly race-long battle for the top three.

Third place at Le Mans is a dream come true, though if I’m honest it hasn’t really sunk in yet. It was so last minute, we really weren’t expecting it. But that’s the thing with endurance racing, you’ve got to be there at the finish. We had been battling with the Jota car for third for a long, long time, so I think that shows we had the pace to be there on merit. Also, experience has shown that you just need to be there in the last hour; the same sort of thing happened to Toyota a few years ago.

I can’t imagine what the team at WRT are going through. To come so close and to miss out. In our garage there was a real mix of emotions because when the car stopped we knew what it meant – you could really hear a pin drop at that point. Then, when the last car crossed the line, it sort of confirmed it.

The race started wet. Rain began to fall just before the race and it made choosing the right tyres difficult. We went for intermediates, though others went for wets. If we’d have started like normal, after one Safety Car lap, it would have been the wrong choice on our part, but we did a few laps behind the Safety Car and by the time we got racing it was fine.

Our strategy evolved a number of times. We have a run plan of how we think the race will unfold, and by the end of the race that was up to about version 27! Olivier Panis said he thought maybe drivers were pushing their cars too hard, driving like it was still a 24 hour sprint race, but the cars just aren’t up for that anymore, and some failed as a result.

If I’m honest, we were a little concerned about brakes heading into the race. Between Will [Stevens], Julien [Canal], and myself, we’re all pretty heavy on brakes, but the team managed it well. Really, the team did an exceptional job all race.

I managed to get a little sleep during the race, but the mechanics had to be up every 40 minutes or so to do a pit stop. They did a great job, so did Will and Julien, and of course our engineers who had to make sure the strategy was right the whole way through.

Tonight we’re going to celebrate with a dinner for the team, and I’ve got a feeling it’s a night we’re really going to enjoy! It’s such an amazing result, especially after a year like we’ve had with COVID. Even to get to Le Mans was a big thing, and to now have stood on the podium is amazing. My dad is my biggest supporter and unfortunately he wasn’t able to make it out, which was a shame.

I still can’t believe we got the podium. It’s the highlight of my career and a dream come true. It was an amazing race, one I’ll never forget.