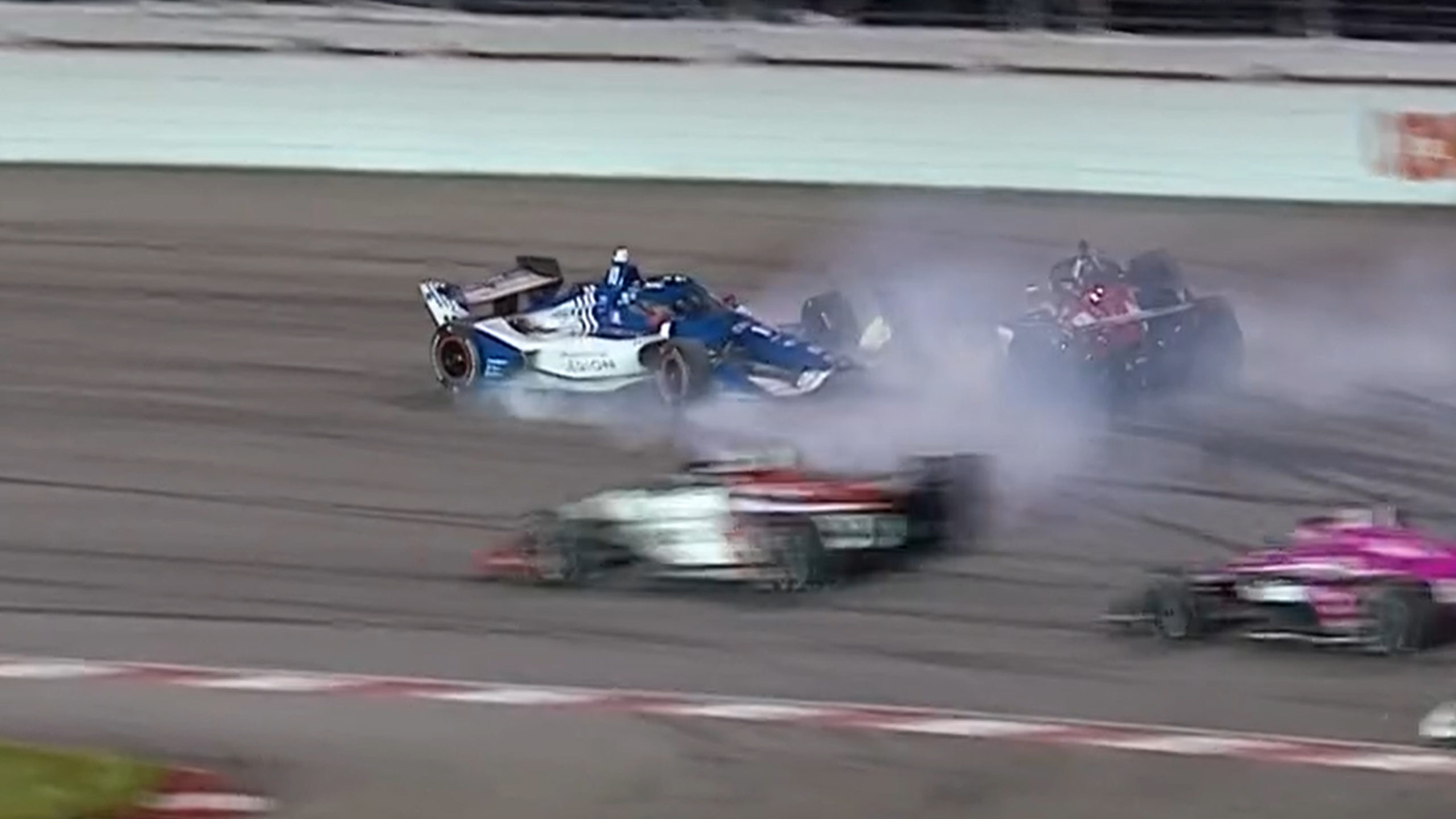 The fight for the IndyCar Series title has been blown wide open after Chip Ganassi Racing team-mates Scott Dixon and Alex Palou crashed at the Bommarito Automotive Group 500.

On the third restart of the 260-lap race, Ed Carpenter Racing’s Rinus VeeKay locked the front left wheel and got into the side of Palou at Turn 1 on Lap 65.

That sent the Spaniard into a spin, whose front nose clipped the right rear corner of Dixon ahead of him who also spun.

Palou and VeeKay slid up the wall and were forced to retire while Dixon went gearbox first into the SAFER Barrier.

The Kiwi drove his wounded car back to the pit lane where the team worked feverishly to get his car fixed.

Palou and Dixon came into the fourth-to-last round of the season in first and third respectively in the points standings.

“There was no space there, I don’t know where they wanted to go but yeah it’s a shame that we get American Legion onboard and we’re having a great day so far because starting 21st after a grid penalty, it was hard to get up to top 10.

“We just wanted to have a clean race, we just wanted to get some points and I thought we had a good race car. So nothing we could do today, just a shame that it played out like that and there’s 200 laps to go. I don’t know what the others were thinking.”

It’s the second race in a row that Palou has suffered a DNF through no fault of his own.

Last weekend’s round on the Indianapolis Motor Speedway road course saw Palou suffer an engine failure while running inside the top five.

“Indy road course we were doing an amazing job I felt and here we did a good job as well, the guys did a really good pit stop and gave us two spots or three spots I think.

“We came from like 21st to 10th so we did our job. We got hit but that’s racing, there’s still three races to go and we’ll try to get that championship.”

Josef Newgarden led Team Penske team-mate Will Power at the time of the incident.

Rinus Veekay gets into Scott Dixon AND Alex Palou, and the @IndyCar championship race just got NUTTY!#INDYCAR x NBCSN pic.twitter.com/38DuLSzWZ6