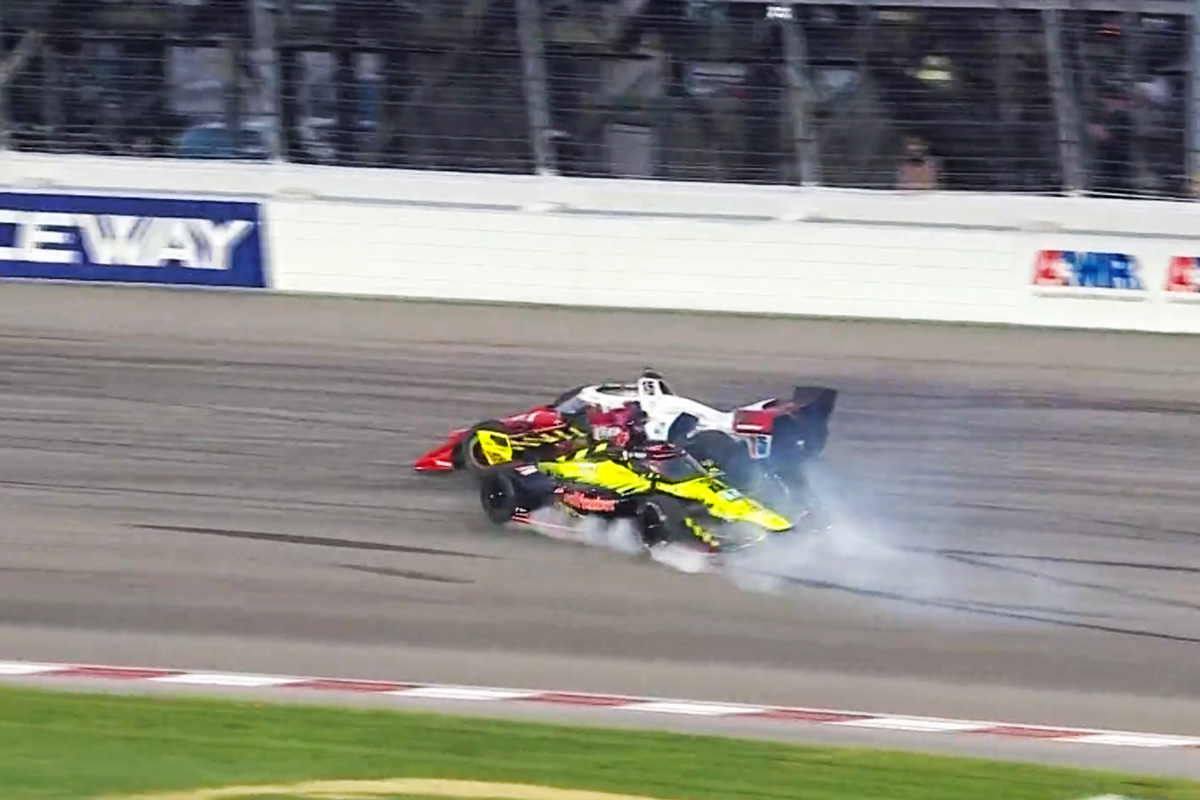 Graham Rahal and Ed Jones have disagreed over an early race incident in the Bommarito Automotive Group 500 at Gateway Motorsports Park.

The IndyCar Series duo were side-by-side into Turn 1 on Lap 3, with Jones on the inside appearing to slide into Rahal’s Honda-powered #15.

Jones was tipped into a 180-degree spin and was out on the spot, while Rahal limped back to the pits and retired from the race.

Dubai-born Jones was quick to shift the blame: “It’s the third lap of the race, you’re pushing but there’s no need to take super unnecessary risks.

“I was always ahead of him into the corner and he just turned down on me.

“I’m not surprised from him, it’s just unnecessary. Feel super bad for the SealMaster car, Bommarito, they’ve put on a great event and for our car to be out so early on is a massive shame.

“Not a lot we could do there and we have just got to push forward for the next race.”

“He blocked me bad, as everybody could see and I broke early into [Turn] 1 to give him a lot of space,” said Rahal.

“[He] ran out of talent, I don’t know what else to say, and unfortunately it really hurts. I think we had a pretty good car.

“You can see he was a full car width off the apex – maybe he should have hit the brakes earlier if he thought that it was too aggressive and use his head but he didn’t.

“So I’m disappointed because the Hy-Vee car honestly was pretty good on used tyres and long runs and I thought we were going to be able to march forward.

“It’s a shame to see it end up that way, it’s inexcusable on his behalf, that early to block that hard… guys just aren’t using their heads right now.”

Rahal entered the event sixth in the standings but has conceded his hopes of a top five finish are all but gone.