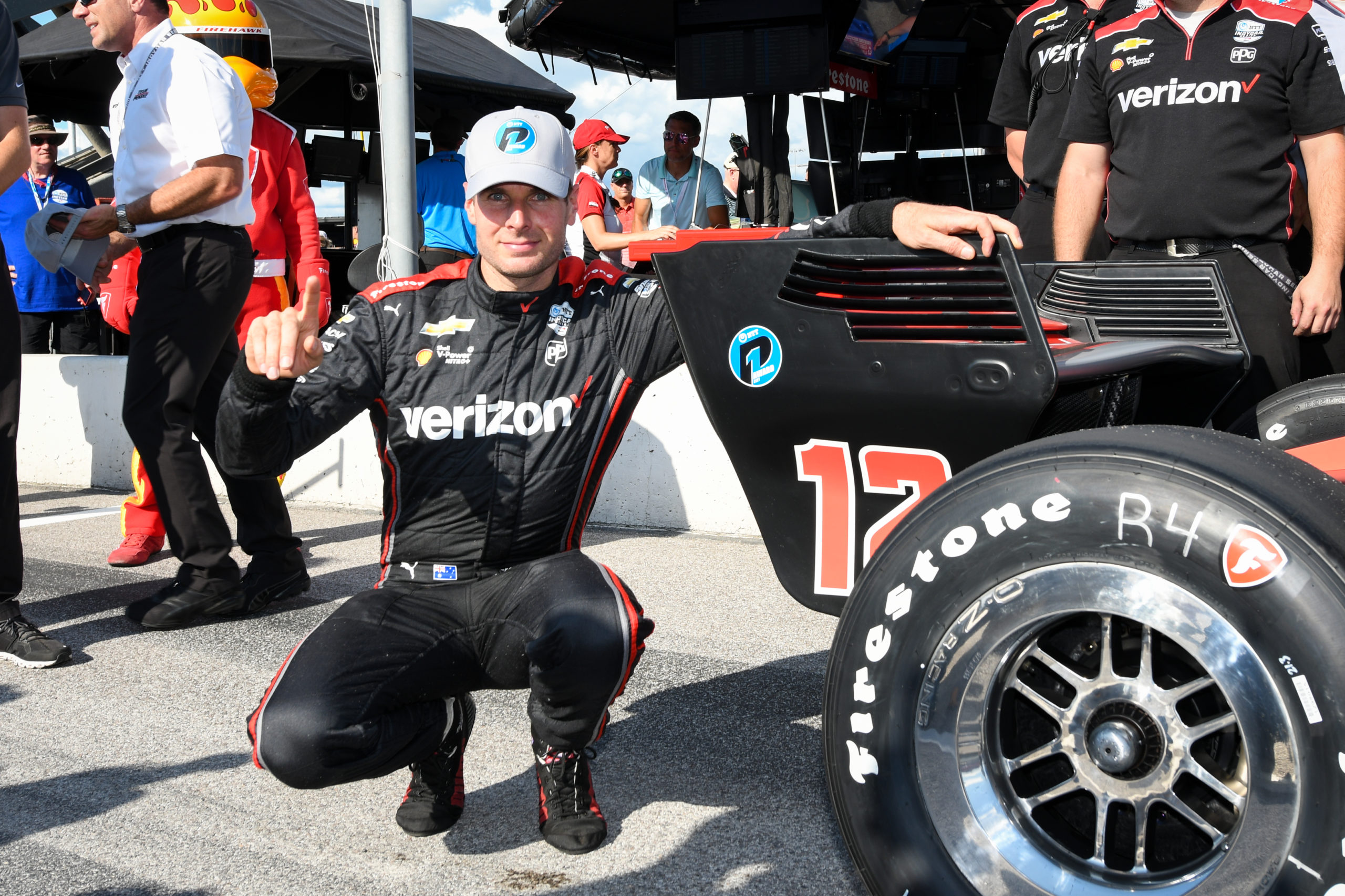 It marks the 63rd pole position for Power, edging him closer to the all-time record currently held by Mario Andretti who has 67 to his credit.

“When I did the laps, I knew the second one was really good, I didn’t think there could really be much better than that,” Power explained.

“The first one, it didn’t downshift and I carried so much speed into [Turn] 1. It didn’t grab fourth [gear] until after the corner.

“Stoked man, because every one I get gets me a little bit closer to that record.

“I know it’s going to be really tough to ever be able to beat that but if I didn’t get a pole this year it pretty much was going to be impossible.”

“There’s definitely a lot of confidence for the team after last week and in myself as well, because I struggled a little bit this year,” he added.

“It just feels good to put qualifying sessions together without mistakes and also races. That’s a little victory in itself getting that pole.

“I’m just so happy to get another pole that’s closer to that record and also starting up front for the race.”

Dalton Kellett (A. J. Foyt Enterprises) was first out to complete his two-lap average, setting the benchmark with a 174.803 mph effort.

Team Penske’s Scott McLaughlin was the 10th car out on track, setting a two-lap average of 178.914mph to slot into second behind Felix Rosenqvist (McLaren SP).

Andretti Autosport’s Alexander Rossi was the first to crack the 179 mph bracket, setting a 179.589 mph two-lap average to go straight to the top.

However, Will Power was quick to beat that effort, setting a blistering 180.618 mph average in the #12 entry.

Simon Pagenaud soon made it a Team Penske one-two after he set a 180.368 mph average behind the wheel of the #22.

Colton Herta (Andretti Autosport) split The Captain’s men on his two-lap flyer with a 180.528 mph average then practice topper Josef Newgarden slotted into third with his two-lap effort.

Scott Dixon, who held third in the standings going into the weekend, looked to struggle with a nervous car.

Like Dixon, title contender O’Ward looked like he was struggling with a twitchy car, eventually dropping into fifth.

Series leader Alex Palou was the last on track, and with a nine-place grid penalty hanging over his head for an unapproved engine change, that guaranteed Power pole position.

In the end, the Spaniard would only qualify 12th with a 178.579 mph two-lap average. With the penalty applied, he will start 21st.

The 260-lap race at Gateway Motorsports Park gets underway later this morning at 10:00 AEST.