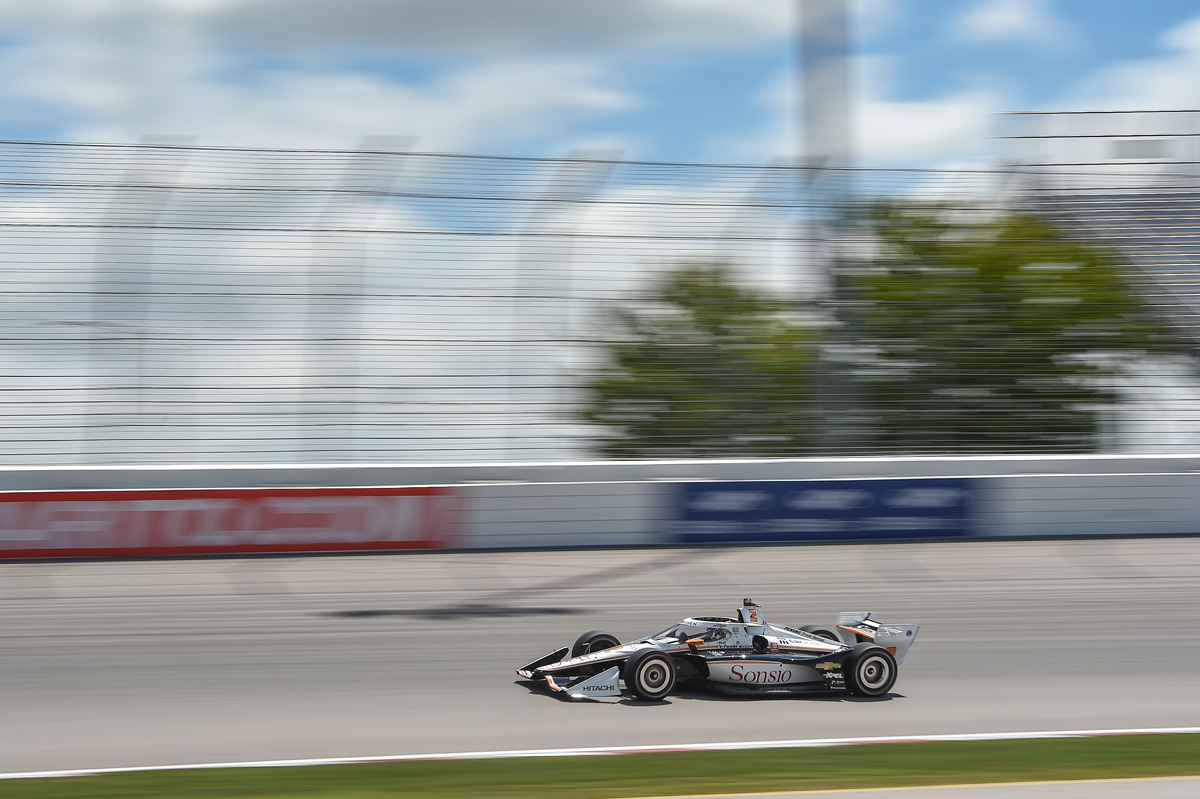 Team Penske has laid down the gauntlet in practice as the IndyCar Series returns to oval racing for the final time in 2021.

Josef Newgarden was fastest of all in the 90-minute session at Gateway Motorsports Park, delivering a lap time of 25.1715s.

Right on his tail was Penske team-mate Scott McLaughlin, in a promising sign for the Kiwi after a tough recent run of form.

“We jumped into the track when it was quite green, and it was a bit nervous and wasn’t really feeling the way I wanted it, so we made some really good changes across the session, and the DEX Imaging Chevy is going really good,” McLaughlin said.

“I’m excited for what’s ahead. It’s nice to be on an oval. I love them so much and have really taken to them.”

McLaughlin, of course, took a stunning second-place finish on his oval debut back in May at Texas Motor Speedway and was Penske’s top qualifier at the Indianapolis 500.

Third was Ryan Hunter-Reay, ahead of Graham Rahal and Scott Dixon.

Oval debutant Romain Grosjean was an impressive 11th, while Australia’s Will Power was 16th – one place ahead of series leader Alex Palou.

Track position has been tipped as being vital for the 260-lap race which will start at 10:00 AEST today.

Before then, qualifying will get underway at 07:00 AEST.