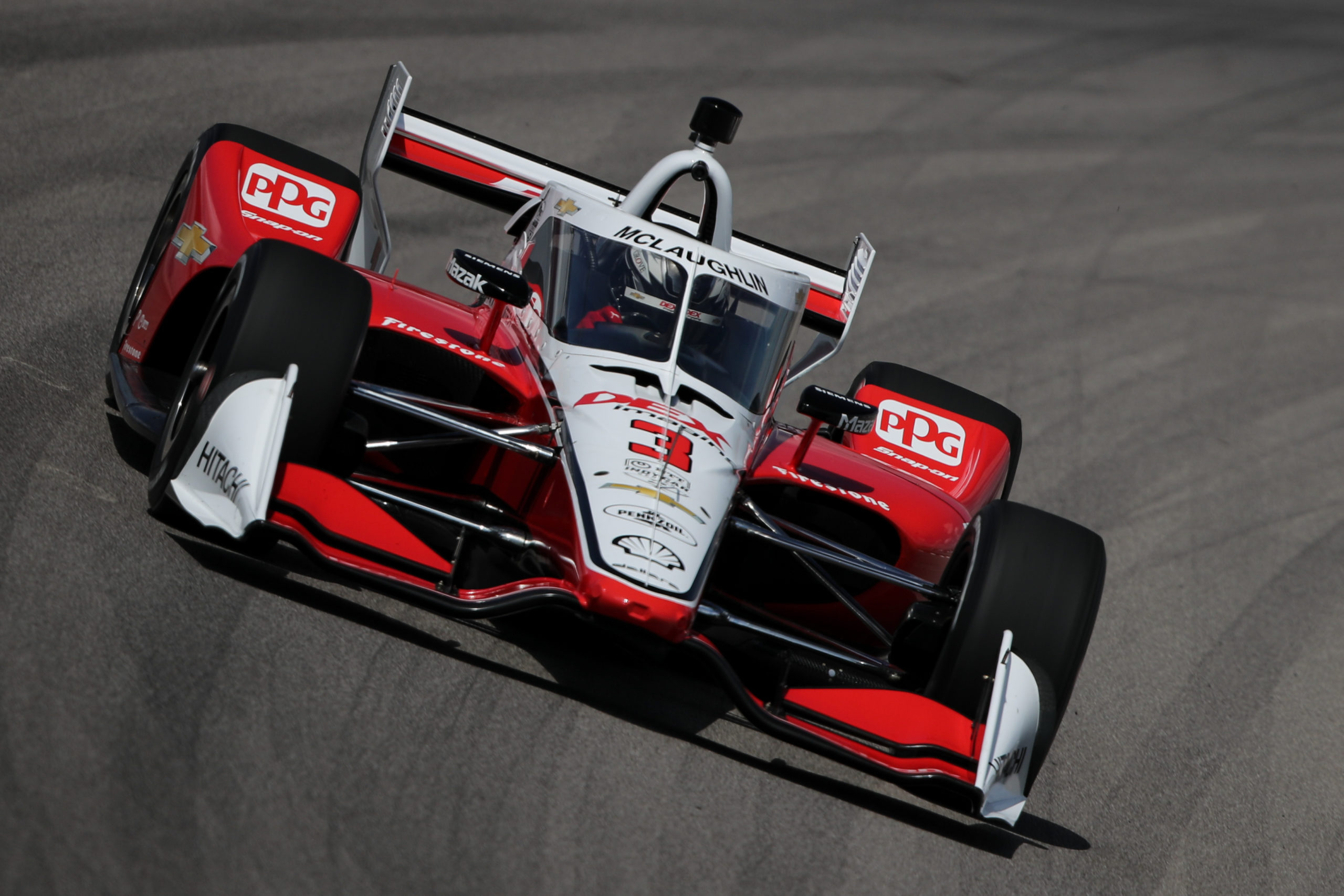 The Kiwi finished just behind fellow Team Penske pilots Josef Newgarden and Will Power, who placed first and third respectively in the Bommarito Automotive Group 500.

Having set the second quickest time in the day’s sole practice behind Newgarden, McLaughlin went on to qualify 11th and survived a chaotic 260-lap affair around the 1.25-mile oval.

After a slow getaway that saw McLaughlin drop a handful of places, the 28-year-old climbed his way back into contention in the latter half of the race on a conservative fuel strategy.

In the end, the IndyCar Series rookie crossed the line in fourth for his second-best result of the season and his fourth top 10 finish of the year.

“It was an awesome day for us in the Dex Imaging Chevy,” said McLaughlin at the close of play.

“I think we had a decent car. Initially, in the starts, I probably didn’t pick the right holes and was a bit safe in some ways.

“But then the second or third restart – or the 10th restart, whatever we had, it was crazy – I really got into it and got comfortable and got ourselves into a nice position there.

“We were able to save some fuel and move through the sequences.”

“I was so bummed after qualifying,” said Newgarden, who led 138 laps on his way to victory.

“Gavin [Ward] did such a great job putting the car together, my engineer. Really, everybody.

“Scott McLaughlin, he tested here for us. He brought us a completely new car, which was fantastic.

“I wanted to put it on pole and I felt like I messed it up. A little redemption in the race makes me feel so food for the guys.”

Having not been inside the top 10 in seven races, McLaughlin said the fourth place finish was a much-needed boost.

Most of all, the result showed that McLaughlin is finding improvements.

“We tested here not long ago and my feedback is translating into some performance gains for all the guys.

“I’m really proud of that. It shows I’m learning the car and getting better and getting more comfortable with it and trusting myself.

“That’s the biggest thing for my journey right now is just trusting my ability, trusting what I want from the car, and eventually when I got more laps under my belt we’ll get certain results like this.

“Really proud of everyone on the Dex Imaging Chevy. It’s a great day. Great fuel mileage. I can’t wait for what’s ahead.”

McLaughlin has maintained 13th in the drivers’ standings and the lead in the Rookie of the Year battle, which he is waging with Romain Grosjean who lies 15th.