The Pabst Racing driver was quickest in practice before qualifying fifth for the 55-lap race, which he’d claim third in.

“We had the best one-lap speed of anyone but we made a mistake in our qualifying setup and started fifth.

“That first green lap was madness, guys going three wide. We really had to claw through – I probably underestimated how big the tow was on that first lap.

“I got into third on the restart from the yellow and I was one of the fastest cars out there – I just wasn’t as close as I needed to be at the end.

“Overall, I’m happy with the weekend, it’s another podium, good points and we know we have good pace.

“Considering all the bad luck we had in the middle of the year, we’ll take that and keep going.” 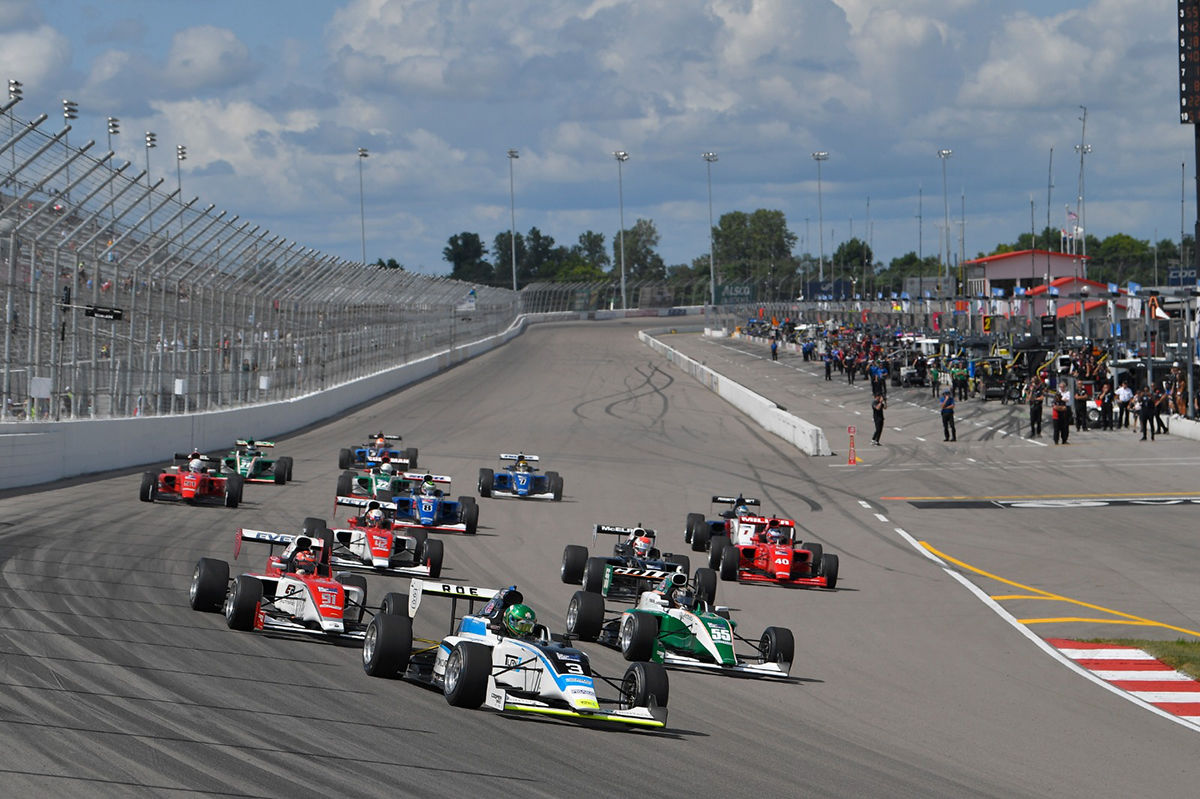 Eves was quick to take the lead, demoting Roe to second with a sweeping pass around the outside at the first turn.

Series leader Christian Rasmussen of Denmark was the race’s hard charger early on, coming through from seventh to third by the end of Lap 1.

Rasmussen in the Jay Howard Driver Development entry put pressure on Roe early, though their battle was put on hold briefly after a Safety Car intermission.

Rasmussen made quick work of Roe on the restart to move into second while McElrea followed suit to move up to third.

Out in front, Eves survived pressure from Rasmussen to claim a slender 0.731s win, his third of the season.

McElrea, meanwhile, finished a distant third, though that was enough to see him move up to fourth in the drivers’ standings on 264 points.

Rasmussen leads the series on 345 points from Eves on 313 points.

Indy Pro 2000 continues next weekend at New Jersey Motorsports Park for a triple-header on the road course.