How Triple Eight got ahead of the COVID-19 curve

How Triple Eight got ahead of the COVID-19 curve 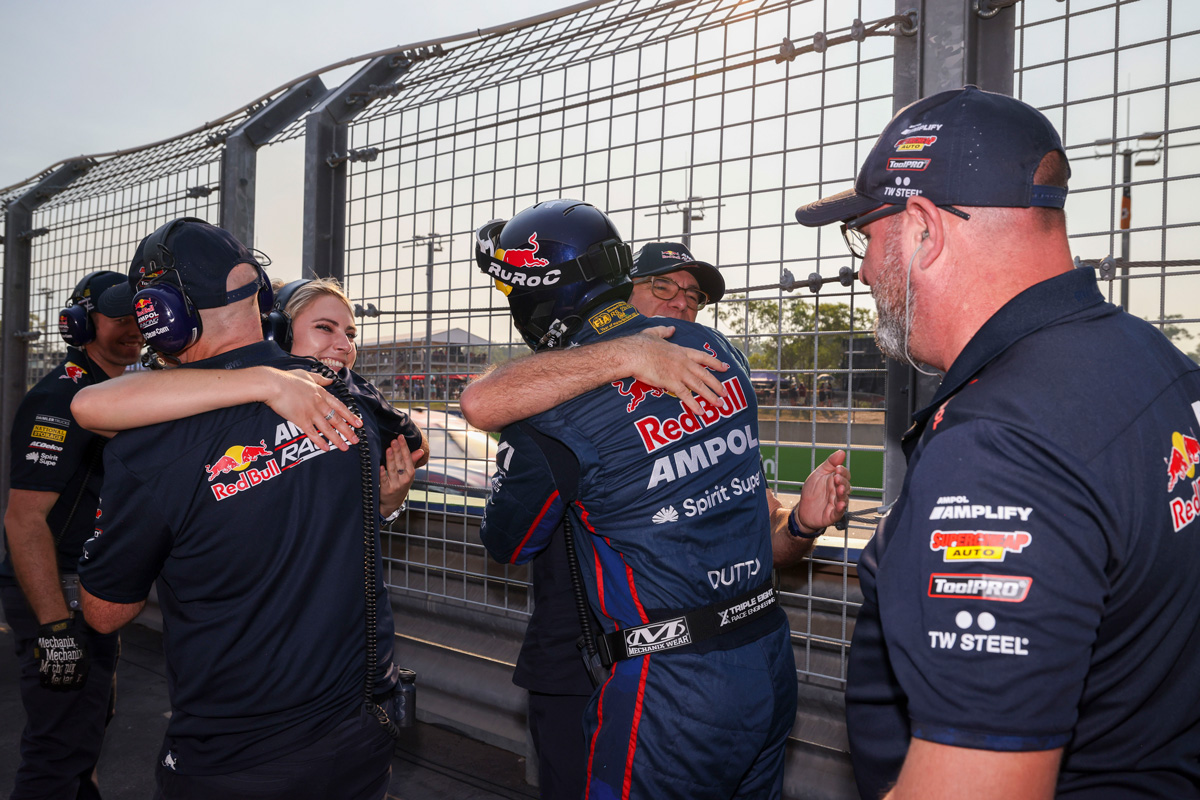 Triple Eight Race Engineering supremo Roland Dane has opened up on his pride relating to his staff’s response to Australia’s COVID-19 situation.

Supercars is currently on an extended break as multiple states are hit by outbreaks, most notably New South Wales which yesterday reported 825 cases in a single day.

The skyrocketing numbers have put a cloud of doubt over the remaining five rounds this Supercars season – four of which are due to take place in either NSW or Victoria, where the capital city of Melbourne is also in lockdown.

Triple Eight have done their bit however, with Dane himself leading the way.

“From our point of view as a business, I pointed out to everyone including the drivers, the 55-odd full-time employees that we’ve got, back in April that I thought the only way out of the situation we’re in as a country is vaccination,” Dane told Speedcafe.com.

“So I think the fourth of May was the first date in Queensland that I was eligible as an over 60-year-old to get a vaccine; I was the second person at the clinic in our area, to set an example.

“I think part of leadership in difficult times is to set an example, so along with a number of my peer group in different industries around the country, I went out and got vaccinated the minute I could and then we urged everyone to register their interest straightaway, which I’m very pleased to say almost everyone did within our organisation.

Already some states have begun demanding proof of vaccination upon entry, positioning Brisbane-based Triple Eight well for when travel is back on the cards.

“I don’t know what form restrictions will take… but there will almost certainly be incentives at some stage for those people who have been fully vaccinated,” Dane added.

“I think in all the nonsense that has been out there, people forget that in Australia, almost every child by the time they’ve reached puberty has had 13 different vaccines.

“And not only that, there are incentives in play whereby you’re not eligible for child credits if you haven’t had vaccines, or any subsidies for childcare, so there are already carrots in place for vaccine strategy.

“And coming from a medical family, if you like, my brother is a doctor, my father, he and his team discovered Hepatitis B and every person in Australia is vaccinated against Hepatitis B almost as soon as they’re born.

“So I think it’s very important that people who are in leadership positions show leadership right now and I’m very proud of the response of the team to be not only registering to get vaccinated, but to be proactive.

“And if you roll the clock back two months ago when the vaccine hubs were first established by the state in Queensland, nobody was going to them.

“There was almost nobody going to them, so you could walk in and get a vaccine… until suddenly there were outbreaks everywhere and everyone said ‘we better go and get vaccinated’.

“So I think we were ahead of the curve and I’m very proud of what everyone has done to help safeguard the team, the business and themselves.

Dane is this weekend competing in an Excel Cup Enduro at Queensland Raceway, sharing a #888 entry with Prince Jefri Ibrahim.