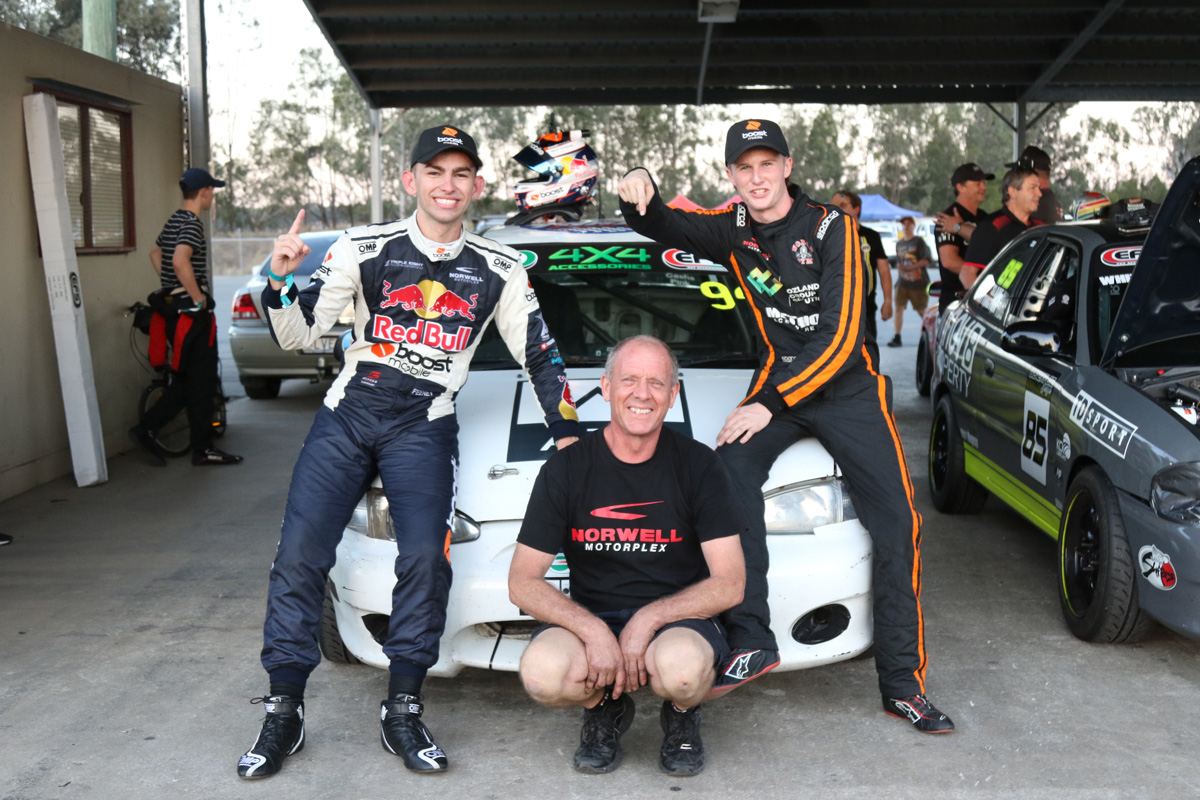 Broc Feeney has produced a sterling drive to take victory in a Hyundai Excel endurance affair this afternoon at Queensland Raceway.

Supported by the likes of Paul Morris, Brodie Kostecki and Anton De Pasquale, the #94 combination of Feeney and Nash Morris started from second in the 35-car field.

Morris was solid through the opening stint, running towards the back end of the top five throughout the hotly contested early stages.

Morris was one of several front-runners to pit on Lap 22 of 57, handing the driving duties over to Feeney, who many are expecting to be announced as Jamie Whincup’s successor at Triple Eight Race Engineering in the coming days.

The 18-year-old did a superb job to grab the lead and never looked back, opening up an 11.8541-second buffer by the time he took the chequered flag.

His nearest rival at the end was Darren Whittington, who’d taken the wheel from none other than Supercars Championship regular Tim Slade.

The pole-sitting entry of Brett Parrish and Cameron Wilson rounded out the podium, finishing just ahead of the #25 steered by Super2 Series rookie Declan Fraser and Bradi Owen.

Among other notable names was SuperUtes title winner Ryal Harris in ninth and the #888 of Roland Dane/Prince Jefri Ibrahim in 17th.

After some eventful lead-up heats, Dane was impressive in charging from the back of the field to quickly be circulating inside the top 20.