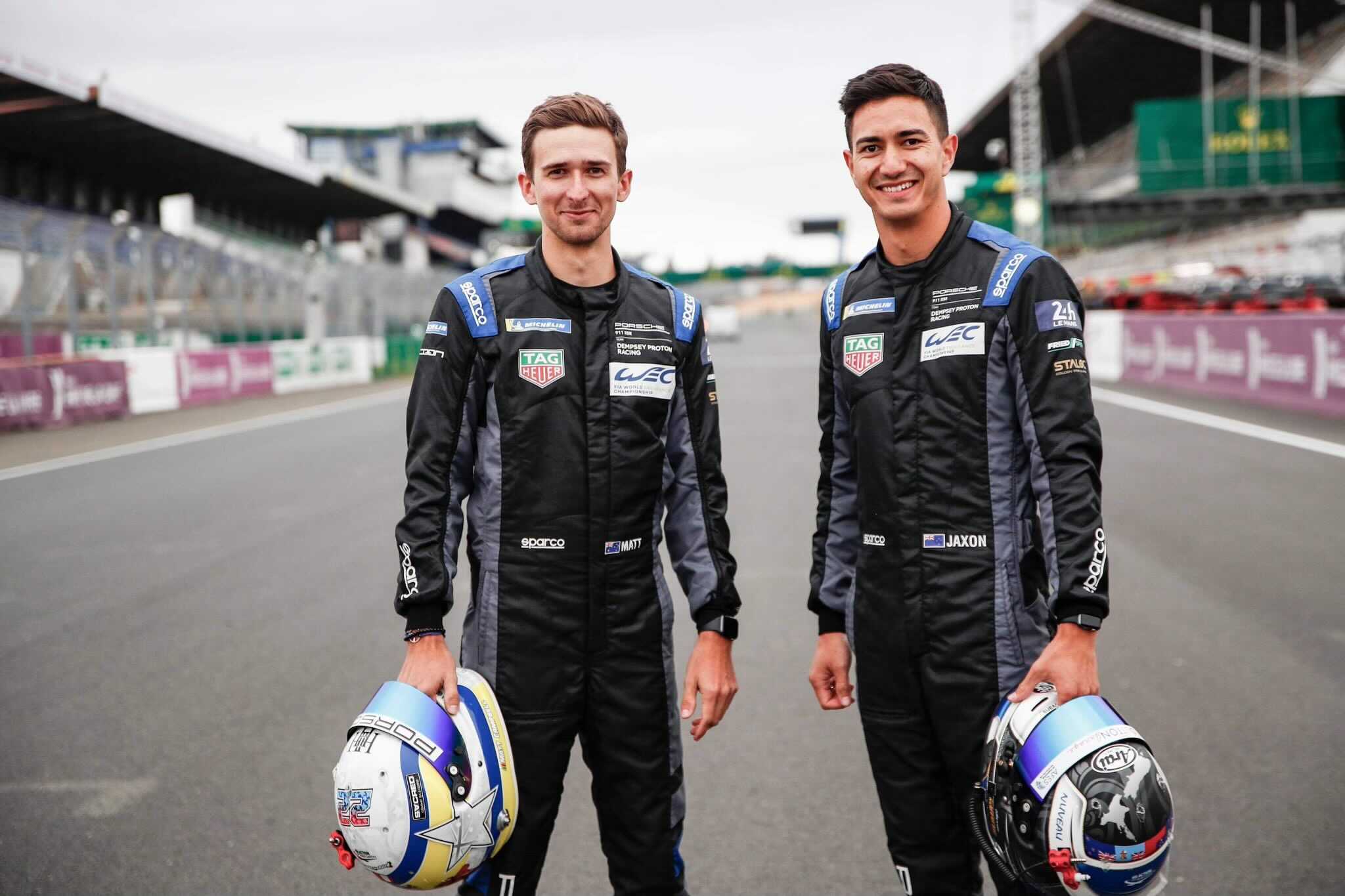 Campbell and Evans are among the production line to have come through McElrea Racing and go on to bigger and better things.

The duo won the Porsche Carrera Cup Australia title in 2016 and 2018, respectively, and are now established stars in Europe.

Watching them combine for the enduro epic that is Le Mans, starting tonight at midnight (AEST), will be a special occasion for McElrea.

“To see both of them get to that point is extremely rewarding for us as a team,” McElrea told Speedcafe.com.

“For them to actually be in the same car at the world’s biggest sportscar race, it’s actually something we joked about three, four, five years ago, about the two of them racing together at Le Mans and bugger me if it hasn’t come true.

“They met when Matt was driving with us in Sprint Challenge and then Jaxon came along and as it turned out, they’re like-minded dudes and they hit it off straightaway and became good mates.

“So their friendship obviously started here but it’s multi-layered in terms of how much they have had to do with each other and now they’re room-mates in Germany, so that’s pretty cool.”

With both hailing from relatively small towns – Warwick in Queensland for Campbell and Levin on New Zealand’s North Island for Evans – McElrea believes their journeys are inspiring future generations.

“That’s something that we were absolutely certain of from when we started our Carrera Cup team, was firstly that the Australian championship is world-class,” he said.

“I always used Craig Baird as a benchmark and if you could beat Bairdo, you were world-class and Fabian and Dave Reynolds kind of proved that.

“So we never really changed our opinion on how competitive the Australian championship was, and then Matt came along and with all due respect, he’s not from a wealthy family.

“As a team, we did quite a bit to help with his fundraising, particularly in his first year when he was completely unestablished and no one knew who he was.

“We had team-mates like Tim Miles and Grant Sparks that bought tyres for him for the next round and by the end of that first year, people kind of took notice of who he was.

“Michael Hovey was one of the most key guys whose name is also on the back of Matt’s helmet along with a few of us.

“In Jaxon’s case it was slightly different, but again, not from a wealthy family… they all worked very hard to raise the funding and the backing to get him through.

“Now we have got Cooper Murray and Harri Jones and these other kids, Ryan Suhle, Jackson Walls, Christian Pancione, Bayley Hall and so forth, who are all coming through that can see that it can be done without writing cheques all the way through.

“So it’s quite rewarding to see that what we suspected was the case 16 years ago, has actually come true.”

Campbell, Evans and Christian Ried will line up on the Le Mans grid 12th in the GTE Am class and 51st outright in their Dempsey Proton Racing Porsche 911 RSR-19.