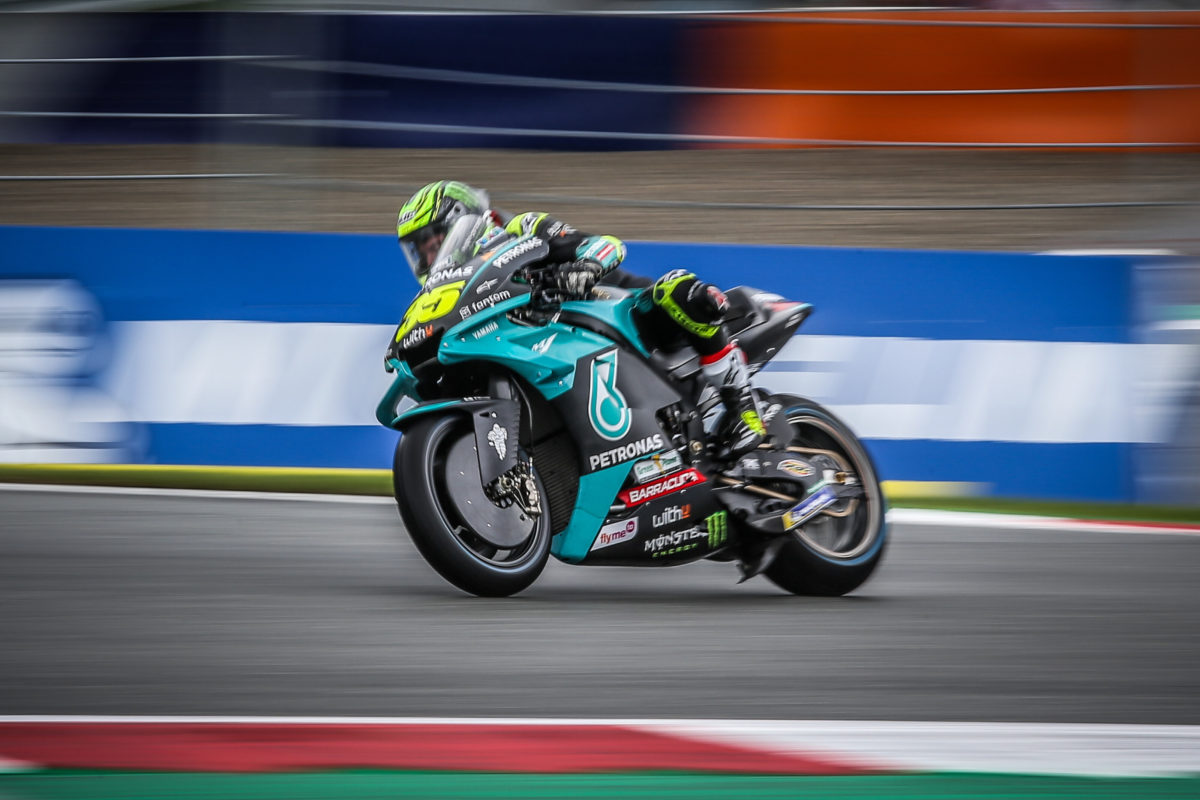 Cal Crutchlow will ride for Monster Energy Yamaha in next weekend’s British MotoGP after the immediate termination of Maverick Viñales’ contract.

Yamaha and Viñales have parted ways, a decision said to be a mutual one, after the Spaniard was suspended for seemingly attempting to damage his engine in the Michelin Grand Prix of Styria.

The Iwata marque fielded only one entry of its own in last weekend’s Austrian Grand Prix, from which Viñales was withdrawn, but has now called its test rider into the factory team.

Crutchlow had ridden in both races at the Red Bull Ring as an injury replacement for Franco Morbidelli at SRT, which has in turn shifted Jake Dixon up from its Moto2 team for the visit to Silverstone.

“It’s a privilege to be a part of Yamaha and to do what originally was supposed to be three races for the Petronas Yamaha Sepang Racing Team, but the plans have changed,” said Crutchlow.

“I want to thank them and I look forward to riding with the Factory Team.”

The appointments have thus far only been confirmed for the British MotoGP, the home event for both riders in question.

Who rides the second factory entry beyond Round 12 of the season is thus still not known, with Crutchlow revealing at the Red Bull Ring that he has the right to turn down grand prix starts.

The only recently retired competitor could nevertheless see out the season as a racer again, but it should be noted that Yamaha-contracted Superbike World Championship rider Garrett Gerloff has also filled in for its MotoGP team in the past 12 months.

He also rode for SRT in place of Morbidelli at the Dutch TT, just before this year’s summer break.

Dixon therefore makes for four different riders on the older ‘A-Spec’ Yamaha in five rounds, including Morbidelli prior to his injury, and it could soon be five in six.

Team principal Razlan Razali described the latest development as a “one-off opportunity” for Dixon, who spoke of “the opportunity to do it [ride in the premier class] for one GP this year.”

That is despite the likelihood that Morbidelli will also miss the Aragon Grand Prix in northern Spain on September 10-12 as he recovers from knee surgery.

“This is a unique opportunity for Jake to show what he can do and explore his potential on a Yamaha YZR-M1,” said Razali.

“We are not setting any particular targets regarding results; it is an opportunity for experience at his home GP, while Franco continues his recovery.

“This is a one-off opportunity, and we wanted one of our family of riders to have this chance aboard the MotoGP bike.

“As it is his home Grand Prix, it is a circuit that Jake knows well and it will be great for the British fans to have another rider in the premier class.

“We also thank Cal for his contribution to the team during the past two GPs and we wish him all the best for next weekend.”

Dixon added, “It’s been a lifelong goal to make it into the MotoGP class.

“So, to get the opportunity to do it for one GP this year, on the bike that I always wanted to – the Yamaha YZR-M1 – and to do it at home is something really special.

“It is going to be very difficult but I’m looking forward to jumping on the big bike, even though it’s different, and it’s very exciting!

“I haven’t been able to sleep because I’ve just been thinking about it. It’s a dream come true.

“I’m going to give my all to do the best I can for the team and I want to say a massive thank you to them for this opportunity. Also to Yamaha for believing in me as well.

“I don’t have any targets, I’m just aiming to enjoy it and gather all the experience I can.

“I just want to wish Franco a speedy recovery and that we can see him back at the track soon.”

The one-off nature of Dixon’s ride leaves open the possibility that his Spanish team-mate in Moto2, Xavi Vierge, will be given the seat at Aragon.

That could then set them up for something of a battle for a MotoGP seat next year, given SRT should have two to fill due to Valentino Rossi’s retirement and Morbidelli’s likely move to the factory team.

Darryn Binder, who currently rides for SRT in Moto3, is in the frame for the other premier class ride in 2022 and tested a Yamaha Superbike at Brno during the week.

Dixon’s replacement in the Moto2 team for Silverstone has not yet been named.

Practice for the British Grand Prix starts on Friday, August 27.