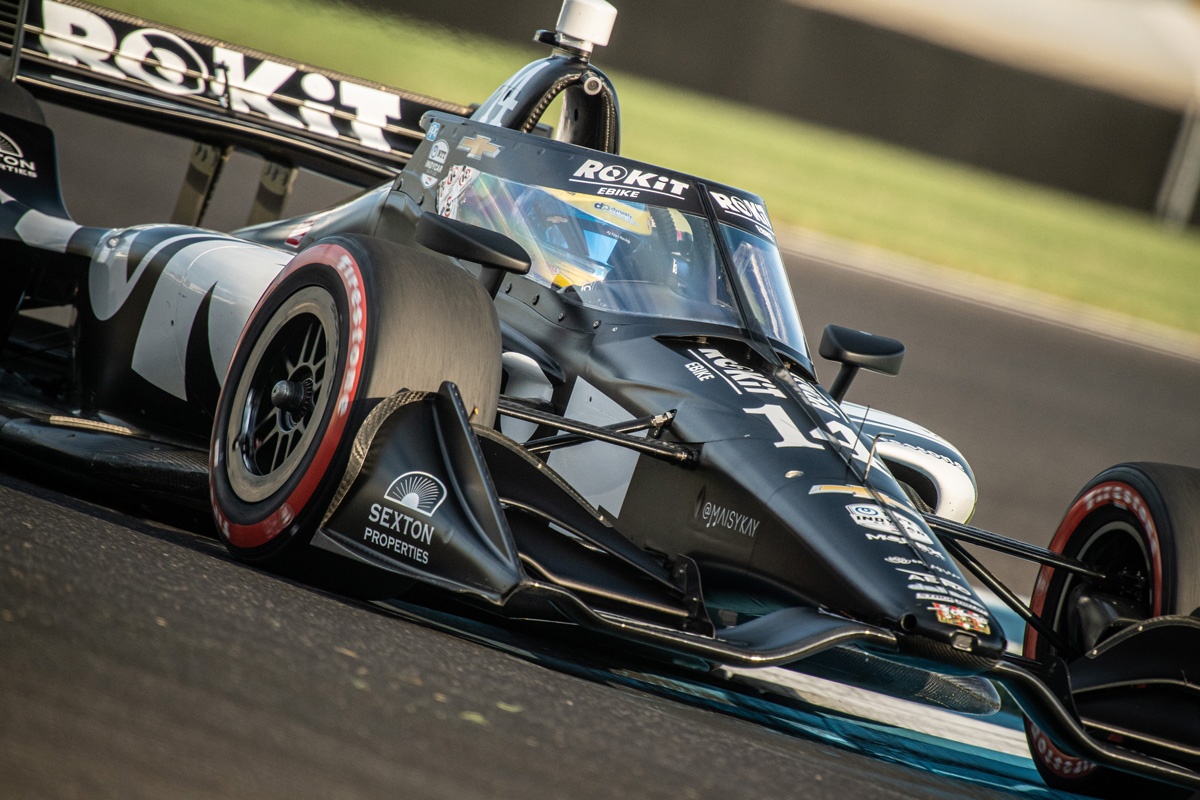 Sebastien Bourdais says he has “unfinished business” at Gateway Motorsports Park but is not overly optimistic of springing a surprise this weekend.

The four-time Champ Car title winner is currently staring down the barrel of his first full podium-less campaign since 2012, having not even cracked the top 10 since Round 2 back at St. Petersburg.

Time is running out to jag some silverware, much like under pressure Andretti Autosport driver James Hinchcliffe did in a wild Nashville race earlier this month.

Bourdais though is not expecting Gateway to be overly kind to him, branding the oval track a “really difficult place”.

“We didn’t have the best of tests during the summer break,” he said.

“It’s definitely a track that I know my way around. I was almost on pole in 2019 and ran at the front all night long until I kind of made a mistake on cold tires and stuffed it.

“There’s a bit of unfinished business over there so hopefully we can do something.” Both he and A. J. Foyt Enterprises team-mate Dalton Kellett are expecting qualifying to be critical.

“Track position is key, passing is almost impossible, unless you get bottled up in traffic and give somebody a big run, but overall, it’s a big track position game,” said Bourdais.

Added Kellett: “I know last year it was tough to pass, so that’s going to be important for the teams to figure out and see if they can make passes happen.

“Also qualifying is going to be key, getting that good track position.

“It’s also a semi-impound race so you have to make that decision: do you optimise qualifying or the race? So that’s going to be what we’re discussing between now and green flag on Saturday.

“Overall looking forward to getting back to some oval racing. We’ll have some excitement under the lights at Gateway for sure.”