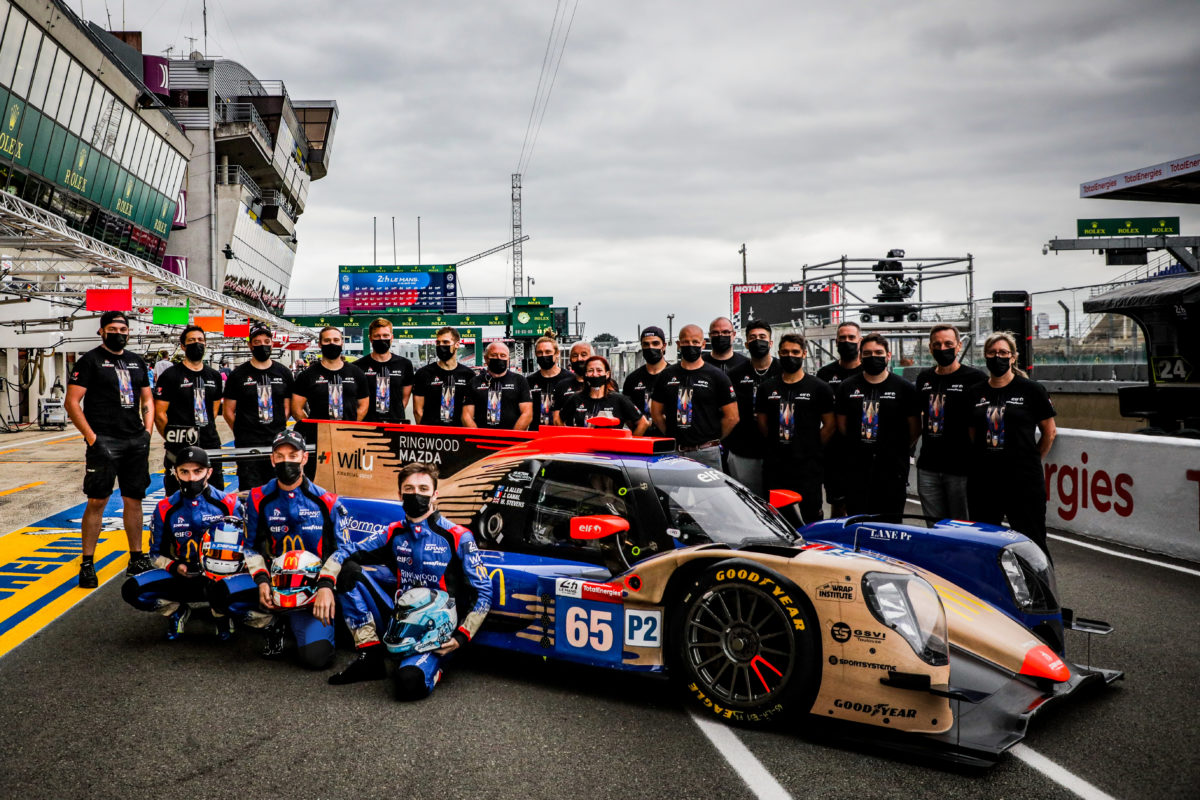 Friday at Le Mans is a much easier day, with a later start and no track running. It meant I was able to have a good rest last night and start preparing for the race tomorrow.

I do have to be at the circuit though. There’s a drivers’ briefing and a starting drivers’ briefing to attend – I’m not going to say if it’s Will, Julien or myself that will start the race, you’ll have to see! We also spent some time with the team, and going over some of the buttons and switches in the car that we don’t use very often.

After that, we did some driver change practice. Since the three of us all race together in the European Le Mans Championship we’re pretty familiar with the process, so we don’t need too much practice. The difference is in ELMS we might do two changes a race, but at Le Mans there’s obviously a lot more.

Otherwise it’s a day to try and take it easy, not use too much energy, and head off early to get some good sleep. Being well rested is hugely important. Our team hospitality has some beds set up out the back for us, so we’ll try and grab some sleep whenever we can during the race.

Starting third is a really good start. We’ve shown all week that we’ve got pace so we’ll go into the race looking to keep hold of our position but at the same time not taking too many big risks. The LMP2 class is extremely competitive with Formula 1 race winners, Le Mans winners, and Formula E world champions. The United Autosports cars are always fast, as are the WRT cars, so they’re ones to keep and eye on. The Jota entry on pole has been extremely fast all weekend. Antonio [Felix da Costa] and Anthony [Davidson] have been very good, and Roberto [Gonzalez] has been going okay too.

The podium though has to be our target. By qualifying where we did we’ve given ourselves a good chance and we’ve shown we’ve got the speed, but it’s going to be tough. I don’t think a win is totally out of the question. It’s always been my dream to win Le Mans, and it’d be the biggest result of my career. Earlier in the week I thought there might be a chance for an outright podium if the Alpine could push the Toyota hard enough, but the Toyota looks to have something extra in hand. The Glickenhaus have shown to be quick but then their pace drops and they’re running the same sort of speeds as the LMP2 class, so it will be interesting to see where they end up.

Our main priority though is to stay out of trouble. We’ve seen lots of yellow and red flags all week and we’ve been lucky not to be caught up in them. It’s important to keep that going, not take any unnecessary risks, and see where we end up at 4pm on Sunday (midnight AEST).