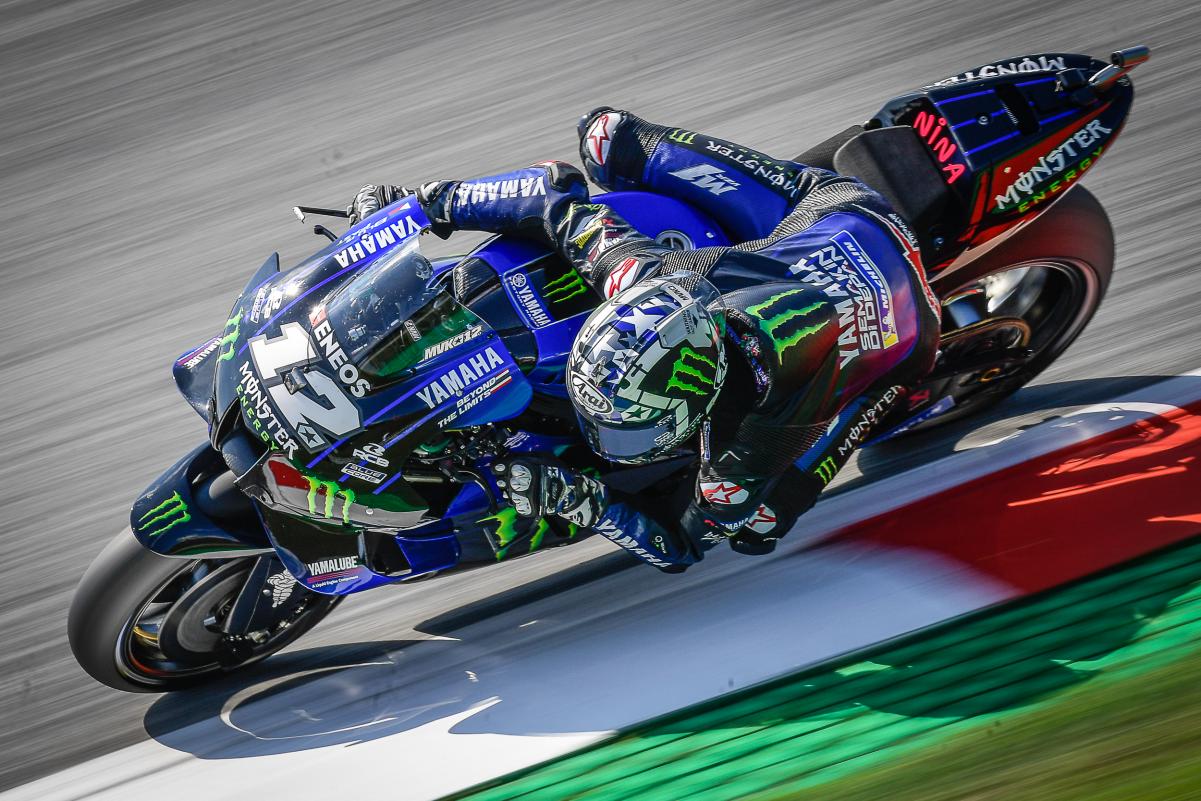 Viñales had already been granted an early release from his contract, meaning a departure at the end of 2021, before being suspended ahead of last weekend’s Austrian Grand Prix.

Yamaha came to suspect that the Spaniard had deliberately tried to damage the engine in his M1 during the Styrian Grand Prix a week prior to that, and fielded only Fabio Quartararo for the second round at the Red Bull Ring.

In that bombshell announcement, it stated that it needed “more detailed analysis of the situation and further discussions” with Viñales before making a decision on his longer term future at Monster Energy Yamaha.

According to the Iwata manufacturer, both parties have now arrived at a “mutual decision” to “separate with immediate effect”.

There is no word yet on who will replace the Spaniard for the rest of the season, but the latest announcement does leave open the possibility that, having already signed for Aprilia for 2022, he might be allowed to get a headstart with his new team.

“Yamaha and Maverick Viñales have mutually decided to advance their separation and end their previous 2021 agreement with immediate effect,” reads Yamaha’s statement advising of the split.

“After the Dutch GP (28 June 2021) it was announced that Yamaha and Maverick Viñales would bring their two-year contract for 2021-2022 to an early closure at the end of the current MotoGP season.

“Following recent events at the Styrian GP and after deep consideration by both parties, the mutual decision was reached to separate with immediate effect.”

His comment that “The early separation will release the rider to be free to follow his chosen future direction” would suggest the 26-year-old is free to ride for Aprilia this year should those parties make that choice.

“In Assen, Yamaha and Viñales already announced the mutual decision to cut short their original 2021-2022 programme and to finish it at the end of 2021,” noted Jarvis.

“A commitment was made by both rider and team to continue to the end of the current season, with the team guaranteeing its full support and the rider giving his maximum efforts so that we could finish the project ’in style‘.

“Regretfully at the Styrian GP the race did not go well or end well and consequently after deep consideration by both parties, the mutual decision was reached that it would be better for both parties if we end the partnership earlier.

“The early separation will release the rider to be free to follow his chosen future direction and will also permit the team to focus its efforts on the remaining races of the 2021 season with a replacement rider – yet to be determined.

“I would like to express Yamaha‘s sincere gratitude to Maverick. Yamaha will continue to cherish the good memories and appreciate the work both parties put into the 4.5 years spent together that brought us eight race victories, 24 podiums, and two third places in the 2017 and 2019 overall rider standings.

“We wish Maverick all the very best in his future endeavours.”

Viñales attended the Austrian Grand Prix and apologised to Yamaha on Italian television, and then via MotoGP’s own media unit, on the Saturday of that event.

“Following our mutual decision in Assen to part ways a year early, it was also decided to commit to completing the current season with maximum effort from both sides,” said Viñales.

“However, at the Styrian GP the race didn‘t turn out as we had hoped, and regrettably it did not end well.

“After thorough consideration both parties have agreed it would be best to end the partnership with immediate effect.

“I am deeply grateful to Yamaha for the great opportunity. I am also thankful for the support they gave me during these 4.5 years of racing and will look back with pride on the results we achieved together.

“I will always have great respect for Yamaha and wish them the very best.”

The Briton has contested the last two rounds at SRT as an injury replacement for Franco Morbidelli, leaving Yamaha’s satellite team looking for another stand-in for two more races, based on the Italian’s recovery timeline.

Jake Dixon is tipped to be bumped up from SRT’s Moto2 squad to ride the A-Spec YZR-M1 at Silverstone, which hosts the British Grand Prix on August 27-29.