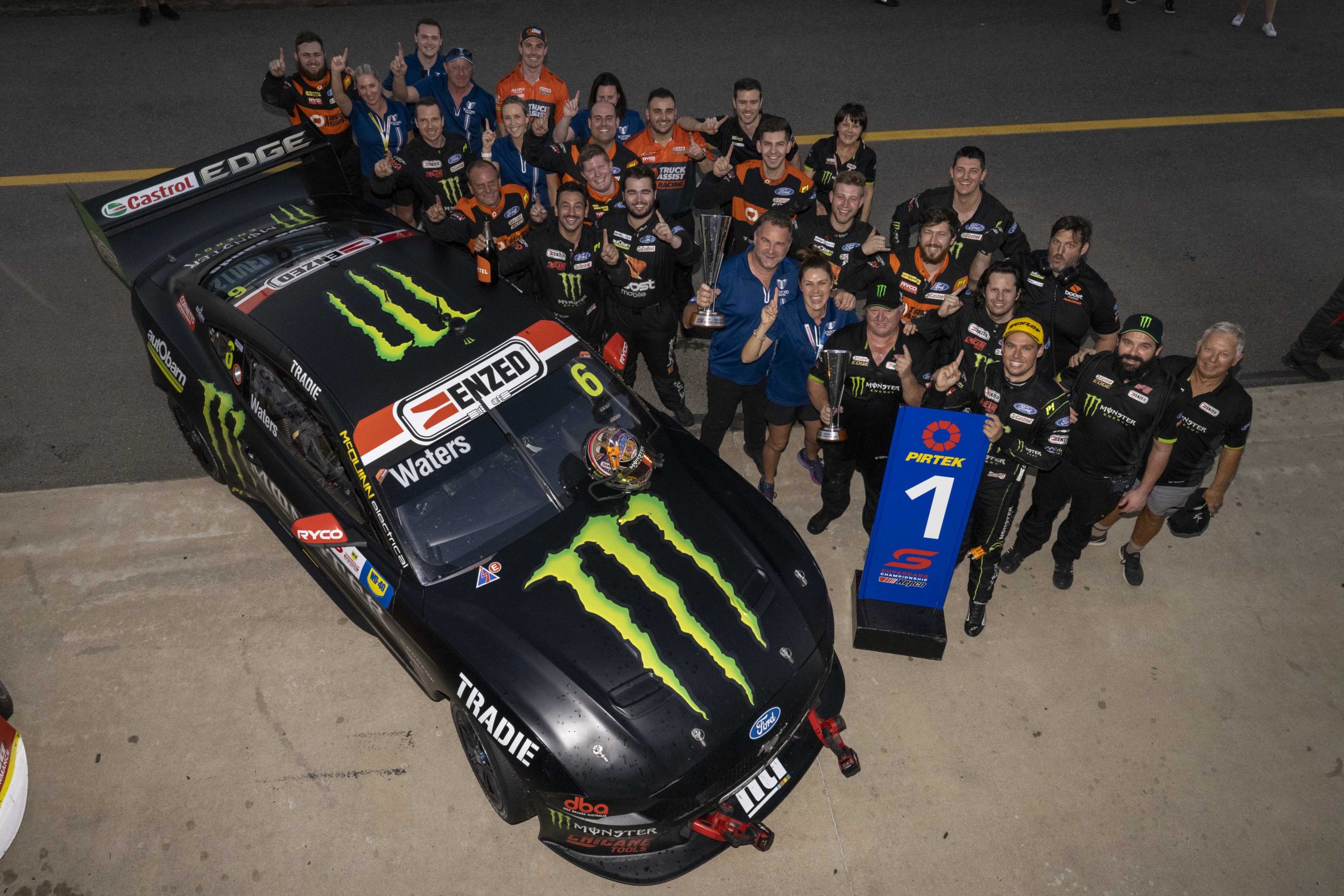 It’s long been known that Edwards has an option on Waters’ contract to keep him onboard for another season in the Repco Supercars Championship.

While an announcement on Jamie Whincup’s replacement at Triple Eight Race Engineering is expected by the end of the month, it’s not believed Waters will move to the Banyo base.

Speaking with Speedcafe.com, Edwards said his team will soon have its own news to share.

“We’ll make a comment in due course,” said Edwards.

“You’re not going to have long to wait.

“I’ll put you out of your misery sooner rather than later.”

As it stands, only one driver in the Tickford Racing line-up has been confirmed – that being Thomas Randle after the team acquired an additional Racing Entitlements Contract.

Alongside Waters, no official word has been given on incumbents James Courtney and Jack Le Brocq, the latter whom Edwards also has a contract option on.

Courtney comes with Boost Mobile backing and has said he has no plans to retire soon while Le Brocq is currently backed by Truck Assist under the NTI umbrella.

Le Brocq is believed to be under considerable pressure to retain his drive after entering the mid-season break just 18th in the points.

“We’re working through all of that at the moment,” Edwards said when asked of the status of Courtney and Le Brocq.

“We’re just working through all of our plans for next year at the moment.

“Obviously, the drivers are part of those plans.”

In the midst of a coronavirus-induced break, the team principal has focused his efforts on the commercial considerations for 2022.

The extended break and absence from the tracks is a challenge to get the season away and make connections with prospective sponsors.

“To be honest, it’s never easy, but it’s certainly not assisting the situation,” Edwards explained.

“We’ve got some current sponsors that we’re delivering value to them and at some point you’ve got to look past what’s happening today and I think everyone has got to take a somewhat optimistic view that there is going to be some light at the end of the tunnel.

“You’ve still got to market your business, potentially even more, at the end of this.

“I think it’s unfortunate, this most recent downturn, because the reality is three or four months ago we thought there would be some little hiccups along the way, but I don’t think anyone foresaw this big hiccup we’re dealing with at the moment.

“Anyway, if there’s one positive it’s that we’ve certainly ramped up our vaccination numbers. We might have been slow starters but we’re smashing them out now. I think that’s the light at the end of the tunnel.

“It’s making it a little tricky, particularly with potential new partners because if you haven’t got a pre-existing relationship and you’re just trying to effectively give them an understanding of our sport, typically, you would invite them along to a race event for them to touch and feel and understand what we do if they’ve not been involved in the sport.

“None of that is an option at the moment. Plus you’re trying to have these conversations by video. That’s good to a point, but it’s not the same as actually having a face-to-face meeting. It’s tricky, but it’s what we’re dealing with so there’s nothing we can do about it.”

The 2021 season is set to resume at Winton Motor Raceway on October 2-3.