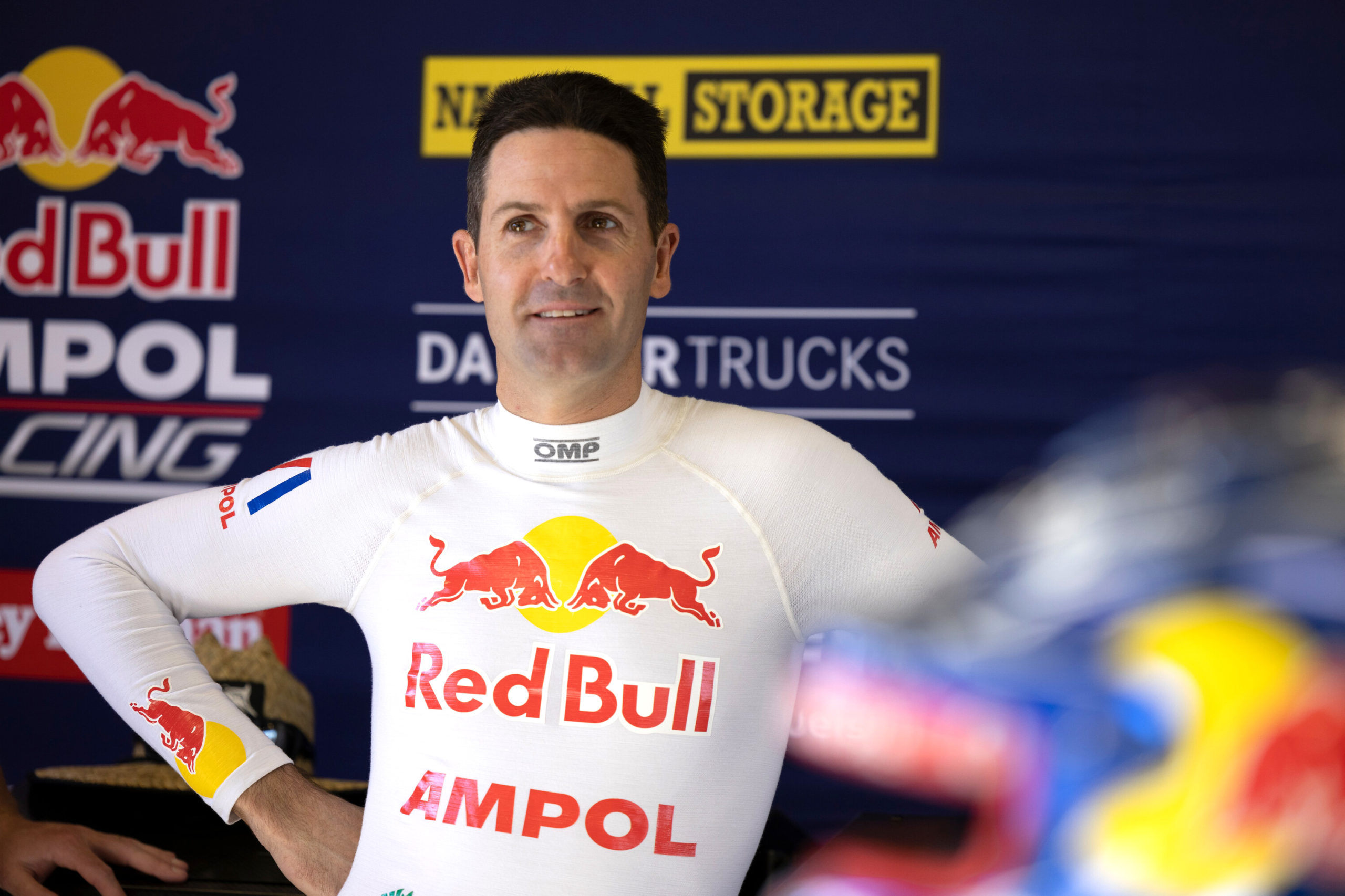 Jamie Whincup will retire at the end of 2021. Picture: Mark Horsburgh

The wait to find out who will replace Jamie Whincup at Red Bull Ampol Racing should be known by the end of the month.

Who will partner Shane van Gisbergen has been the subject of intense speculation ever since Whincup announced he will retire from full-time driving at the end of 2021.

As part of an all-in team principal interview on the official Supercars website, the seven-time Repco Supercars Championship winner confirmed it won’t be long until a replacement is announced.

“We’re not far away,” said Whincup.

“We’ll let everyone know who my replacement is before the end of the month.

“So watch this space.”

Several names have been linked to the second seat at Triple Eight Race Engineering.

Plenty of interest has been given to Broc Feeney, who has been racing out of the Triple Eight stable in the Super2 Series that he currently leads.

Other names rumoured to be in the mix, but have since been knocked back, include Earl Bamber, and Brodie Kostecki.

Once Whincup retires, he’ll transition into the role of team principal at Triple Eight while incumbent boss Roland Dane steps back to an advisory role.

Van Gisbergen is contracted to the team until the end of 2023.