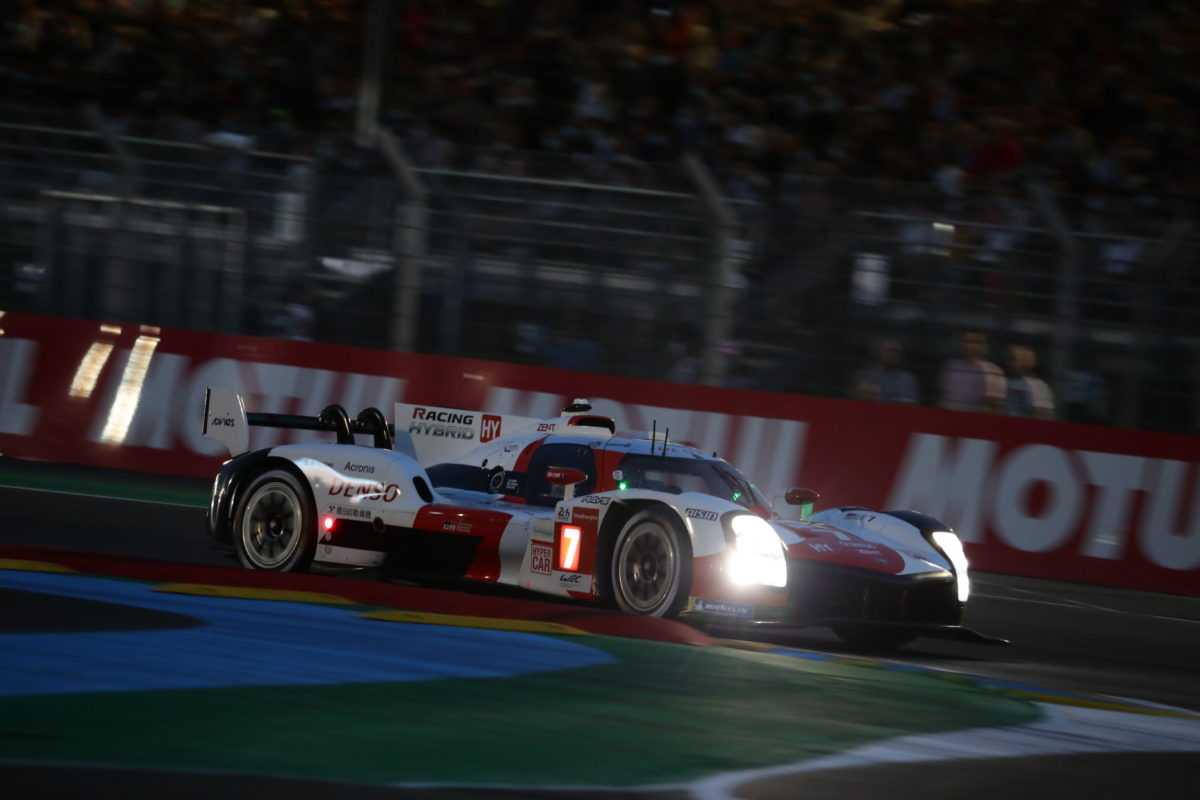 The #7 Toyota of Kamui Kobayashi en route to Hyperpole

Toyota has claimed the front row for this weekend’s 24 Hours of Le Mans after dominating Hyperpole overnight.

The two GR010 Hypercar entries were well over a second clear of the field, the #7 entry, driven by Kamui Kobayashi, maintaining its position at the head of the pack.

Sebastien Buemi, Kazuki Nakajima, and Brendon Hartley in the #8 entry will line up alongside it on the front row.

It’s an improvement of one place for the Japanese entry, deposing the Glickenhaus entry of Andre Negrao, Nicolas Lapierre and Matthieu Vaxiviere.

James Allen will line up eighth overall and third in class aboard the LMP2 class Oreca he’s sharing with Julien Canal and Will Stevens, the latter having taken part in Hyperpole for the Panis Racing squad.

The 30-minute session wasn’t without interruption, Kevin Estre spraying his Porsche at Indianapolis to draw the red flag.

Throughout the session, the Toyotas enjoyed a clear advantage over the rest of the Hypercar field, though LMP2 was far more hotly contested.

Only a tenth further back was Stevens in the #65 Panis entry, then recently crowned Formula E world champion Nyck de Vries.

Porsche was also fastest in LMGTE Am, Julien Andlauer delivering a 3:47.987s lap to leave him more than 0.6s clear of the opposition.

The conclusion of Hyperpole confirms the grid for the race proper, which gets underway on Saturday.

Warmup now remains the last opportunity for teams to get on track, albeit for just 15 minutes, before the race gets underway at 16:00 local time (midnight AEST) on Saturday.