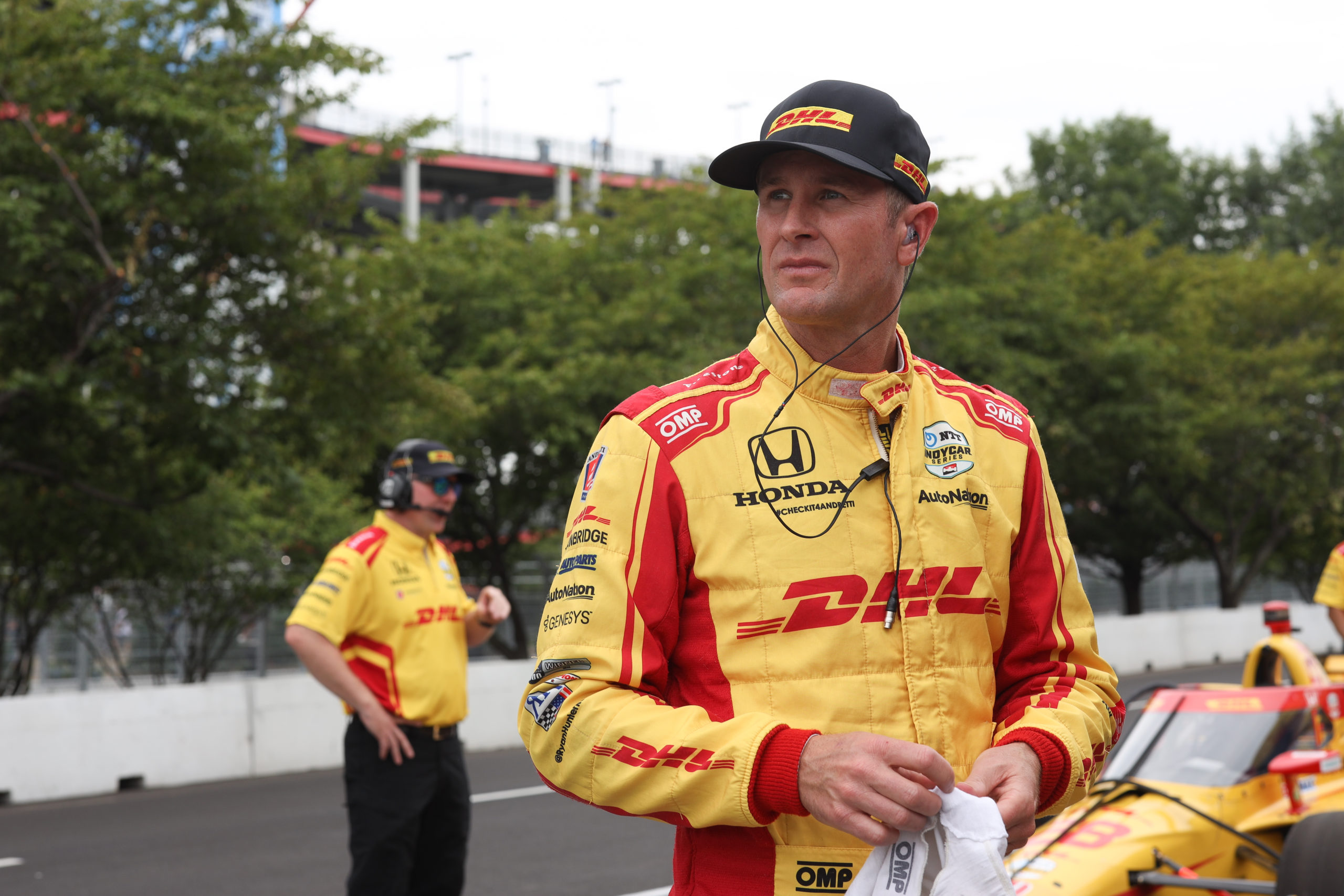 IndyCar Series veteran Ryan Hunter-Reay has detailed the toil he’s had to endure in the twilight of his career.

Speaking with RACER, the 2014 Indianapolis 500 winner revealed he was on the brink of retiring at the close of this season.

However, amidst what he’s described as a “dreadful” year, the 40-year-old is keen to continue competing in the series.

That’s unlikely to happen with Andretti Autosport though, having not given the team an option to extend his contract; the team also seemingly ready to let him go.

Hunter-Reay has just one top five finish to his credit this year which came at a chaotic and crash-riddled Music City Grand Prix in Nashville.

His best championship finish since winning the title in 2012 was his 2018 campaign in which he claimed fourth overall.

He’s not tasted victory since that 2018 season where he won the final race of the year at Sonoma Raceway.

While the Texan has a sizable 18 wins and 47 podiums, it remains unclear what options might be forthcoming for 2022 but he admits a change of scenery may be necessary.

“I’ve been with Andretti Autosport 12 years, and we have accomplished a lot together,” said Hunter-Reay.

“However, last year was the first time I did not give the team an option to extend my driver’s agreement.

“When I signed my driver’s agreement last year, my thought was 2021 was going to be my last with Andretti and DHL, and probably my last full-time competition in IndyCar.

“However, what I didn’t anticipate is having such a dreadful year, and going out like that doesn’t sit well with me at all.

“I should have addressed matters earlier this year, but the silly season arrived early and I’ve had some great dialogue with different teams about 2022.

“The fact is, for whatever reason, it has not been working at Andretti for me.

“Neither Alex (Rossi) nor I have won a race in over two years. I am at 42 races without a win, and Alex is at 32 races, so it is past time for changes.”

Earlier this month, Hunter-Reay said he’ll be in the IndyCar Series again “for sure at some point” but conceded he does not know where yet.

“It’s a healthy driver’s market and there are more competitive teams than ever, so it is a great time for me to have a total change in dynamics and scenery,” said Hunter-Reay.

“And I know I can substantially contribute to a team, still win races and that I have a lot of desire and fight in me. I’m looking for a reset, a fresh start.”

IndyCar continues this weekend at Gateway Motorsports Park for the Bommarito Automotive Group 500.