How being beaten by a team-mate helped Binder

How being beaten by a team-mate helped Binder 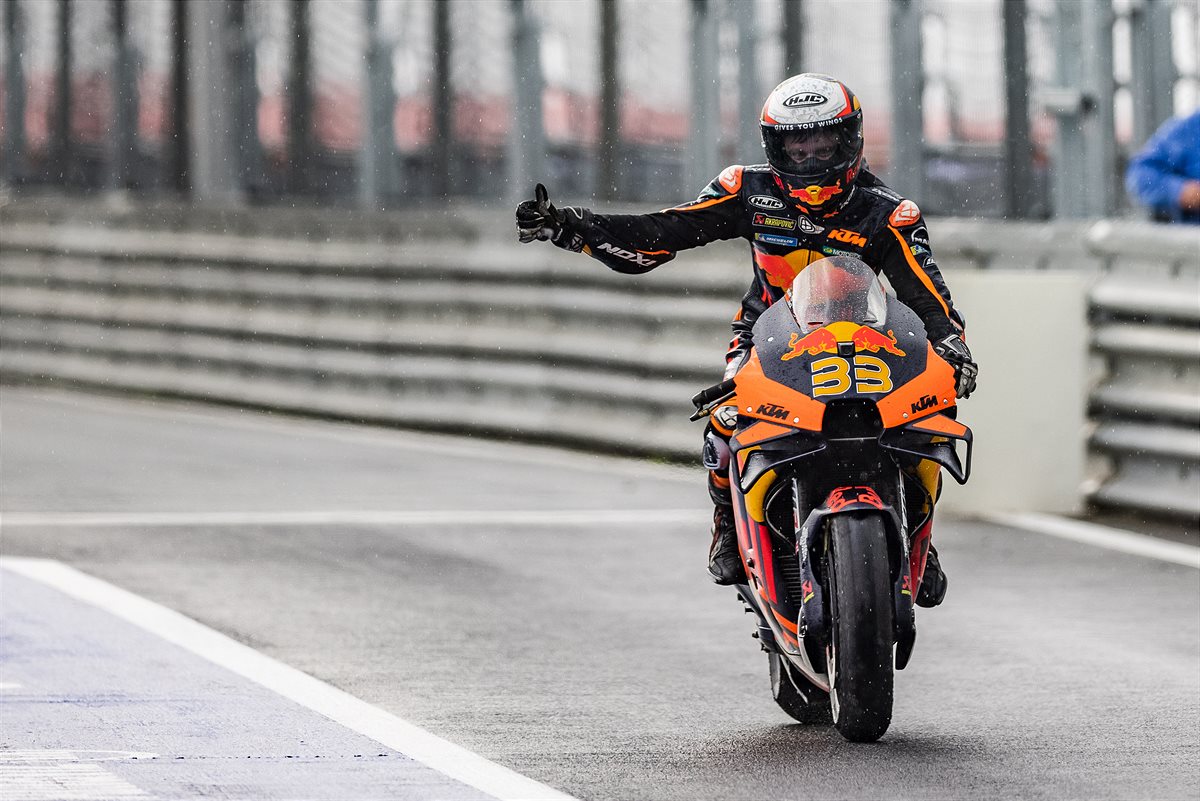 KTM struggled in the early rounds of 2021 before a new chassis and new fuel coincided with a turnaround in form at Mugello, where Oliveira got their first podium in Round 6 of the season.

A week later, he delivered the Austrian marque’s first win of the campaign, at Catalunya, and the Portuguese rider finished second in Round 8 at the Sachsenring.

Binder recorded finishes of fifth, eighth, and fourth through that period, and was 12th, from 21st on the grid, compared to Oliveira’s fifth in the Dutch TT just before the summer break.

At the Red Bull Ring, however, the South African charged from 16th to fourth in the Michelin Grand Prix of Styria, and had climbed from a starting berth of 10th to be running sixth before the slick tyre gamble which won him the Austrian Grand Prix.

Binder said that Oliveira’s results led him to focus on himself, having seen the potential of his KTM package.

“The really positive thing about the last few races for me was that I could see the bike is capable and the only thing I needed to work on was myself,” he explained.

“It makes things a lot more simple when you can see someone else is doing it and you just need to work harder and make sure that you can do it too.

“So, it’s always great to have a team-mate that’s super-fast, and it keeps you on your toes and at the same time teaches you, so I think in the end it makes me a better rider.”

When the rain which had been threatening all afternoon finally set in at the Red Bull Ring, the top five pitted with three laps to go. Binder celebrates on the podium

Binder, on the other hand, persevered, barely keeping his RC16 upright before being handed an ultimately inconsequential three-second penalty post-race for slipping beyond track limits.

The 26-year-old has previously admitted to finding wet weather difficult, and said he did not learn a lot in those final laps.

Nevertheless, he learnt more about riding in the rain over the course of the two events at the Red Bull Ring, where conditions continued to change during both.

Asked if the Austria race represented an end of his battles in the wet, he said, “No, because this wasn’t racing, this was surviving, it was just trying to finish the race.

“It wasn’t trying to go fast, but to be honest, I’ve made a good improvement in the wet this week.

“Riding here, I had a little bit of time and I understand how to ride with the Michelins in the MotoGP much better in the wet conditions now – well, as far as full wet goes – and I’m happy with that.

“[In the race], with it working out, it was pretty scary but super-happy with the outcome.”

With Oliveira suffering a micro-fracture in his right wrist due to a practice crash at the Styrian round, then failing to finish either race at the Red Bull Ring due to a tyre issue in the first and a crash in the second, Binder is now the top KTM rider in the championship.

He sits sixth on 98 points, two positions and 13 points up on Oliveira, ahead of the British Grand Prix at Silverstone on August 27-29.