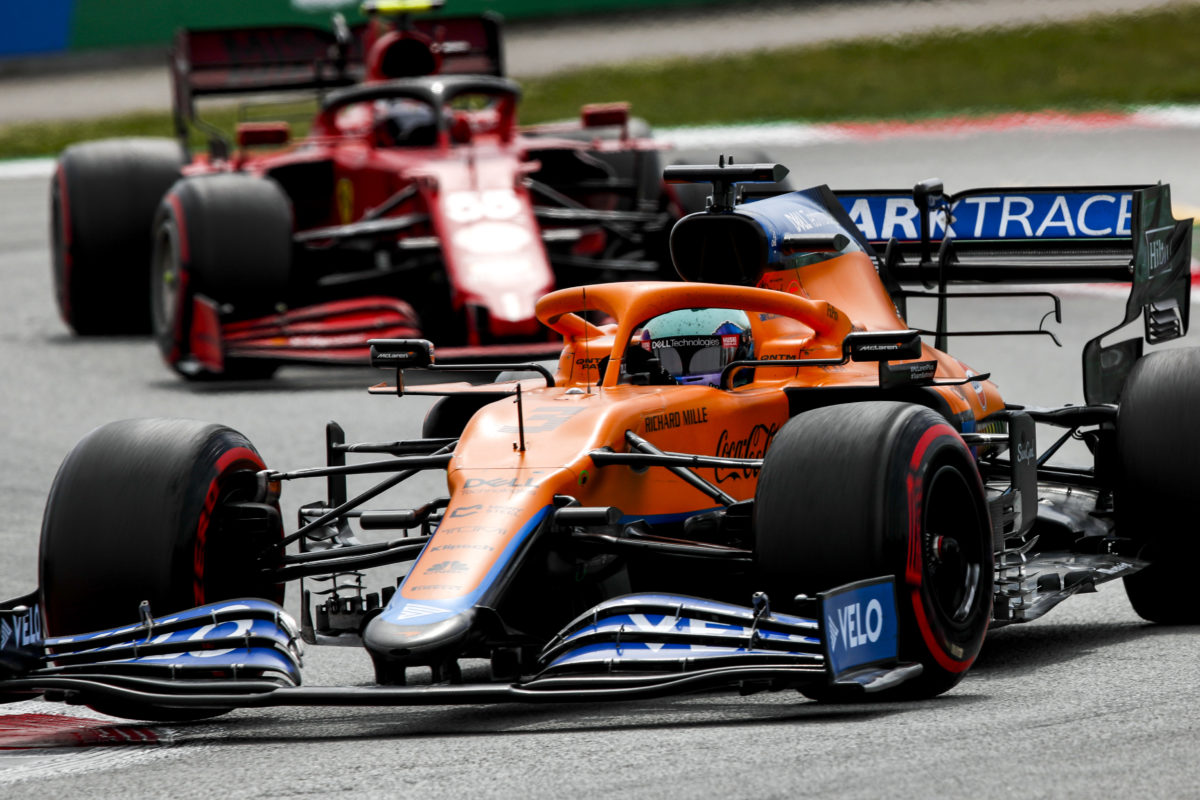 Ferrari is not ‘obsessed’ with finishing third in the 2021 Formula 1 constructors’ championship, according to Carlos Sainz.

The Scuderia currently occupies third in the standings on countback over McLaren, with which it is tied on points.

It’s a strong return to form for the Italian team which last year slumped to its worst championship result in four decades.

Indeed, such has been the turnaround that in the 11 races held so far in 2021, Sainz and team-mate Charles Leclerc have already amassed more points than the squad managed in 17 races last season.

Ferrari’s return to form was underscored by two consecutive pole positions for Leclerc, at Monaco and Azerbaijan, before the Monegasque came within two laps of victory at the British Grand Prix.

McLaren has not risen to quite the same heights, though has enjoyed points finishes at every event bar the Hungarian Grand Prix where both Lando Norris and Daniel Ricciardo were embroiled in the first corner pile up.

“That battle is still on, and it’s always going to be on until the end of the season,” Sainz set of the scrap between his current and former teams in the constructors’ championship.

“We are very close in performance.

“But as a team we have higher priorities than beating McLaren to third in the constructors,” he added.

“I think we want to keep improving us as a team.”

Ferrari is set to introduce something of a spec upgrade to its power unit during the second half of the championship.

The Maranello operation updated some, but not all, aspects of its PU prior to the season, with the balance of the upgrades set to be introduced in time for the run home.

According to team boss Mattia Binotto, that will bring with it a “significant step for the end of the season”.

Sainz however suggests that this year’s championship is not the focus as it looks instead to ready itself for F1’s new era next season.

“We want to keep building this this team to try and be as professional and as good, as complete, as we can,” the Spaniard said.

“You know, if the opportunity becomes next year to go and win the title, we are ready for it.

“So first comes the improvements as a team, and then really the other ones should fall as a consequence.

“We are not really obsessed with the fight [with McLaren] and we are focused fully on trying to improve, on trying to be the best team that we can leave before the end of the season.”

The 2021 season resumes next weekend with the Belgian Grand Prix.