Ducati’s and KTM’s MotoGP technical managers expect that a new chicane at the Red Bull Ring will have little impact on their performance when it is introduced next year.

A chicane will be built in place of the Turn 2 kink on the long, uphill drag at the Spielberg circuit, which has been a happy hunting ground for Ducati.

The Bologna marque has won six of the eight MotoGP races held at the venue since it returned to the calendar in 2016, when Andrea Iannone ended its nearly six-year victory drought.

The other two grands prix in that time have gone the way of KTM and while the latter of those was Brad Binder’s quite fortuitous victory last weekend, its RC16, like Ducati’s Desmosedici, is no slouch in a straight line.

The Red Bull Ring’s new-for-2022 layout was revealed between this year’s two MotoGP events there, and comes after several major incidents.

In 2020, the premier class race was red flag after Johann Zarco and Franco Morbidelli clashed at Turn 2, with their bikes careering up the hill and nearly taking out either or both of Valentino Rossi and Maverick Viñales.

While there is thus an obvious rider safety benefit, breaking up the longest wide-open section of the track could bring the more powerful bikes back to the field.

However, when asked about that by Speedcafe.com, neither KTM head of chassis development Wolfgang Felber nor Ducati Corse technical director Davide Barana were too fussed by the change.

“I think it’s good to have this chicane,” said Felber. 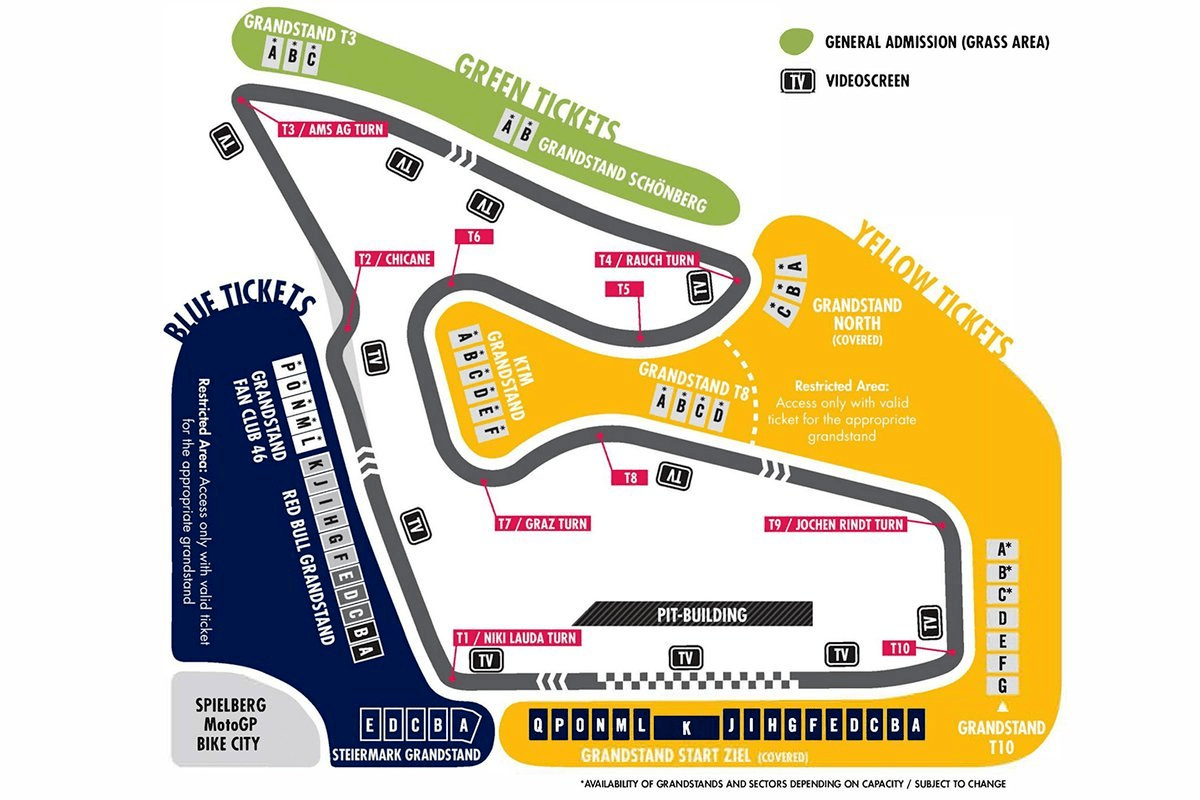 “This section is very tricky and it puts a lot of load also onto the bikes because it’s, I think, the only corner worldwide which is more than 300km/h in lean and in the compression on that spot of the track, it makes it almost impossible to steer the bike.

“So, if the speed is reduced there and there is a chicane, I think for the security of the riders on the track, it will be beneficial.

“For the performance of the bike, if it fits better to a Ducati or a KTM or Honda, I have no answer so far; I don’t think that it will change anything dramatically in the balance of performance between the manufacturers.”

Barana had a similar view, and alluded to what seems to be a convergence in various aspects of performance of the six bikes on the grid, even if they retain their own idiosyncrasies.

“I agree with Wolfgang,” he said.

“Anyway, also here, sure, is a good track for Ducati, but I think it’s not so easy as it was three or four years ago.

“I think we could perform well also introducing changing the track because of safety is the first thing we have to think about.”

The 2021 MotoGP season continues with the British Grand Prix at Silverstone on August 27-29.