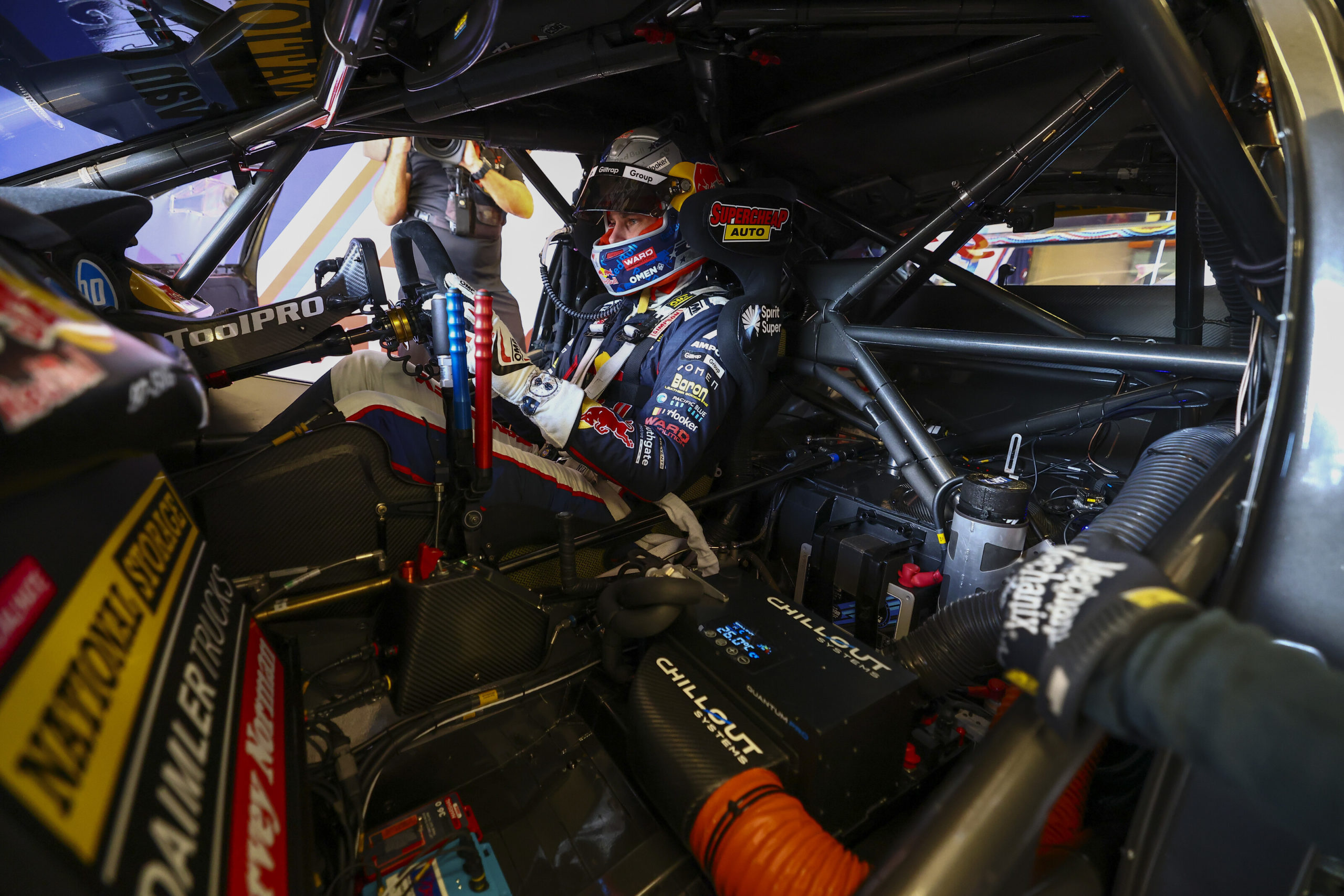 Cool suit failures could be confined to the past if an innovative system is standardised by Supercars when Gen3 is introduced.

Unlike dry ice boxes, which use expensive frozen carbon dioxide, the ice-less ChillOut Systems cooler works like a fridge or air conditioner.

The team has adopted the cooling system in both its Repco Supercars Championship and Dunlop Super2 Series entries.

In recent years Triple Eight Race Engineering tested several prototypes and have ended up with an off-the-shelf system distributed by Revolution Racegear.

By and large, the system is foolproof, and unlike the dry ice set-up can be turned on and off with the flick of a switch.

More importantly, the system doesn’t freeze, unlike dry ice boxes which can freeze over and result in cool suit failures.

“It’s a pretty harsh environment for a system like that to work. The system is based on a refrigeration principle, which is the most efficient way to do things.

“It’s very critical to the air flow you duct in from the outside conditions. You can’t just let it sit in isolation in the car if you don’t duct fresh air into it, it simply wouldn’t have the capacity to keep the driver cool. That’s something that’s different from the dry ice box.

“The dry ice box, all the energy for that is produced outside by the manufacturers of the dry ice. Whereas this system uses the car’s power from the alternator. The outside environment is super important in a refrigeration cycle for the whole system to work.

“You can’t be in a situation where you didn’t quite plug it in correctly or the driver didn’t turn it on, or something like that so it freezes up, the driver cooks.

“That doesn’t happen with this system. In Darwin, for example, it wasn’t turned on at the very start of the race, and then it was turned on a few laps in and it worked fine.

“If something like that had happened with the old system, then you’re not going so well in the race when you cook the driver.” 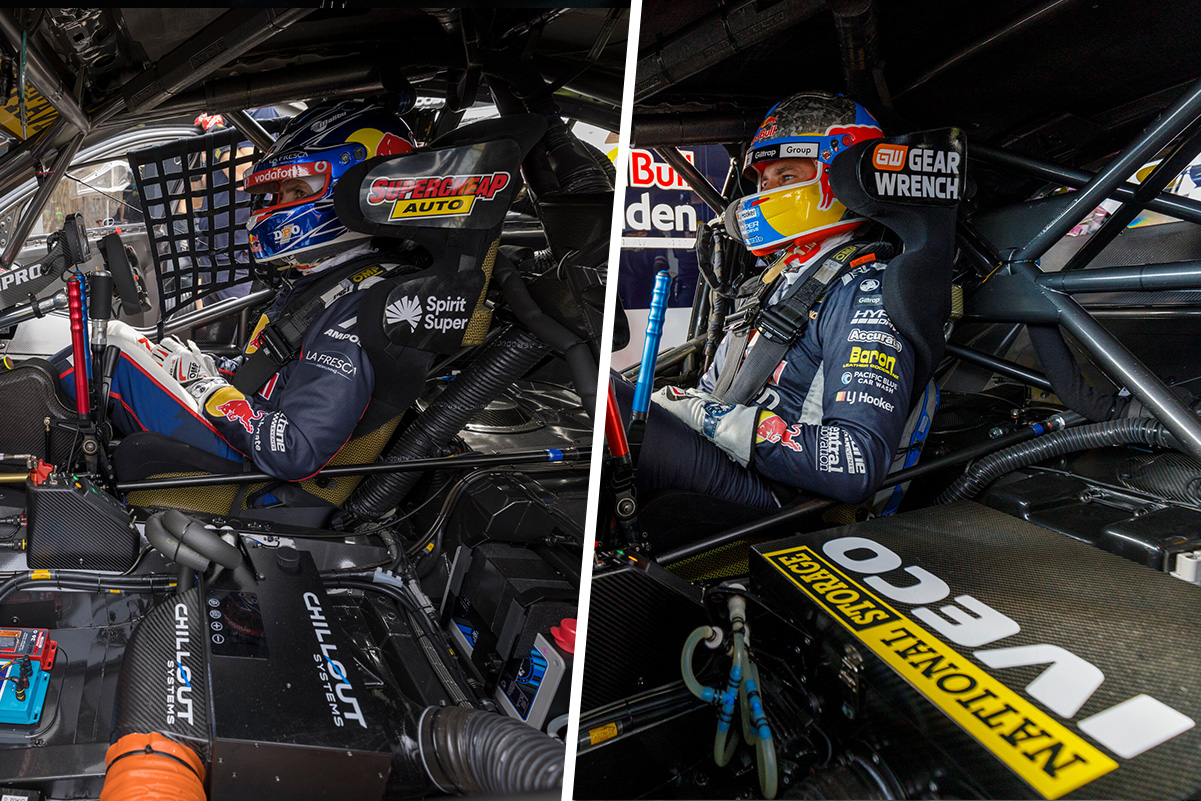 The system is the unlikely source of a performance advantage for the team too.

The more commonly used dry ice systems see frozen carbon dioxide melt over the course of the race, resulting in a ballast shift.

While the weight shift may seem small, Dutton said it’s one less weight variable beyond the fuel that no longer needs to be taken into consideration.

“The really good thing with it is that you can’t freeze it,” he explained.

“That’s first and foremost the first one. The next one is that the weight is consistent. You can ballast your car, whereas the dry ice system; it typically, for a full fuel, is about eight kilograms of ice.

“You imagine that is great when all burns away, but you’ve had to ballast your car for an empty, so your car is eight kilograms overweight at the start of the race.

“We do weight analysis sensitivities for every track before you go there,” he added.

“An eight kilogram difference, that’s measurable, you can measure that. It’s not a few hundredths of a second, it’s more than that at a few circuits.

“It definitely isn’t a small deal. That’s lap in, lap out.” 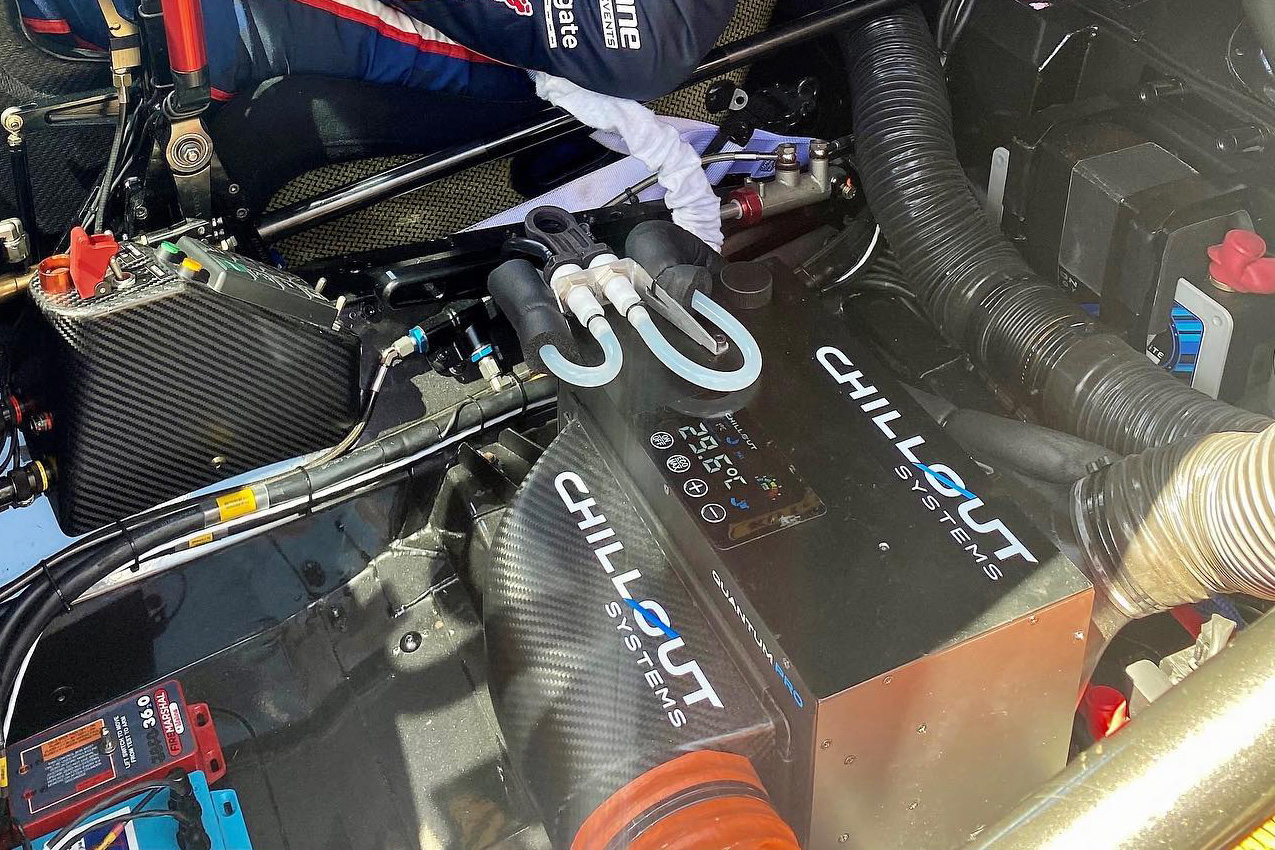 A close-up look at the ChillOut Systems cooler

The system does have one drawback in that it doesn’t cool air, so as it stands, drivers only receive filtered air. However, plans are afoot for a secondary system that cools air to the helmet.

Dutton said other teams have taken notice of the system and have enquired about its use, though it could become a standard component once Gen3 rolls out.

Part of that move is to reduce ongoing costs of dry ice usage.

“We are already in talks with Supercars with the intention that it could well be standard fitment for those cars. It’s just a smart unit,” he explained.

“Running costs, that’s a really big one as well, because dry ice is not cheap. To run a couple of cars on dry ice for a whole season, you’re talking $20,000.

“The running cost [of the ChillOut system] is effectively nil because the power is produced from the car to do the cooling.”