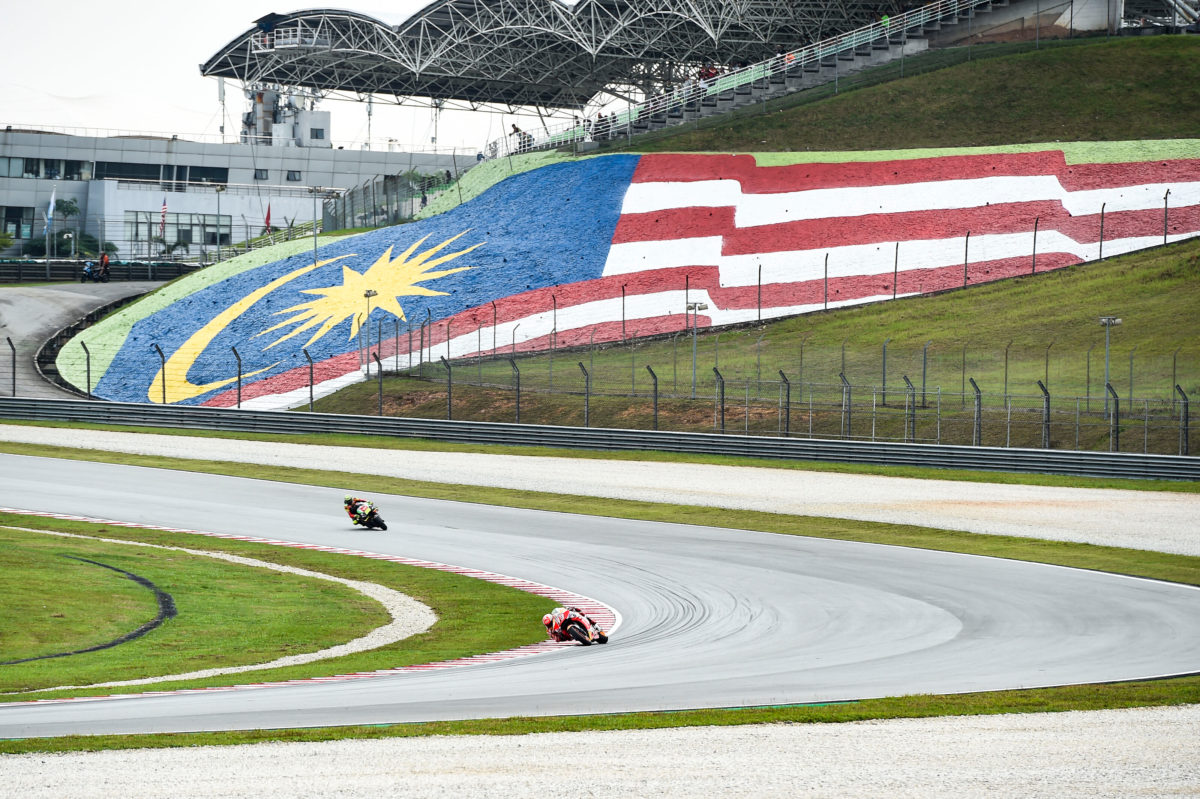 MotoGP has cancelled the Malaysian Grand Prix, with another round at Misano to take its place.

The championship was set to race at Sepang on October 22-24 until the latest calendar update, which strikes out the last remaining Asia-Pacific flyaway.

An as yet unnamed grand prix will instead be held at the Misano World Circuit Marco Simoncelli on that weekend.

“The FIM, IRTA and Dorna Sports regret to announce the cancellation of the Malaysia Motorcycle Grand Prix, which was set to take place at Sepang International Circuit from the 22nd to the 24th of October,” read a statement from Dorna Sports.

“The ongoing COVID-19 pandemic and the resulting entry restrictions for Malaysia oblige the cancellation of the event.

“The FIM MotoGP World Championship looks forward to returning to Sepang in 2022 to race in front of our dedicated Malaysian fans.

“The FIM, IRTA and Dorna Sports are pleased to confirm that MotoGP will return to Misano World Circuit Marco Simoncelli from the 22nd to the 24th of October, the weekend previously scheduled for the Malaysian GP, for a second Grand Prix at the classic Italian track. The name of this event will be announced in due course.

The change means that, as it stands, Misano will host Round 14, the San Marino Grand Prix on September 17-19, and Round 16, although the Grand Prix of the Americas which falls between is also a dubious proposition.

Before then, the season continues with Round 12, the British Grand Prix, at Silverstone on August 27-29.