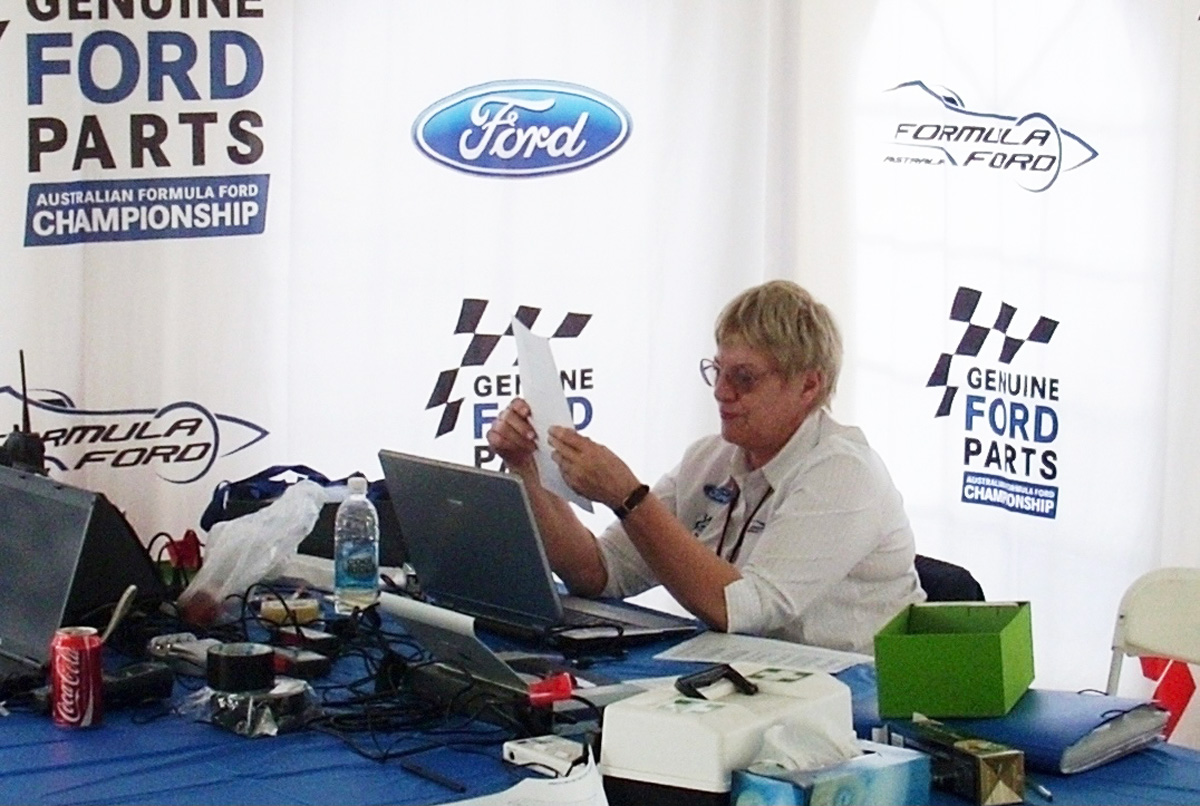 One of Australia’s greatest racing exports, ex-Formula 1 star and FIA endurance champion Mark Webber, has led a chorus of national and international tributes for long-time Formula Ford Australia Administrator Margaret Hardy, who lost her battle with breast cancer this morning.

One of Australia’s hardest-working and most respected motorsport administrators, Hardy was one of the driving forces behind Formula Ford in Australia before her official “retirement” from the sport in 2013.

Webber, his father Alan and his wife Ann Neal all had long-term friendships with Hardy.

Neal actually worked for Hardy as Formula Ford Media Manager in Australia in the early ’90s and became Webber’s manager during that time.

Webber was shocked by the news when contacted at Le Mans this afternoon.

“Personally, I can speak on behalf of my father and myself, when I say that Margaret made the administration and running of the championship, when we competed in Australia, incredibly smooth. And she did everything with a great passion.

“Simply, she was a special lady that got things done.”

Webber was just one of many stars of the sport who looked back on their Formula Ford experience and their relationship with Hardy with great fondness.

“It was sad to hear of the passing of Margaret, she gave 100 percent to the Formula Ford category, worked tirelessly and was always helpful, supportive and up for a chat,” said De Pasquale.

“She always made everyone feel welcome, not only drivers and teams but family and friends as well.

“She will be sadly missed and my thoughts are with David and family and friends.”

“So sad to hear the passing of Margaret Hardy,” said Lowndes.

“I have fond memories of Margaret who was a very big help in my early racing years through Formula Ford.

“She was a big advocate for juniors finding their way in motorsport and I will always be grateful for her support.

“My condolences go to her family.”

“We were all young kids and she had an incredible amount of time for all of us.

“I was based in Perth and she did everything she could to make life easier for us.

“She would go that extra yard when she didn’t have to.

“When we came back running our own Formula Ford team, nothing had changed and she simply assisted as much as she possibly could.

“Margaret contributed so much and her loss is a big one.”

“Motorsport can only grow if it has solid foundations built by people like Margaret Hardy,” said Murray.

“I worked with her in the late ’80s and through the golden era of Formula Ford in the 1990s and her professionalism and passion never altered.

“She was the epitome of an unsung hero and loved nothing more than seeing graduates from the category win races and championships at national and international level.

“Her record keeping was amazing and if you ever wanted to know anything you just called ‘Marg’.

“Sadly she had to watch the demise of the category she had worked so tirelessly to build in this country before it had its National Championship status controversially removed by Motorsport Australia.

“Her husband David, said that the thing she missed the most was the interaction with all the Formula Ford and motorsport people in general. The truth is that many of them also missed her and what she brought to the game.”

“Like many of us, I did some of my earliest racing in Formula Ford in Australia,” said Habul.

“I did not have much idea on what I was doing, but Margaret was a great help.

“I am sure there were times that I was not the easiest person to deal with, but she told it how it was and ran a very tight ship and the sport benefited as a result.

“It was nice to actually have some contact with her again last year. I just reached out to let her know what her help meant to me all those years ago.”

“It is very sad news,”said Ritter.

“She contributed a huge amount to the category in this country and so many drivers have a lot to thank her for.

“I don’t think people will ever understand the work she did behind the scenes.

“She was highly respected and valued and will be missed by everyone that worked with her or knew her.

“We may not have always seen eye to eye, but you knew that she was doing what she thought was the right thing for Formula Ford.

“Sonic Motor Racing Services passes on its condolences to her husband David and the entire Hardy family.”

“What an amazing lady and what an incredible contribution she made, not only to Formula Ford, but to our sport,” said Richards.

“Her personal commitment was incredible. She cared about the sport and the people in it.

“She genuinely enjoyed watching drivers succeed in the category and go on to achieve great things at higher levels of the sport.”