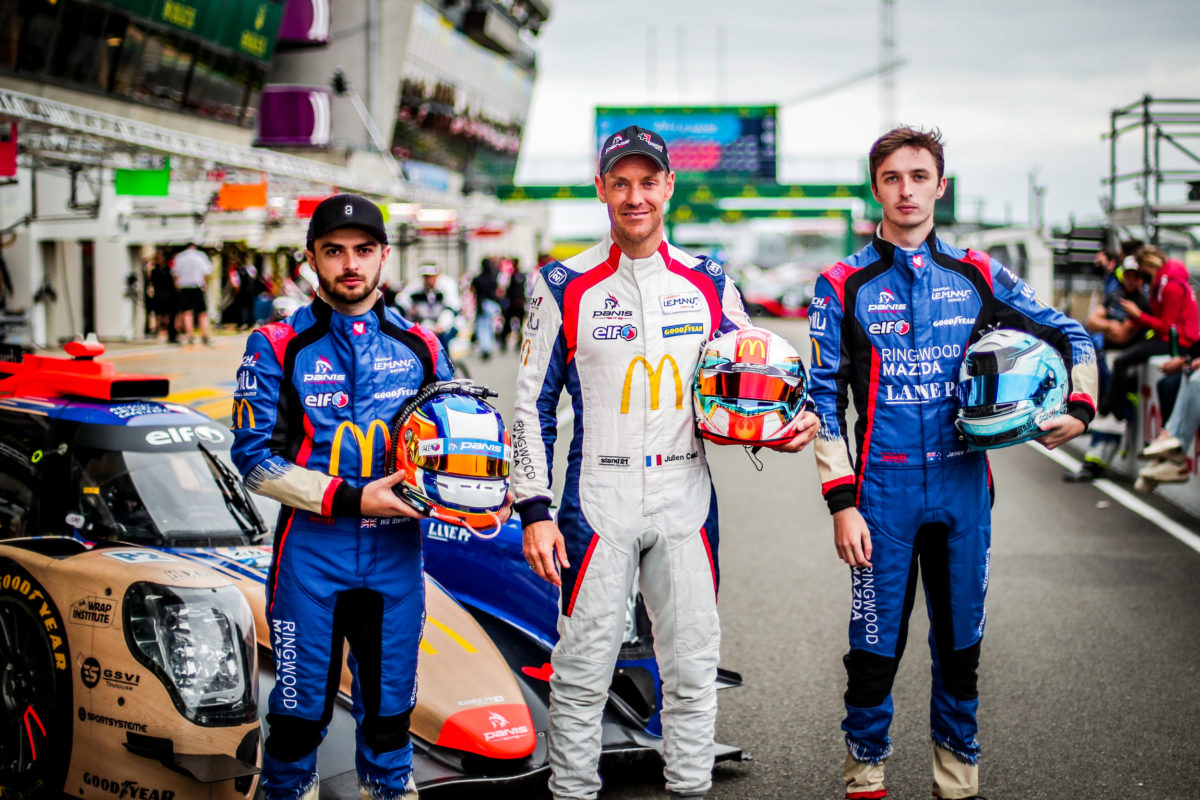 There’s always nerves ahead of Le Mans. This year there’s been the added worry of COVID tests, and the possibility of false positives. Going into the week, a few people tested positive, but thankfully we tested negative and are set to go this weekend.

Since I’ve been racing in the European Le Mans Series, Le Mans is the first time I’ve been on track with the Hypercars. They’re not the same as the LMP1s, but they are still playing a few games. During practice it looked as though we might be a little closer to the Hypercars at the very pointy end, but in qualifying Toyota managed to find three seconds, so they’ve got some engine modes to play with.

The Le Mans track is a tricky one. In parts we’re on country roads and it’s a lot narrower in some places than you think, and at night it’s completely different. For a lot of the fast Silver ranked drivers, that lack of experience could be an important factor. That’s a lesson I learned the hard way.

Traffic is also always a concern, but this year things don’t seem quite as bad as they’ve been in the past. There are only five Hypercars and the GTE Pro field isn’t as full as it has been, so there are a lot more amateur drivers out there.

Another factor this year has been the number of red and yellow flags. It’s been hard to get a lap in at points and even after qualifying we haven’t managed to get all the data we’d have liked. Earlier today, I got only as far as Arnage on my first lap out of the pits before the red flag was shown. So there’s lots of work still to do, but we’ve got a couple of practice sessions left to get through that.

The good news is the car is fast. It was a tough start to the year in the European Le Mans Series, but Panis Racing has really turned things around and our hopes are high for this weekend. In qualifying, Will put in a great lap to get us into Hyperpole, and he’ll be in the car for that session tomorrow.

So far the car is well balanced and the three of us, Will, Julien, and I, are able to get good speed out of it without having to take too many risks. The way the week is unfolding, that will be important in the race, because the number of red and yellow flags has shown us that we need to stay out of trouble, even if that means giving up a little bit of lap time in the process.

For me, my focus now is on rest. We’ve more running tomorrow, two practice sessions separated by Hyperpole. Friday is a rest day for us, though we’ll still have to be at the track. After that we get into the race itself, so managing energy levels now is extraordinarily important. Qualifying finished at midnight, and I didn’t leave the track until 1am. By the time I get to bed it’ll be close to 2am, and I’m needed back at the circuit at 11:30 tomorrow morning. I guess that’s one of the good things – we finish late, but we start late as well. My focus is on sleep and recovery, with our team boss, Simon, telling us to grab sleep whenever we can so we’re ready to go for the race.

Tomorrow will be another busy day, with lots of work to fill in a few gaps in our data heading into the race, and of course supporting Will in Hyperpole.